This website requires certain cookies to work and uses other cookies to help you have the best experience. By visiting this website, certain cookies have already been set, which you may delete and block. By closing this message or continuing to use our site, you agree to the use of cookies. Visit our updated privacy and cookie policy to learn more.
Home » Blogs » Crossing That Bridge When We Come To It » Cashman Family Foundation's new bridge in Perches, Haiti

The rural town of Perches, Haiti, is located in the country’s northern highlands.  The community is at a remote and isolated location, with about 20,000 residents who live in the town and many more in the surrounding area.  Residents rely on an unpaved road to access facilities to the north, including a local hospital.  But, access is impeded by the Rivière Cochon Gras. The road crosses the river at grade level, which is satisfactory during the dry season.  But during the three or four rainy months,  the crossing is frequently impassable.  This poses a great hardship on town residents, who then lack reliable access to the north for health care at the hospital and other services. 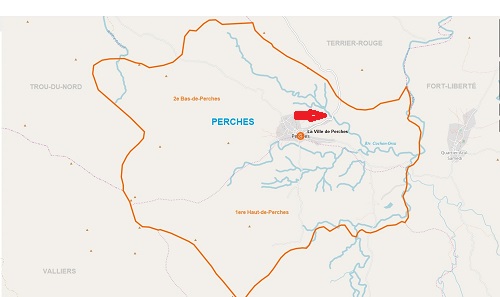 Overall, the area is economically distressed (even by Haitian standards), and it has experienced an exodus of young, able-bodied people. The Mayor estimated that around 2,500 people have left Perches in the last 5 years to seek work elsewhere (to the Dominican Republic, Port au Prince, Cap-Haitien, or the industrial park area around Caracol).  It is envisioned that a new bridge and road improvements will result in increased local property values.  The improved reliability of access will make it easier for residents to commute to the Caracol industrial park.

“Before construction of the bridge, Perches had earned a reputation in the region as a place not worth moving to or visiting because the river crossing made travel too unpredictable, and occasionally dangerous. There have been a few instances of drownings of people attempting to cross the river when it was flooded, and of medical emergencies that occurred in the town when the river was too high to cross. Aside from these tragedies, the most major cost to the community has been the loss of revenue and opportunity caused by the perception that the town is just too hard to get to. There are also always several days a year when children and teachers cannot make it from one side of the river to the other, and buyers and sellers cannot make it to the weekly market.”

The Cashman Family Foundation has assisted the town in providing construction services for a new highway bridge to cross the river.  The superstructure consists of a prefabricated pony truss panel bridge, owned by the Foundation and donated to the site.  The components were shipped from storage in Quincy, Massachusetts, to Perches for reassembly and bridge launching.  Previous geotechnical exploration work was done by volunteers on behalf of Engineers Without Borders, and the Foundation worked with local officials to secure right-of-way access for a new bridge and connecting roadways.  Tighe & Bond worked with the Foundation to contribute design services for new abutment walls and supports for the bridge.  The abutments were designed as gravity retaining walls.  During the spring, the engineering and construction team worked closely together to optimize the design and coordinate it with construction procedures.  The project needed to consider local constraints such as available materials, equipment, and site conditions.

The walls were complete in July, 2019, and the bridge superstructure was launched across the river.  The overall bridge was substantially complete by the end of July.  Local Haitian engineers and constructors will complete grading of the approach roadways.

“It’s been said that Lyndon Johnson‘s ‘Great Society’ and ‘War on Poverty’ created more poverty.   One of the challenges in Haiti is finding good projects that help the people help themselves, without lining the pockets of third parties.  Perches was a good project.”

Below are some photographs of the new bridge.  Photos show the river at a time of relatively low flow. 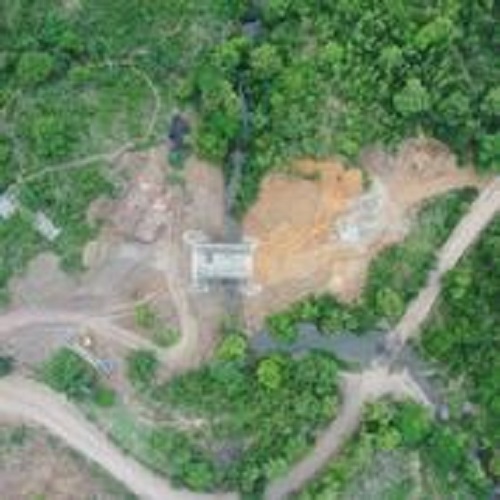 Overhead drone photo.  The old crossing at grade is at bottom, right. 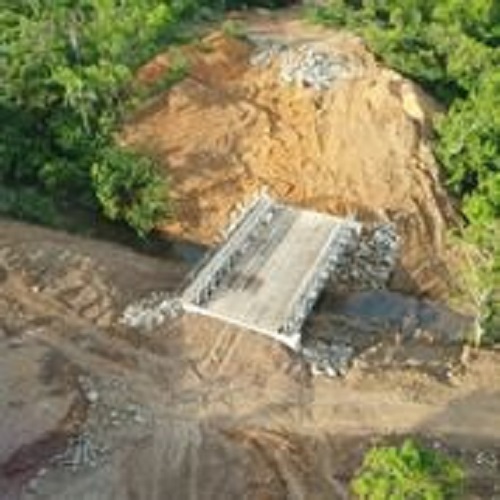 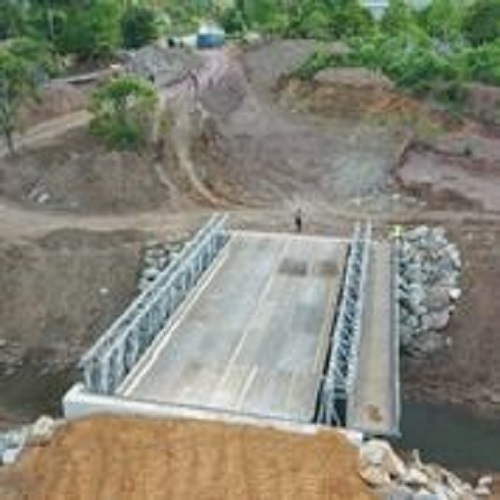 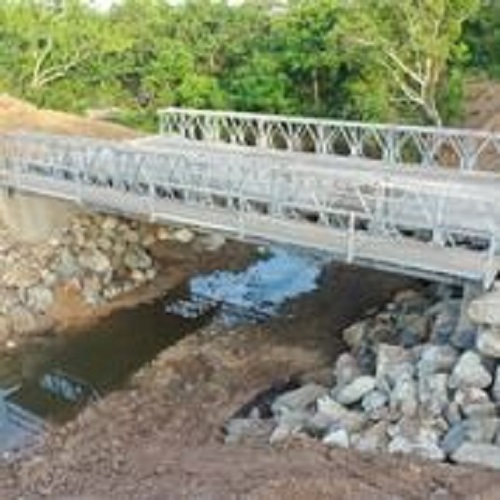 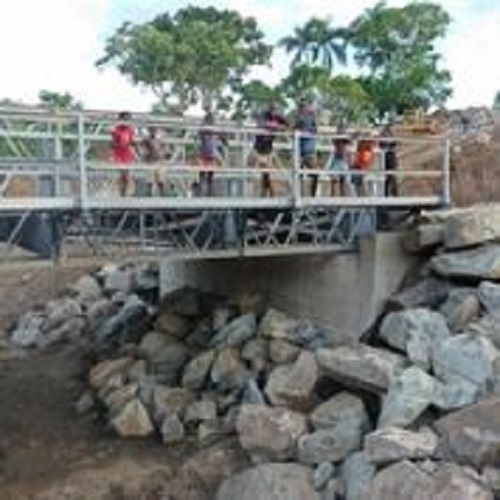