This website requires certain cookies to work and uses other cookies to help you have the best experience. By visiting this website, certain cookies have already been set, which you may delete and block. By closing this message or continuing to use our site, you agree to the use of cookies. Visit our updated privacy and cookie policy to learn more.
Home » Blogs » Crossing That Bridge When We Come To It » Approach Slabs for Bridge Approach Slabs

In bridge design, as in life

To avoid a hard point on a bridge, you construct an approach slab. This is a concrete slab below the pavement that extends ten or fifteen feet beyond the edge of the bridge. The idea is to gradually transition from the relatively flexible pavement on grade, to the rigid pavement on bridge structure.  Providing this gradual transition in stiffness helps to avoid pavement cracks and bumps in the road. 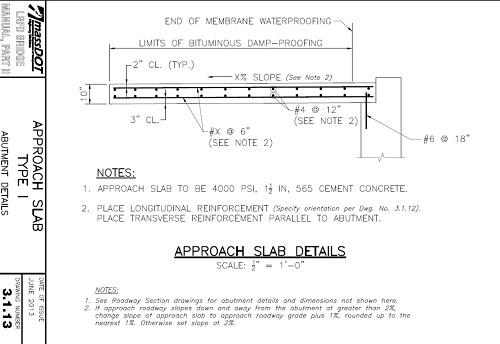 Engineers must address the transition from rigid rule to judgment in application of all criteria. It doesn’t only apply to bridge engineers, but all other engineer disciplines. It is like calculating a continuous beam using moment distribution. For those structural engineers who haven’t completed a moment distribution calculation recently, which would include almost all of us, that hoary old method involves continuous iteration until you arrive at the answer.  But there is no precise definition on when to stop iterating. The unbalanced moments get smaller and smaller, but they never reach a value of zero. It is asymptotic, an exercise of taking a half a step to the wall and never reaching the wall. At some point, you pretend that you have reached the wall and call it a day.

A classic question involves the decision on how many borings to take to characterize the soil for a foundation. The answer is: it depends. The geotechnical engineer requests 3,000 borings. The project manager, responsible for the budget, suggests three. The structural engineer wants accurate geotechnical information to complete the design and otherwise doesn’t offer an opinion. As a side note, if you take enough borings, not only do you have even better soil information, but also the opportunity to replace all of the soil altogether. This in turn makes the soil profile more definite.

Related to above, one of the bigger challenges that engineers must address is the resistance probability curve related to demand. In the engineering design of anything, what is supplied for resistance needs to be greater than the demand on it.  So in a bridge, the moment capacity of the beams needs to be greater than applied moments due to loading. But this is not a precise calculation.  There is calculation and measurement uncertainty every step of the way. 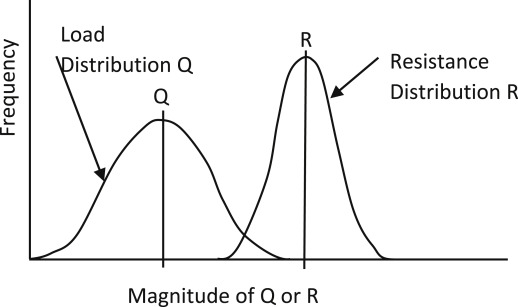 The figure above graphically shows the probability distribution of resistance, “R,” versus loading demand, “Q.” Fortunately, the resistance curve, R, is suitably to the right of the loading curve, Q. But in this probability distribution, there is overlap in which it is theoretically possible that a resistance point will be to the left of a loading point. Then, on some day, for some conditions, the supply is not bigger than the demand. The size of the overlap area on the plot is related to engineering judgment. Because these relationships are asymptotic, it is not mathematically possible to avoid overlap. But the more “R” is moved to the right, the greater the cost. The code writers make a judgment on what is a safe and practical overlap to achieve.

Similarly, we are called upon to apply engineering judgment at the free end of the approach slab.

So, the resolution of the approach slab to the approach slab conundrum involves application of a rule at one end, and engineering judgment on the other.  But this resolution does not answer a second philosophical question: if an approach slab is built in the forest, and no one drives across it, was it really built? The answer to that question is found on the road not taken, and it makes all of the difference. 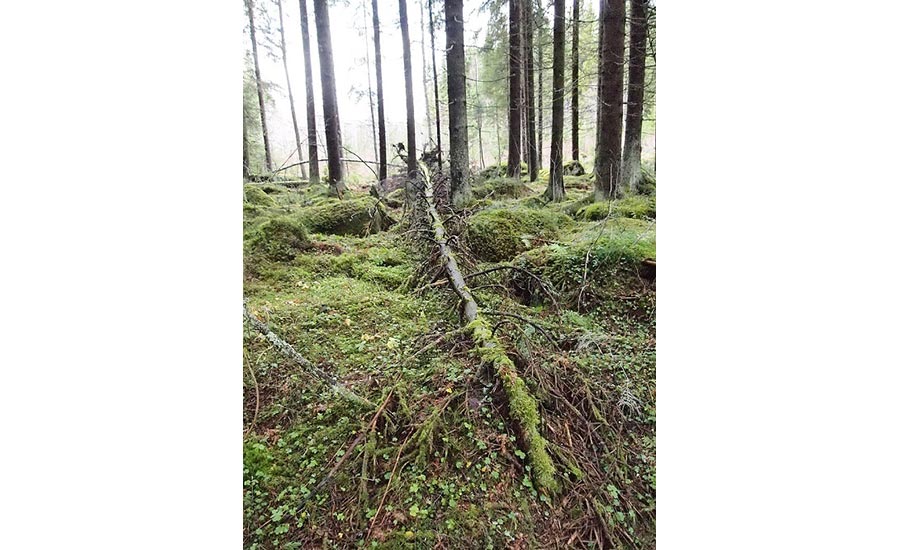