This website requires certain cookies to work and uses other cookies to help you have the best experience. By visiting this website, certain cookies have already been set, which you may delete and block. By closing this message or continuing to use our site, you agree to the use of cookies. Visit our updated privacy and cookie policy to learn more.
Home » Blogs » Crossing That Bridge When We Come To It » A Night at the Bridge Museum

A Night at the Bridge Museum

Sometimes when I visit museums, the infrastructure is the most interesting part for me.  I saw that a friend recently visited MassMoca. MassMoca (the Massachusetts Museum of Contemporary Art) is a beautiful modern art museum in North Adams.  It is sited in a former 19th century factory which was a leader in its day for fabrication of printed textiles.  Later in the 20th century, this businesses moved elsewhere, and the building complex was largely abandoned.  The site was repurposed as a museum in 1990, and today the spectacular old brick buildings serve as a home to an eclectic and (to me) somewhat strange museum.

When I visit MassMoca, I don’t get about 95% of what I’m seeing.  One time there was a dynamic exhibit in a large presentation space.  I forgot what it was supposed to be about, but pieces of white ripped toilet paper floated gently down from the ceiling.  I remember the floating toilet paper. 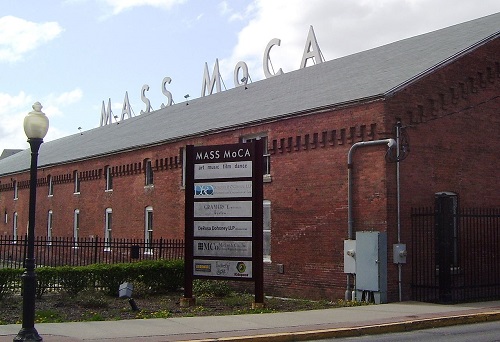 The combination of old, revived brick infrastructure as backdrop for modernistic exhibits is jarring and part of the appeal of the museum.  What if the museum was a little less abstract and a little more concrete, as in real concrete?  What if it was a museum of bridges?

It seems to me that bridges would be the perfect topic for a museum (granted, I am biased on this topic).  For a museum, bridges have it all!  There is bridge history.  There is bridge drama, such as the endless sad loop of the Tacoma Narrows that plunges into the sound every time.  Bridges are artistic and beautiful.  Bridges have social function, and social context.  Bridges are a natural attraction for kids- provide a stack of blocks and watch them build.  Bridges are great for teaching and hosting STEM activities.

Bridges are not only physical structures, however.  They are a perfect metaphor.  In a time of great disconnection and discord, bridges serve as tangible and metaphorical connectors that can help bring people together.  So, a museum of Bridges could be a place to celebrate all of these functions:  the building of connections of all types, both in concrete (and steel) and in the spirit.

The museum organization is currently planning a space in Oakland, California.  Richard shared some ideas on what is being planned.  With a mission to inspire future bridge builders and a vision of a more connected, less polarized society, the Bridge Museum is working on a six-month, 4,000+ square foot “proof of concept” exhibition this year. The exhibition’s three main sections will include exhibit areas  Structures, Symbols and Concepts.

The structural wing will examine "environment, materials and ingenuity”. While the geographical and geological environment are important, so too are the socio-political, financial, physical environment and its aesthetics. A 5’ x 5’ diorama, with adjustable parts, such as forests, villages, cities and nature preserves, will provide the background to understand these decisions, harnessing the positive impacts of a bridge and reducing its negative impacts. Students will explore elements of demand, load, availability of raw materials, and geology, giving them a glimpse into the myriad of decisions that bridge builders must make. The adjustable aspects will provide them scenarios in which to adjust how a bridge is built based on new information and variables.  Once they agree on a bridge’s function, then they can also discuss its aesthetics and how it graces the skyline. 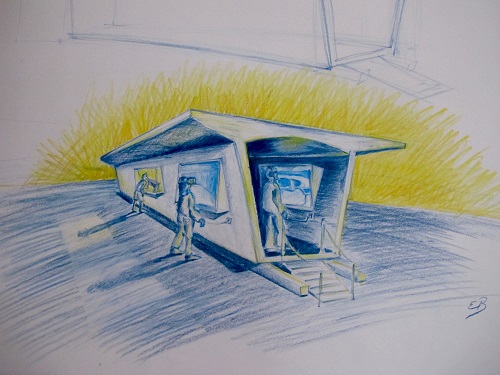 In the exhibition, kids will be provided the opportunity to understand the decision making process for large mega projects, in this case bridges, but equally important and applicable for all infrastructure.

Serving as a transition (or a bridge, so to speak) to the conceptual, the museum’s Symbols wing will highlight the role that bridges have played as a backdrop to confrontations concerning race, ethnicity, superpowers, or acting as creators of cohesion.  The Edmund Pettus Bridge in Selma, Alabama provided a backdrop for the civil rights movement in the 1960’s.  The history of this bridge is intertwined with the Bloody Sunday March of 1965 and eventually of its successful aftermath. 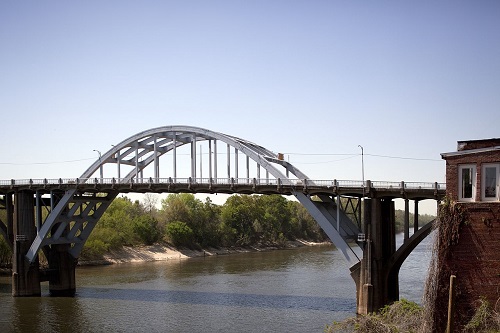 Edmund Pettus Bridge - By Carol M. Highsmith - This image is available from the United States Library of Congress's Prints and Photographs division under the digital ID highsm.07257. Public Domain, https://commons.wikimedia.org/w/index.php?curid=11972815

The story of bridges is not just about connection, but al;so of separation, such as when the the Old Bridge in Mostar in Bosnia and Herzegovina was destroyed in 1993 during the Bosnian war. Sadly, the loss of the bridge cut off the connection between Bosnian Muslims and the Catholic Croats. 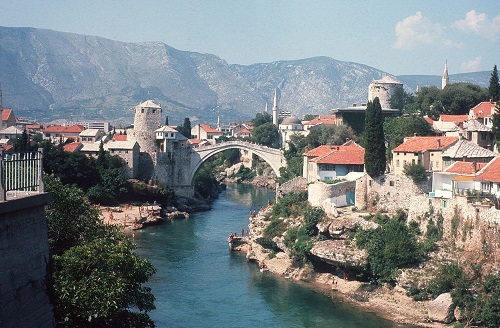 The museum’s third  wing will highlights the themes of "willingness, knowledge and practice”, with dialogue, active listening and the importance of empathy serving as important sub-themes.

We often use the phrase “to walk in someone else’s shoes”. Well, what would that be be like? An engineer, a refugee, a homeless person, a farmer, an architect? “40 shoes, 40 lives” will provide just that opportunity, providing visitors the experience of walking in someone else’s shoes, with brief descriptions of the ups and downs of that life.

A unique approach of the Bridge Museum is this melding of the concrete (pardon the pun) and the conceptual.  Visitors are challenged to experience and think about both aspects. Innovation is what lies in the grout between the tiles - in this case, uniting engineering and empathy. If that sounds like a stretch, try “human-centered design”, it’s what we should all be striving for in the built environment.

The concept of the bridge - the journey of A to B - has united people and enabled connections for millennia.  Given our current polarized landscape, maybe we can  develop more of an appreciation of the structures that enable the sharing of goods and services, the knowledge that understanding of the other brings and its importance for a better world. Museum founder, Richard Dion’s vision, opening later this year, is for a place that celebrates the physical greatness of bridges and their ability to connect us. 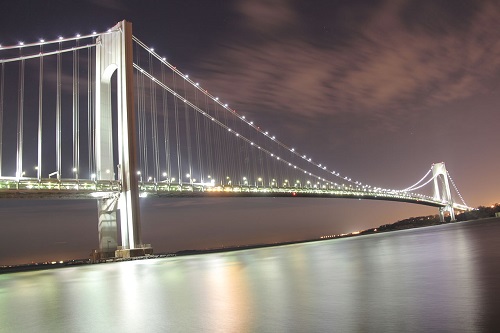