Quacky on the lam in Des Moines

In 2018, a large inflatable duck escaped from his mooring and started rolling down the street.  The duck, named “Quacky”, had been tethered for a charity event.  But he escaped and then started touring Southeast Sixth Street in Des Moines, Iowa. Quacky’s escape poses some philosophical issues as well as some more practical engineering design questions. 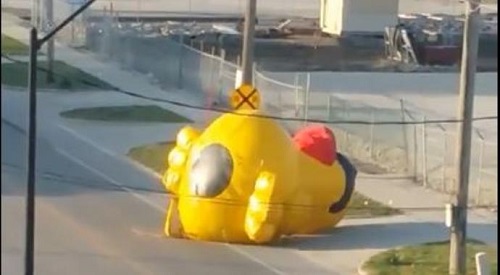 Starting with the practical:

Video footage and commentary from the incident notes that Quacky caused no damage during his escape.  Some motorists uneventfully drove by on adjacent lanes.  It is not typical to see a giant duck balloon floating by across the street.  The video shows no sudden reaction from motorists.

That motor vehicles could fit on a street brings into question the width of the street and overall capacity.  The road was geometrically designed for vehicular traffic but probably not for inflatable ducks.  This is a separate civil and urban design issue.

Clearly, Quacky is not a sentient being, but if he was, was it acceptable to keep him tethered in the first place?

OK, maybe that was not very philosophical. 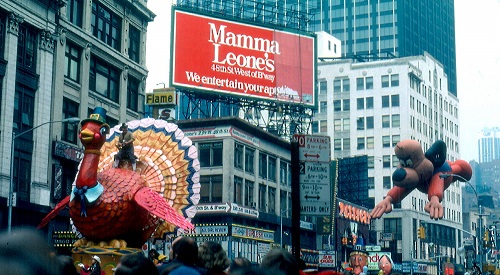 The parade is known for its giant balloons.  Fifteen or more multi-story balloons of cartoon characters are heliumed-up, and then tugged along the parade’s route down Fifth Avenue.  To an extent, this march has always been risky.  In addition to the bands and low-level floats, which are (usually) successfully moored to the earth, giant balloons are at the mercy of the wind.  The balloons are dragged down the windswept canyons of Manhattan by young parade marchers.  It is late November, a time when the weather could be calm and pleasant.  Or, blustery fall gusts may fiercely concentrate in the funneled space between the buildings and swoop down and around the parade.

During the unusually windy Thanksgiving of 1997, the balloon masters struggled to maintain control over their charges.  Unfortunately, Barney the Dinosaur was in trouble.  A video shows the parade coming to a stop when the wind picked up.  Barney sways in the gusts.  The staff valiantly struggles to keep Barney in line without themselves being swept up into the maelstrom.  Ultimately their struggles were for naught.  The hapless purple dinosaur fluttered and flopped, until he was fatally stabbed by a light pole.

A brief aside (and this works better if you know the “Barney” theme).   Everyone sign along:  “I love you.  You love me.  We’re a happy famil…” PPSptsptssssssssssssssssssssss. 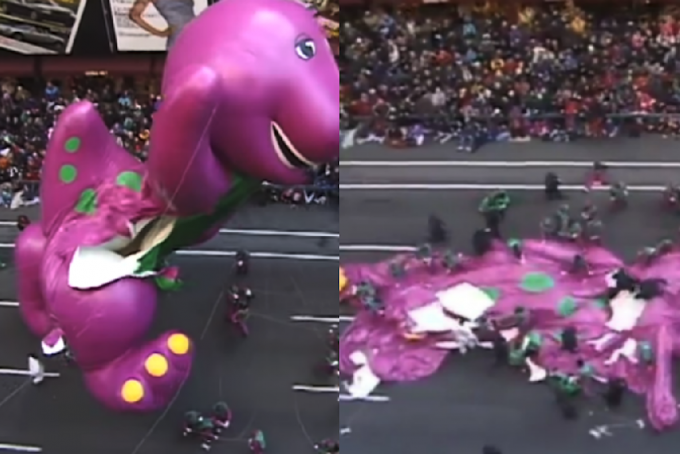 You can watch the video with the same morbid fascination as you might feel when watching the Tacoma Narrows Bridge loop.  Barney deflates, and his balloon guts are splayed on 5th Avenue as the crowd gasps in either amusement or horror.  Sadly, many preschoolers probably saw this event live, and then their parents probably struggled with explanations or therapy.  Over twenty years later, the preschoolers are now young adults carrying the hidden scars of seeing Barney impaled.

Engineers dealing with wind need to address the reality that a clear, calm day can suddenly turn on you and deliver large pressure loads where there were none before.  Conceptually, wind does not seem quite right.  Air is usually invisible, benign and allows you to breathe it, which are positive attributes.

If you live in Tornado Alley, the cognitive dissonance is greatly increased.  If you are troubled understanding how wind can exist, what do you make of the sky when a whirling funnel drops out of a cloud and the city is blown to bits?  For those who are fortunate not to live with this threat, the basic idea seems implausible.  Some who do live with the threat apparently are able to compartmentalize. 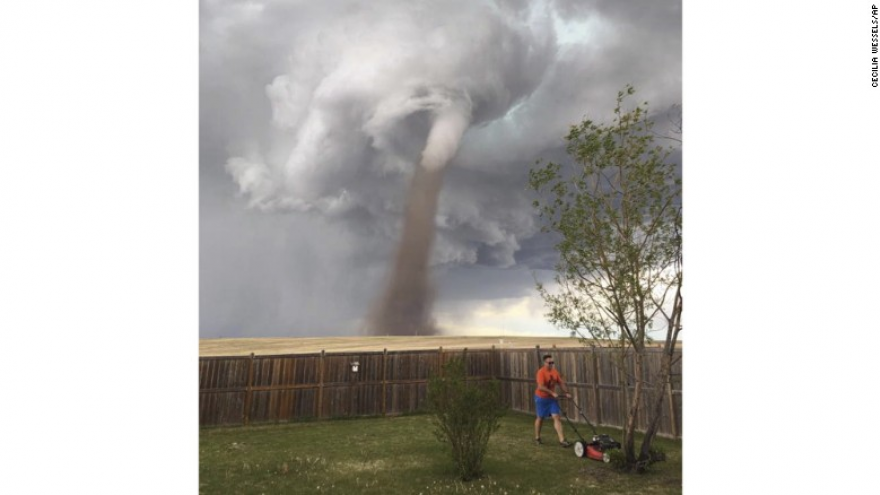 The same wind that powers tornadoes and hurricanes can also power windmills (hopefully at a lower velocity).  As renewable energy sources continue to develop as viable alternatives to fossil fuels, engineers working on turbines have to address this wind dichotomy.  Tufts University has developed an active research and education program for offshore wind analysis and design.  New offshore turbines are increasingly in the path of hurricanes and coastal winter storms.  Harnessing the wind without the blades blowing off is one challenge.  The opportunities and challenges are liable to increase with increasing wind speeds and frequency of storms, impacted by global climate change.

Back in Iowa, it was good news that Quacky made it home safely.  But the story was not as positive for his Scottish cousin.