This website requires certain cookies to work and uses other cookies to help you have the best experience. By visiting this website, certain cookies have already been set, which you may delete and block. By closing this message or continuing to use our site, you agree to the use of cookies. Visit our updated privacy and cookie policy to learn more.
Home » Blogs » Crossing That Bridge When We Come To It » In the Shadow of Massachusetts' Braga Bridge

In the Shadow of Massachusetts' Braga Bridge

“Fall River Dreams,” by sports reporter Bill Reynolds, is a book about the Durfee High School basketball season of 1993-1994.  Fall River is small city in southern Massachusetts near the Rhode Island border. The city was one of the world’s top producers of textiles until the Great Depression. Then the city suffered an economic decline when manufacturers relocated to the south and then offshore. Many former factories and mills have been abandoned.  Some have been re-purposed as discount shopping malls, but others sit and slowly decay. Occasionally, fires burn down the empty buildings.

In booming Massachusetts, the city is economically lagging even today. 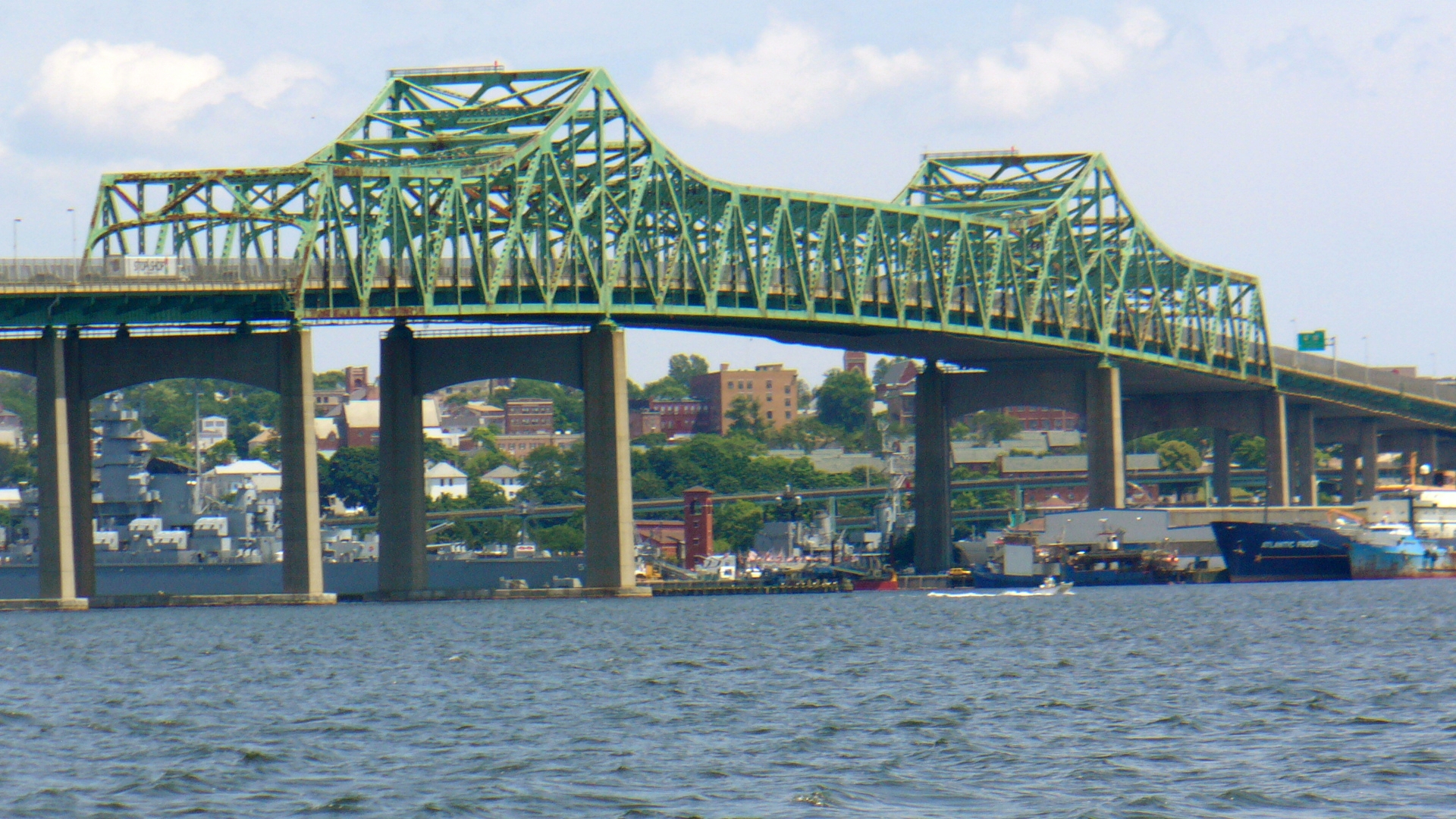 In the 1990s, the high school team won several Massachusetts state championships and was a regular participant in the playoffs at the end of the season. This was a source of great pride for the city, which had otherwise fallen on hard times. “Fall River Dreams” focuses on the school’s long-time coach, Skip Harram, and star point guard, Chris Herren. Reynolds spent a year shadowing the team up to the playoff season. In addition to basketball, the book describes Fall River’s history and how, at the time, the basketball team's success contrasted with the city’s overall decline.

Throughout the book, the Braga Bridge is described as looming over the city. It is almost another character in the story, although an inanimate one. The bridge carries Interstate Route 195 over the Taunton River, with the longest span in Massachusetts at a relatively modest 840 feet. It opened in 1966 and is a typical cantilever truss bridge of that era.

Reading a book about events in 1994, you get a sense of things frozen in time. The story ends that year, but readers in 2018 have the benefit of knowing what happened in years that followed. The 1994 high school team did not make it to the finals. In the post-season, star basketball player Chris Herren was on the verge of achieving greatness. He was scouted by several major college programs and seemed poised to move on to a star career. In the end, he decided to attend Boston College, where his brothers had studied.

But the story did not end in 1994. After the book, things took a turn for the worse. Herren as a college player became addicted to drugs. He played professionally for a few years, including a stint with the Boston Celtic. But his substance abuse grew worse, to the point where he overdosed on heroin. Today he is a recovering addict who coaches youth and gives motivational speeches about overcoming addiction.  Herren’s memoir, “Baseketball Junkie,” written after 1994 and co-authored by Bill Reynolds, chronicles his decline and later redemption.

The story of the Braga Bridge also did not end in 1994. It still looms over Fall River, but like the Fall River textile industry, in a sense its time has passed.  The glory days of long-span cantilever truss construction peaked in the 60s.  Following that, cable-stayed spans gradually usurped the role of the cantilever bridges. Modern cable-stayed bridges were first developed in Germany and western Europe as a replacement for bridges destroyed in World War II. American bridge builders imported the design based on its cost efficiency and constructability. Today, cantilever truss spans for the most part no longer are built.

A trip down the Mississippi River illustrates the trend. Crossing the river requires bridge spans typically in the range of 1000’ – 1500’. From 1874 on U.S. bridge builders constructed a series of crossings, starting with the arch spans of the Eads Bridge in St. Louis and then moving on to a series of more generic cantilever trusses. Many of the old bridges remain as legacy bridges, but they are gradually being replaced by new cable-stayed bridges.

Recently, the Stan Musial Veterans Memorial Bridge bridge was built in St. Louis, carrying I-70 over the Mississippi. This is a magnificent, elegant bridge, crossing just north of the Eads Bridge. Aerial photographs show the contrast between the old and the new. The bridge provides a modern and sleek bookend to the historic Eads bridge further south. 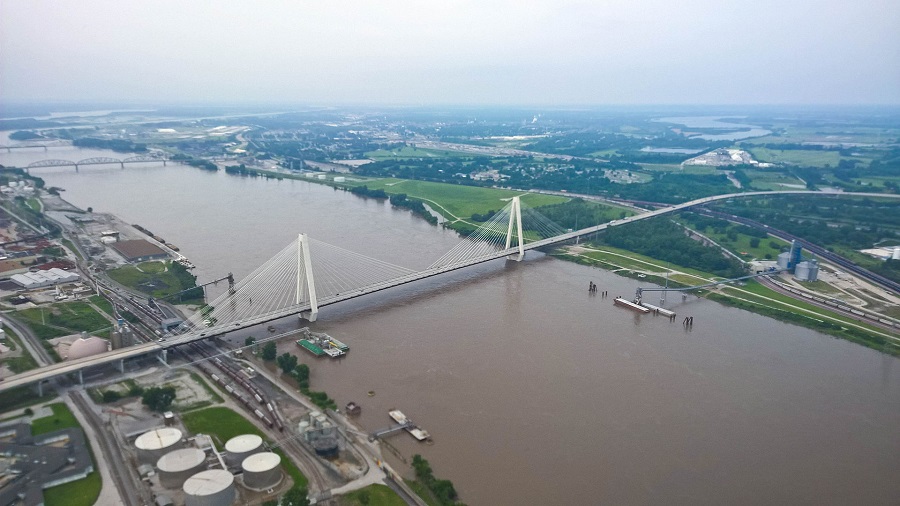 Recently, traffic was diverted to the new Tappan Zee bridge crossing the Hudson River north of New York City.  The old bridge was one of the world’s most heavily travelled cantilever truss spans.  The new bridge features deep steel girder approach spans that gradually rise to the main span, twin cable-stayed bridges with tuning fork pylons.  The new Tappan Zee Bridge is one of three new cable-stayed spans in New York.  The others are the replacement for the Kosciuszko Bridge in Queens and the new Goethals Bridge connecting Staten Island to New Jersey.  The old Goethals Bridge was a functionally obsolete cantilever truss built in 1928 with narrow travel lanes.

In Massachusetts, the iconic Zakim Bridge has replaced the old high level Central Artery truss bridge crossing the Charles River.  But the Braga Bridge and the cantilever truss Tobin Bridge will probably remain in service for many years to come.  Both bridges have been the subject of recent reconstruction and painting projects.

Overall, cantilever truss bridges have seen their day.  The ones that remain in service tend to carry heavy traffic loads and are functionally obsolete.  In the accounting debate of repair versus replace, cantilever trusses usually do not receive additional points for charm like covered bridges and other favored historic types.  Some, like the Scottish Firth of Forth Rail Bridge and the Quebec Bridge have made it to icon status 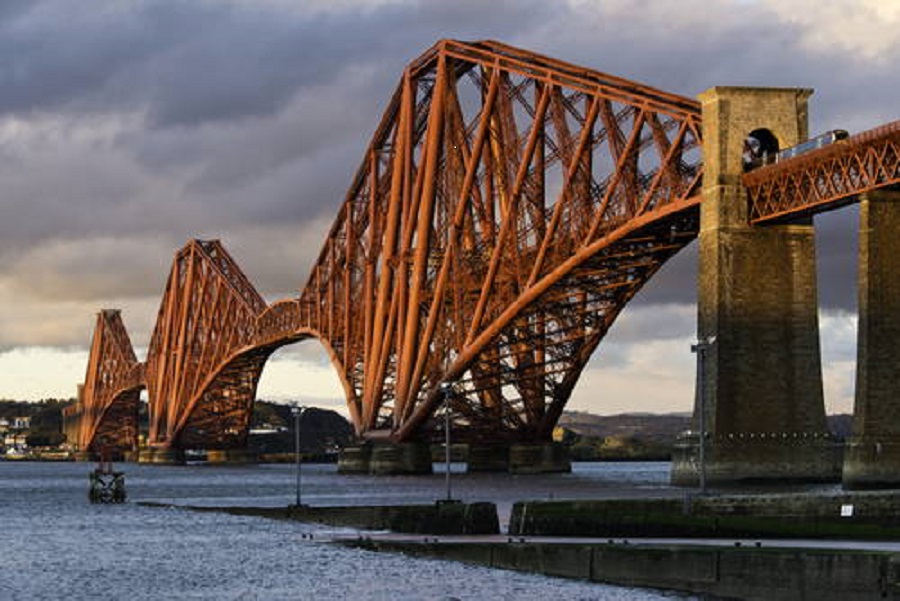 But other generic cantilever trusses are not appreciated in this way.  Their industrial, blocky forms are increasingly expensive to maintain and they will likely be replaced over time.