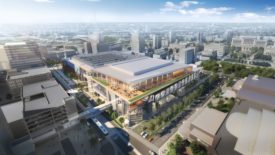 Projects across ENR's 11-state Midwest region are being postponed or shut down due to the COVID-19 pandemic with no real certainty in sight as to when they might continue. The wide-ranging secondary effects of the novel coronavirus and the shutdowns it caused include loss of sales tax and revenue for state incentives. 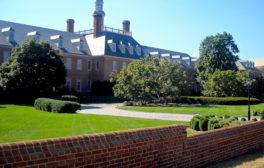 The future of the iconic Fannie Mae property in northwest Washington, D.C., with a mixed-use “urban village” redevelopment plan that includes residences, hotels and commercial space. 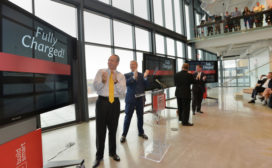 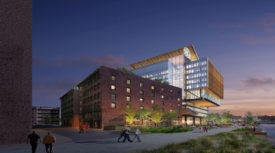 A day after releasing renderings for its new global headquarters in Boston’s Fort Point Channel on Monday, General Electric will present its plans to the public on Tuesday night. Designed by Gensler, the new 2.4-acre campus located at 6 Necco Court will include two rehabilitated historic brick buildings and a newly constructed 12-story building connected by a bridge and a pedestrian walkway. 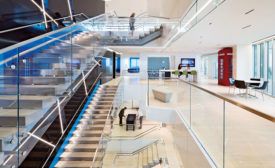 No Comments
The 181,000-sq-ft administrative and operations center for a leading satellite services provider took shape as a high-rise building.
Read More 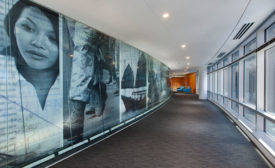 No Comments
CNA’s 140,000-sq-ft headquarters is the operations center for specialized national security research and analysis for clients such as the U.S. Navy.
Read More
Subscription Center
More Videos