Of the millions of things you can buy at Amazon.Com, one is a book entitled “A Million Random Digits with 100,000 Normal Deviates” by RAND Corporation.  The book is a giant table with pages of random digits.  Other than an explanation of where the digits came from, that’s it.  Just tables of numbers.  There is no plot, pictures or really anything. 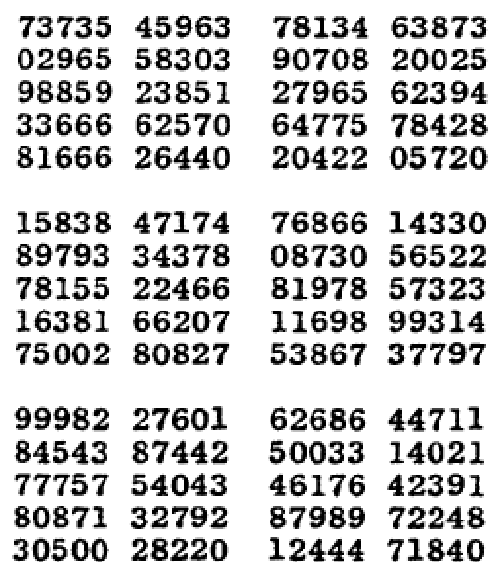 Amazon is selling the 0th Edition.

"A Million Random Digits"? HA! They only used 10, and just kept repeating them in different combinations! Don't be fooled!”

“For those of us without a two week vacation to devote to this tome, I would like to see a Clif's Notes version. Maybe 10,000 random numbers?

“SPOILER ALERT: They just pretty much stay random the whole time, no plot twists or anything. I mean if you've seen one random number, you've seen them all. In a slap in the face of randomness, the very randomness of it got repetitive after a few pages. Save yourself the time, and if you need a random number, just sort of think of a random number in your head and write it down. Odds are it’s in the book already, and you saved yourself $80.”

"I can't understand all the negative reviews! This book literally contains everything I could ever ask for in a book. Recipe for spanokopita? Check! Name of every person ever born? Check! Next week's powerball, bingo, MLB, and NASCAR results? Check! By randomly combining and recombining the contents at random, I have read the works of Shakespeare, Harry Potter 8: the Tomb of Crying Stilton (to be released in 2014), the Bible AND the REAL Bible. I threw out my other books when I realized I could just jump around in this book and derive any other book I wanted. I think Borges wrote a story about this, but it's taking me a while to find that story in my book. I did find some steamy erotica this morning, though, so who's complaining?”

The book was originally published in 1955.   In the introduction section which is not just numbers but includes text, it states:

“Early in the course of research at the RAND Corporation a demand arose for random numbers;  these were needed to solve problems of various kinds by experimental probability procedures, which have come to be called Monte Carlo methods.  Most of the applications required a large supply of random digits or normal deviates of high quality, and the tables presented here were produced to meet those requirements.”

The book is, thus, an earlier entry in the now relentless march of Big Data.  Today, random numbers can be generated electronically.  But back in the day, there were no desktops or smart phones.  So, a printed book with tables of random numbers could be used to prepare growing stacks of punch cards to feed the old, clunky Fortran programs.  How were these printed numbers applied in research?  You can painfully envision the process of manual typing to transcribe the numbers from the book.  When you cut and pasted back then, it was with scissors and Elmer’s Glue.

Infrastructure design and construction is a relatively mature field, so maybe we should be less impacted by Big Data than rocket scientists or brain surgeons. 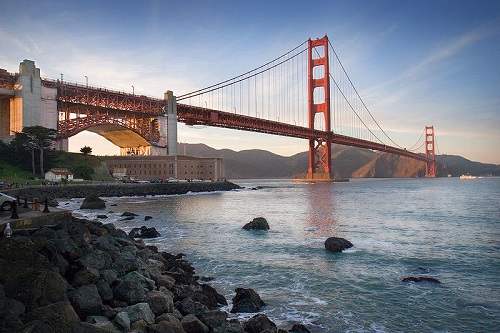 But even if you could design a suspension bridge in the 30’s by slide rule without AutoCAD, today a lot more information needs to be accumulated and managed.  The bridge design code, AASHTO, is more than twice as big as it used to be (literally) and those bridges aren’t going to design themselves, at least not yet.  Data management for now involves a lot of data creation but not as much management.  Considering the current challenges and excesses of Big Data, reading a paper book on random variables, with actual printed tables of random variables, is quaint and almost strangely comforting.