Great workouts on some great bridges.

Before aerobics, start with some stretches.  One way to get off your butt is to perform the “Lying Butt Bridge”.      In this maneuver, you lie on your back and extend your pelvis upward.  This helps your core turn into a bridge, which by itself is good in addition to the toning functions.  A Lying Butt Bridge looks to be like a yoga position such as “Downward Dog”, but it involves more engineering and less canine. 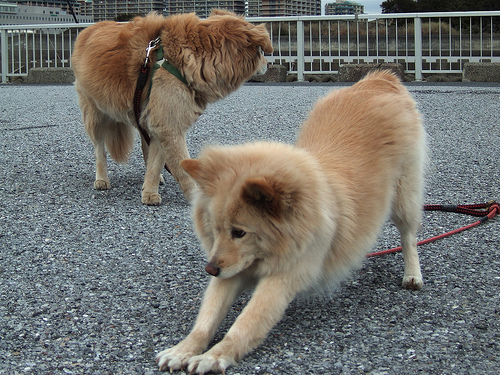 The organization that champions the Lying Butt Bridge does not specify what type of bridge is to be simulated.  But if a bridge type study was to be performed, two structural bridge types may be identified.  These bridge types are based, to extent, on existing site conditions:

Formation of the Lying Butt Bridge assumes the presence of a firm subsurface to support the foot foundations.  (It is further assumed that for these bridge foundations, piles or drilled shafts are not to be used, but the feet are placed on a matt, resulting in a matt foundation).  If the substrata is not as firm as needed -  say you are performing the move at the beach or at the bottom of an excavation with exposed Boston Blue Clay  -  it may possible to design a Tied Lying Butt Bridge.

For a Tied Lying Butt Bridge, a tension tie is placed from the ankles to a ring connected around the participant’s neck.  Like a miniature Freemont Bridge, thrust forces are thus resolved in tension through the tie, instead of into the mushy beach sand or Boston Blue Clay sub-strata.  Care is to be taken with design of the tension tie so that the participant is not strangled.

After warming up with a Lying Butt Bridge, engineers can participate in more advanced exercise by running a marathon.  One of the world’s signature marathons is run in New York City.  This marathon starts on Staten Island and immediately crosses the Verrazano Bridge.  The race has another 25 miles or so after that, but bridge engineers can stop once they arrive in Brooklyn.  In other words, after running across the spectacular Verrazano Bridge, why bother with the rest of the run?  Although, another dozen miles or so later, runners get to cross the Queensboro Bridge. This may be worth the additional mileage. 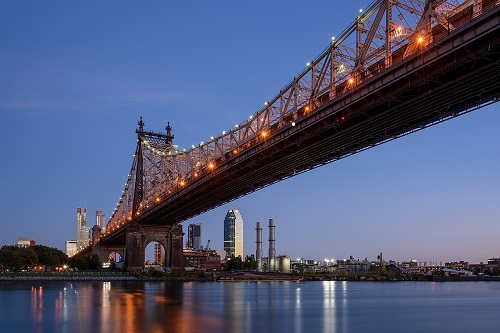 The spectacle of thousand of runners pounding the pavement on the Verrazano Bridge is something to see.  The bridge does not have a sidewalk, so the Marathon is one of the few times that pedestrians can experience the view.  Unlike the rival Golden Gate Bridge which was seen to flatten out under heavy pedestrian loading, the Verrazano Bridge appears to maintain its shape with limited distortion during the race. 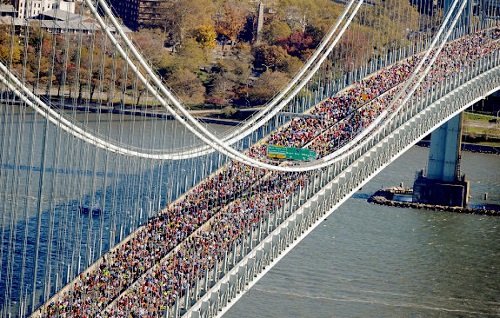 Not exactly related to exercise:   the Verrazano Bridge has become involved in an issue that people have gotten exercised about.  The bridge was named after Giovanni da Verrazzano, the Italian explorer.  But the official name of the bridge is misspelled, since the explorer’s last name has two “z’s”.

The cause of the original spelling error is not certain.  Over 50 years later, the Governor of NY signed a bill to change the official name of the bridge.  Adding a “z” is relatively easy.  Changing all of the street and highway signs is not as easy.  Fixing the signs is estimated to cost up to four million dollars.  To save a little money, maybe the last name of Giovanni da Verrazanno could be changed instead.

In Charleston, South Carolina, you can run across one of North American’s most beautiful spans, the Ravenel Bridge.  It crosses the Cooper River east of the city center.  The crossing features a sleek cable-stayed span which replaced two outdated cantilever truss bridges in 2005.  Each April, half the deck is closed for a charity bridge run. The experience is a combination of competitive exercise and pure bridge grandeur. Rhode Island also has several bridge runs and bike rides.   New England’s longest spanning bridge, the Newport Bridge (Pell Bridge), is featured in a 5K run.  The turf expands to four bridges for cyclists as part of the Four Bridges bike ride.   . Although the bridges are big and impressive, the state is sort of small.  Race participants need to be careful to stay within state boundaries and avoid ending up in Connecticut.

To get exercise in more laid-back environment, you could journey to San Diego.  For outdoor-oriented engineers, the city provides the Seven Bridges Hike.   This beautiful hike crosses bridges with a nice variety of structural types and views.  The Cabrillo Bridge is a vintage 1914 multi-span arch bridge that has a Roman-viaduct vibe.  There is a great pedestrian suspension bridge crossing Kate Sessions Canyon. Along the 5.5 mile route, there are plenty of coffee shops to meet with native Californians. 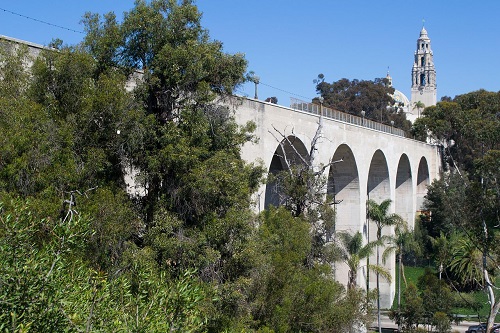 For those running in bridge races and hiking the seven bridges of San Diego, a lot of stretching is a good idea.  In addition to performing the Flying Butt Bridge, Stylecraze provides 14 other bridge exercises.  Engineers may perform such structural moves as “Single Leg Bridge Ups”, “Weighted Bridge Ups”, and a “Reverse Bridge”.  A Reverse Bridge is actually a tunnel.