This website requires certain cookies to work and uses other cookies to help you have the best experience. By visiting this website, certain cookies have already been set, which you may delete and block. By closing this message or continuing to use our site, you agree to the use of cookies. Visit our updated privacy and cookie policy to learn more.
Home » Blogs » Crossing That Bridge When We Come To It » Lost in Space, Found in Infrastructure

Lost in Space, Found in Infrastructure

The latest thing in TV does not really involve TV, but streaming, which is ultimately the replacement for TV.  Now many millennials do not watch TV or even own a TV set.  Instead they download programs on their devices whenever they feel like watching them.  This is different from back in the day, when you sat in front of a TV and waited for the program to be broadcast at a specific date and time.  If you missed it (and prior to videotape) there was always the opportunity for repeats.  But it was not at your convenience.

Lately, the new big thing in programming is redoing all the old TV shows from the 60’s and 70’s.  This is the current source of programming creativity.  The streaming service, Netflix, which isn’t TV, has taken the lead in the reimagining of old TV shows.  Their most recent creation is a new version of “Lost in Space”.  Back in the early 60’s, “Lost in Space” was a super-cheesy, monster-laden science-fiction opus with dubious science, cardboard characters, silly special effects, and an underlying morality and ethos reflecting on the times.  The basic conceit was of an American suburban family that somehow got Lost in Space, and then had to battle giant talking carrots and other external threats, all while Dad went to work and Mom did light housekeeping prior to tucking the kids in at night. 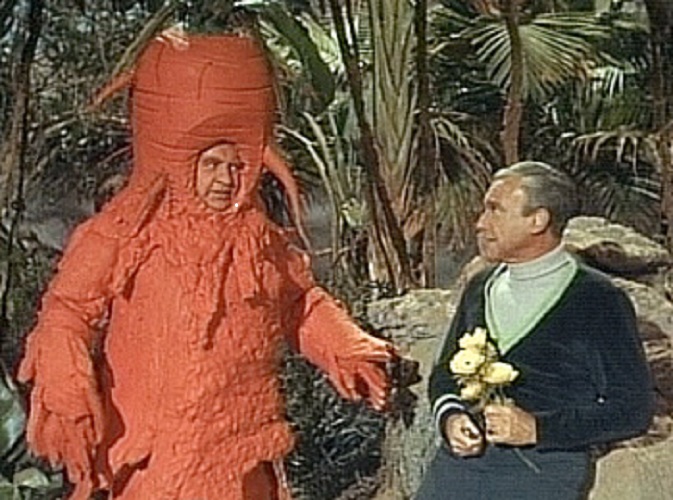 There was also a robot. 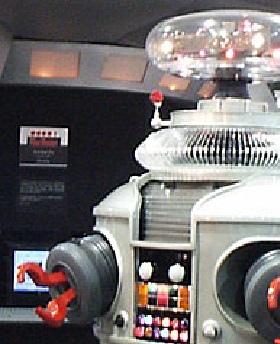 For much of the 60’s show, the family is shown as setting up shop on a planet where they had crashed landed.  The planet exterior was depicted on an elaborate (for the time) soundstage with limited depth, faux rocks and plastic alien plants.  The crashed spaceship became a somewhat futuristic version of suburbia.  It is, in effect a split-level ranch spaceship with an outdoor patio where Dad could grill.  Mom often wore an apron and did the dishes. 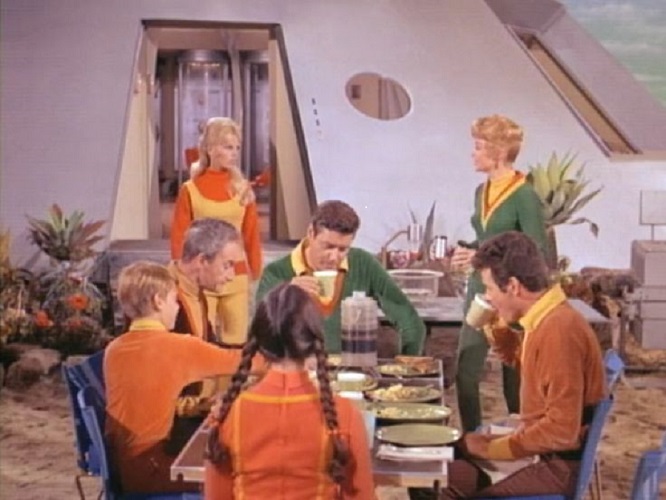 It is not clear why Netflix decided to update this show.  It was not, perhaps, the pinnacle of TV drama for its time, or any time for that matter.  But to Netflix’s credit, the update is clever and at times even profound.  The narrative strategy appears to be a combination of big-budget effects, a refocus on the cheese (which is now comfort food for today’s nostalgic viewers), and a redo of 1960’s themes through a 2018 lens.  Where themes in the 60’s show were black and white, in 2018 everything is ambiguous.  In the original show, threats to the nuclear Robinson family were all external but the Robinsons were largely intact.  In the reboot, Mom and Dad got divorced.  The robot is an alien that may or may not be evil.  Dr. Smith, the black-hatted male villain from the 60’s, has been rewritten in 2018 as a possibly psychopathic woman who is also strangely sympathetic.  All of the 21st century characters have dark secrets along with plot-driving impulsive behavior.

The new show is beautifully rendered and provides a full vision of a future world not seen in past science fiction productions.  In this way, the show is astonishing.  It also has something to say about infrastructure today.  As the original show inhabited its time and provided a view of suburbia, the new show also is a product of 2018.  Consistent with other elements of the show, infrastructure is shown to be ambiguous.  The crashed spaceships look like they might be involved in some city building. But maybe not.  It is all very tenuous and when it is time for “expansion” of the spaceship on the ground of the planet, a bulb-out section initially fails and hits a giant rock.  This never would have happened in the 60’s, when new freeways roared across the land and there were no limits to the built future:  two cars in every garage.  In the 1960’s version of Lost in Space, the American suburban dream was flowering across the landscape.  Everyone was at home on the alien planet sitting at the picnic table.  All they had to worry about were the giant talking vegetables and other external threats.

In the 2018 version of the future, Mom and Dad (who may or may not like each other) are too busy wandering off on various jaunts to sit still for dinner at the picnic table.  No one cleans the dishes.  So, we don’t know if a community will be formed, or if it all ends up as tents, smoke and mirrors.  At the conclusion of the reboot’s first season, the Robinsons somehow escape into a black hole after refueling their spaceship using giant bat guano.  On the other side of the black hole, we may encounter another vision of future infrastructure that is very much grounded in the present.  That is to say, it will probably reflect on a lot of the ambiguities and uncertainties that we deal with now.