Constructing a cruise terminal at the start of the COVID-19 pandemic was a surreal experience for the project team, but pandemic disruptions did not derail work on the Norwegian Cruise Line Terminal B, now a soaring landmark at the Port of Miami that can handle cruise ships carrying up to 5,000 passengers.

The 189,730-sq-ft cruise terminal’s complex geometry offered the project team a chance to employ advanced BIM and virtual design and construction techniques. This let them steer clear of some of the problems that can cause similar projects to run aground, says Peter Kinsley, president of infrastructure and transportation at Haskell, half of the NV2A-Haskell CM-at-risk joint venture.

“From a modeling and technology standpoint, we took the tools of the industry to the limit,” says Kinsley. The complex fabrication of the over 8,200 tons of structural steel and 110,000 sq ft of curtainwall called for in the cruise terminal’s design necessitated a 3D model-based delivery approach. “We were able to allow suppliers to fabricate directly from the model,” he says. Working with six different steel fabricators and a curtainwall fabricator based in Colombia, it took some careful planning to ensure quality control. Curtainwall segments were fabricated and delivered in 12-ft by 16-ft sections with glazing already installed, all fabricated from the model without waiting for field dimensions taken during the construction phase. 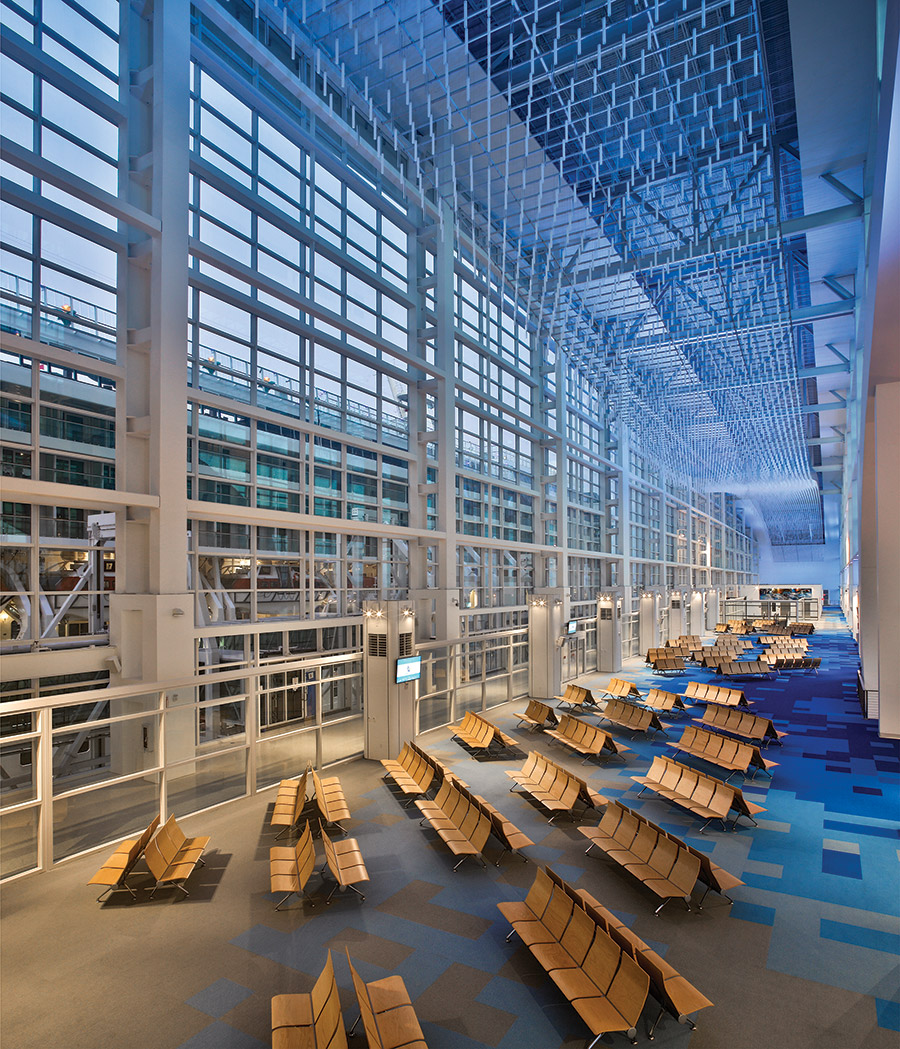 Kinsley cites the joint venture’s willingness to carry the risk of this approach, rather than putting it on the subcontractors, as key to the project’s eventual success. Extensive use of reality capture and a continuously updated BIM during construction kept the team in sync, Kinsley says. “We saved a tremendous amount of time.” The NV2A-Haskell joint venture estimates that this model and VDC-driven approach shaved roughly six months off the project’s schedule.