When the first design offered for Norwegian Cruise Line’s new flagship terminal at PortMiami was initially delivered, it looked nothing like the striking, curvilinear building that now stands out so singularly at the site.

Originally, say contractors, the  design—delivered to Miami-Dade County in late 2017—was more like a “box of a terminal.”

“Except that when he said, ‘A-ha, that’s what I want—build it for me,’ all we had was a PowerPoint presentation,” Arditi adds.

“We literally just had a picture of a building,” concurs Ed Curry, director with The Haskell Co.,  who helped lead development of the building information model that would guide construction. 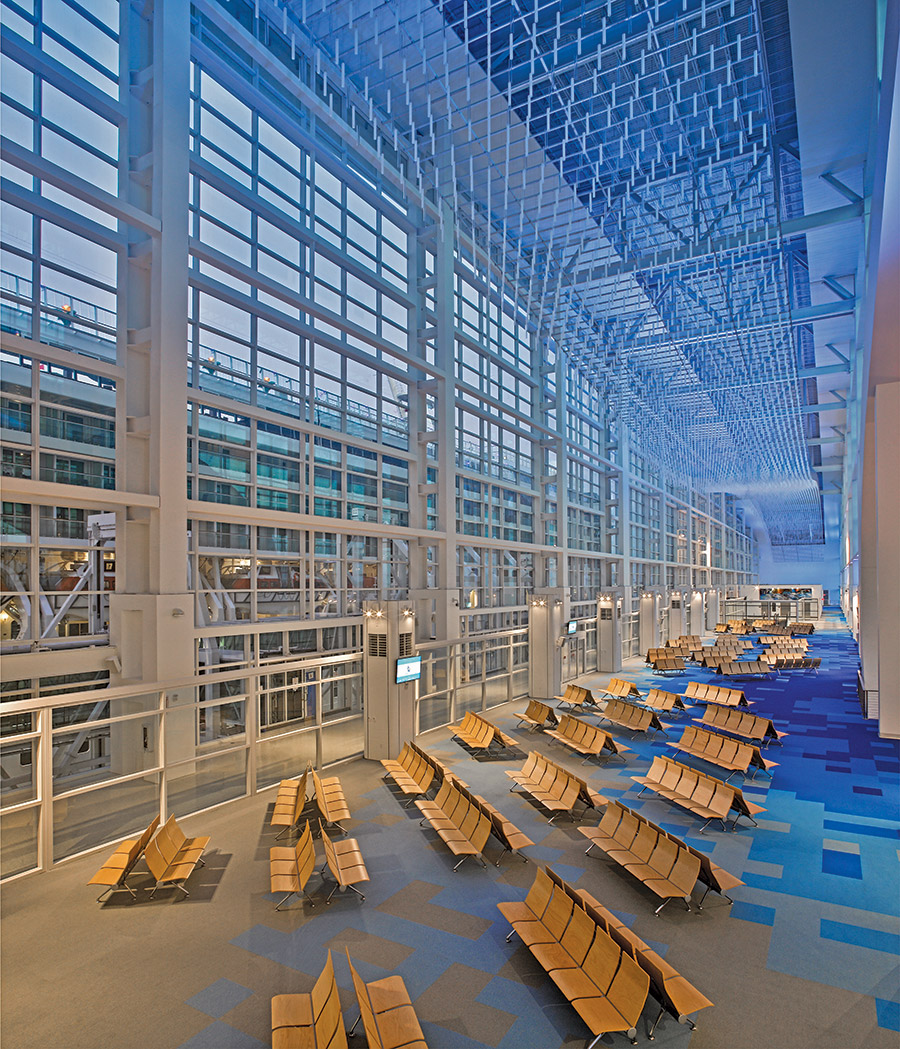 By March 2018, NCL and Del Rio were announcing the news of the “iconic” Miami terminal. By this time, though, Curry says, NV2A-Haskell already was moving forward with and working on the design packages that would enable the start of foundations by May.

Working under a construction manager at-risk delivery method, the team created design-assist packages with a focus on bringing the over-budget design concept into operational parameters. According to the team, design progressed from simple renderings to permit drawings within three months, and advanced at the same time that the guaranteed maximum price was being developed.

In response to the fact that the initial pricing of the project exceeded the client’s budget, the joint-venture team held an offsite value-engineering workshop with key stakeholders, including officials with NCL, PortMiami, the design team and key subcontractors.

In the collaborative setting, stakeholders considered an estimated 150 VE options, with dozens ultimately utilized to bring the project within budget, according to the contractor. 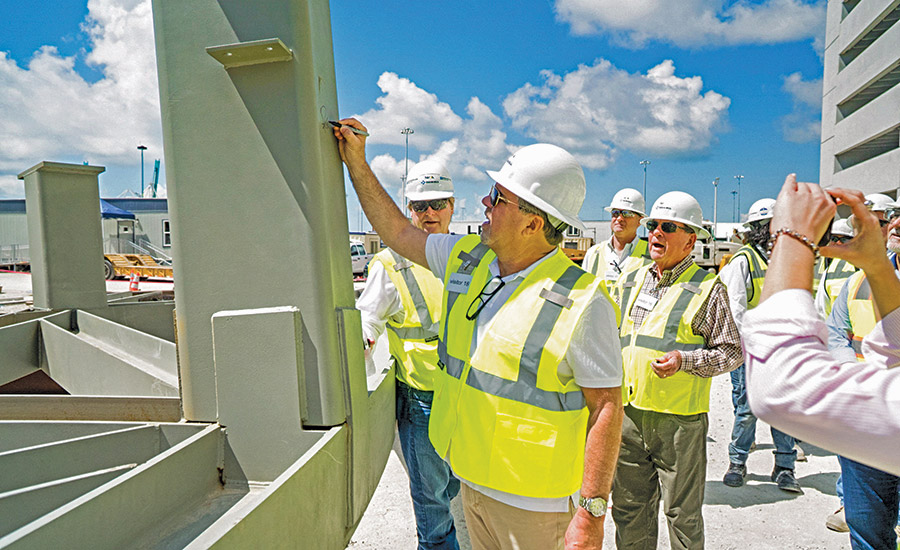 Key to achieving the project’s extremely aggressive schedule was the joint venture’s decision to lean heavily on building information modeling for all design and trade coordination—going so far as to order and procure materials directly from the model.

Describing the project’s BIM as proving itself to be “hyper-accurate,” NV2A-Haskell says utilizing the model in this way shaved six months off the construction schedule.

The selected curtain wall system had to respond to a complex design geometry and budget and schedule constraints, along with the strict wind-load and other requirements of Miami-Dade County. It also needed to be able to be erected quickly.

Utilizing a vendor in Colombia, the curtain wall was prefabricated in modules directly from the model and delivered to the site in 12-ft by 16-ft sections that the contractor says were “easily erected” with glazing already installed in the frames.

To meet the project’s construction schedule, contractors had to engage more than a half-dozen different vendors to supply the needed materials. 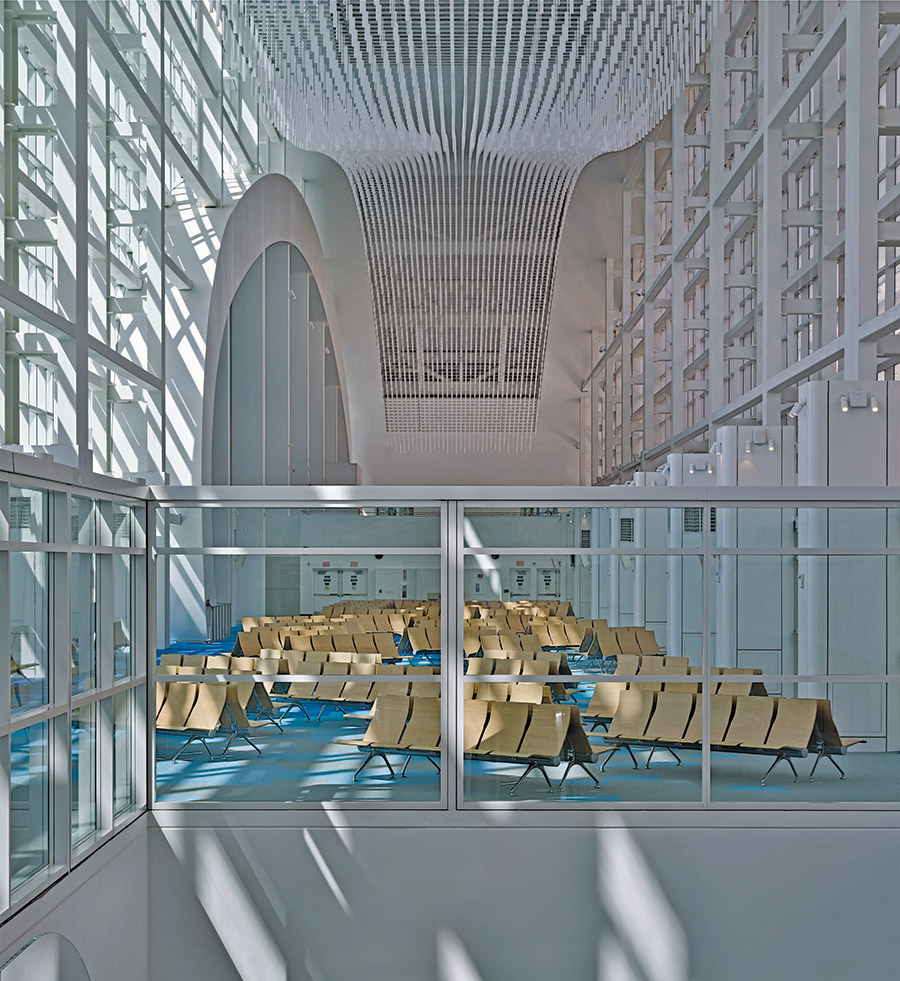 For this, the team developed a comprehensive structural model that engineers and detailers could review virtually on a daily basis and followed up with physical inspections in the numerous specialty contractor and vendor fabrication shops to confirm details, welding procedures and dimensional accuracy.

In response to the logistical challenges of transporting  such large, heavy steel members through downtown Miami, much of the steel was shipped via barge directly to the project site.

While the COVID pandemic would ultimately shut down all cruises for a period of time, the project team kept working without interruption, says the contractor, and completed the dramatic terminal in July 2020. Construction never stopped in Florida.

Gilberto Neves, president and CEO of NV2A, credits the positive partnership between his firm and Haskell—and among the team at large—for the positive result.

“If you don’t have a good relationship, it’s hard to have a successful project.”