Little Island Park turned a former pier into a 2.4-acre public space over the Hudson River that includes 132 giant concrete pots planted with full sized trees that connect via walkways to each other and to an outdoor performance venue.

A crucial team member of the project, funded by the foundation of Barry Diller and Diane von Furstenberg, is Weeks Marine, responsible for construction of the pier-of-pots and a flat pier element. Adam D. Wallach, the marine contractor’s Northeast area manager, says it installed the 36-in.-dia. concrete piles, which vary in length from 112 to 260 ft and weigh up to 75 tons, on which the pots were placed. 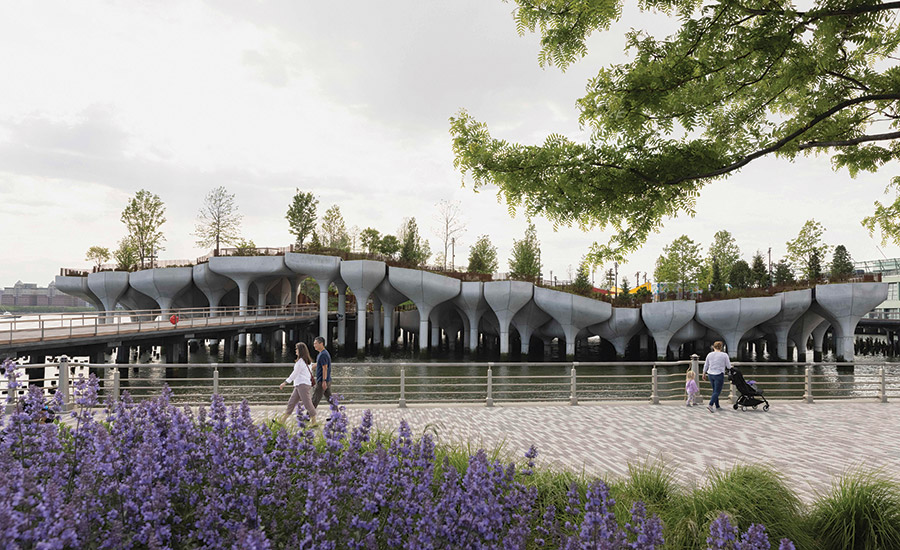 The tree- and plant-filled concrete structures are the most visibly striking aspect of Little Island Park on Manhattan’s West Side.
Photos by Michael Grimm

The piles had to be perfect because the pots were made first, “meaning any issues with pile location could cause schedule and large financial impacts in order to redesign and refabricate a pot,” he said. Weeks was also responsible for assembly and installation of the precast pots, Wallach says.

The massive cups were made of separate precast components and assembled in Albany, from where they were loaded onto Weeks Marine hopper barges and transported on the Hudson River to New York Harbor for installation, Wallach says. Weeks designed assembly frames that were customizable to each pot’s unique configurations. 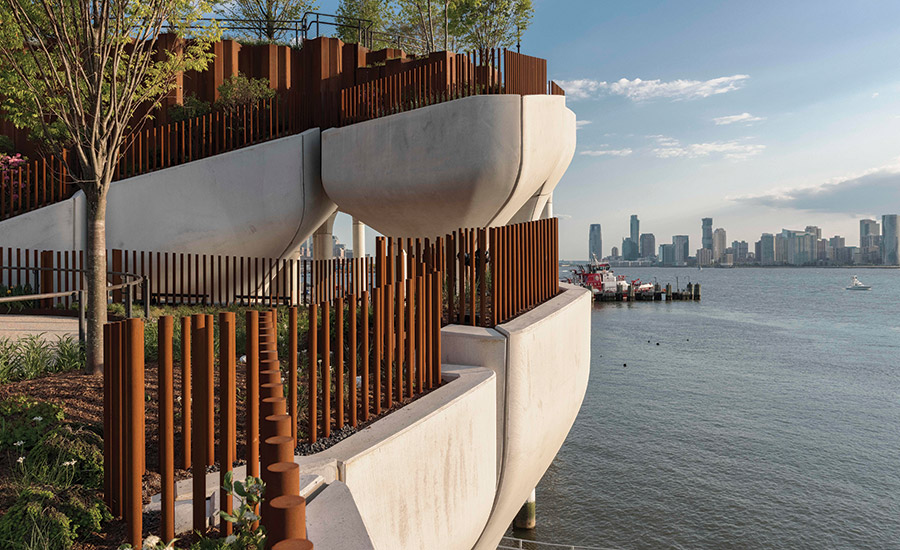 The tree- and plant-filled concrete structures are the most visibly striking aspect of Little Island Park on Manhattan’s West Side.
Photos by Michael Grimm

Each pot, weighing 35 to 100 tons, was lifted as a single unit and placed above the piles on site, he says.

Aside from receiving regional and national awards from ENR, Wallach says Little Island is “a favorite topic of colleagues that we meet at industry events and other trade shows.”