This website requires certain cookies to work and uses other cookies to help you have the best experience. By visiting this website, certain cookies have already been set, which you may delete and block. By closing this message or continuing to use our site, you agree to the use of cookies. Visit our updated privacy and cookie policy to learn more.
Home » Project of the Year Finalist, Best Landscape/Urban Development: Little Island
ProjectsNew YorkNew York Construction ProjectsBest Projects2021
Best Projects

There’s plenty of function to go with the unique form of this park situated on top of the Hudson River. “Green urban space in Manhattan is such an incredibly precious thing that when you have the opportunity to build new park space, it should behave like a Swiss Army knife,” says Mat Cash, partner and group leader at Heatherwick Studios, lead design firm for Little Island, which resembles a giant field of cement tulips growing out of the river. 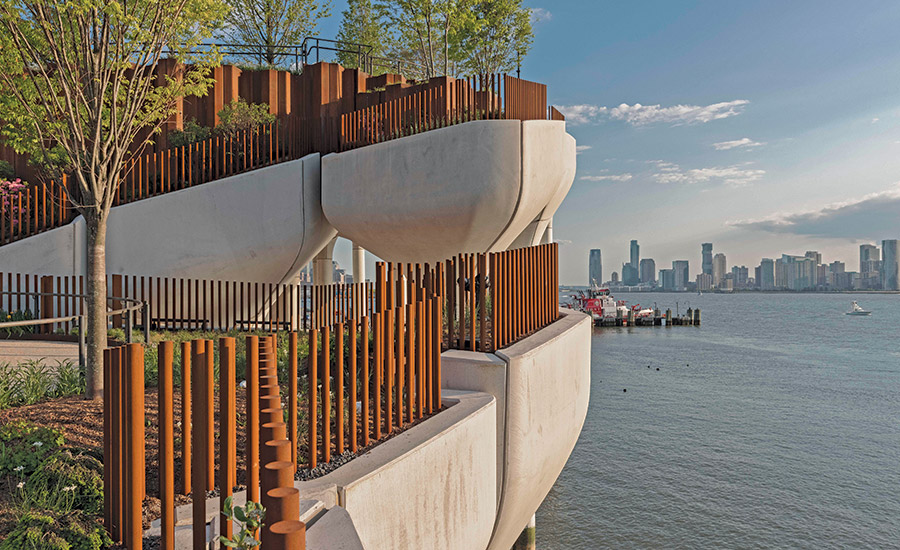 The 2.4-acre public park, funded by the Diller-von Furstenberg Family Foundation, boasts trees, plants and other greenery growing out of flower-shaped pots. There also are walking paths, rolling hills, open lawns, a 700-seat amphitheater, an open plaza, a flat pier beneath the pots and other amenities. The park arrived at its May 2021 opening thanks to a feat of team coordination, innovations in design technology and use of the river itself as a crucial mode of transport. One Best Projects judge noted: “The West Side was in need of more public space, and this is a wonderful addition.” 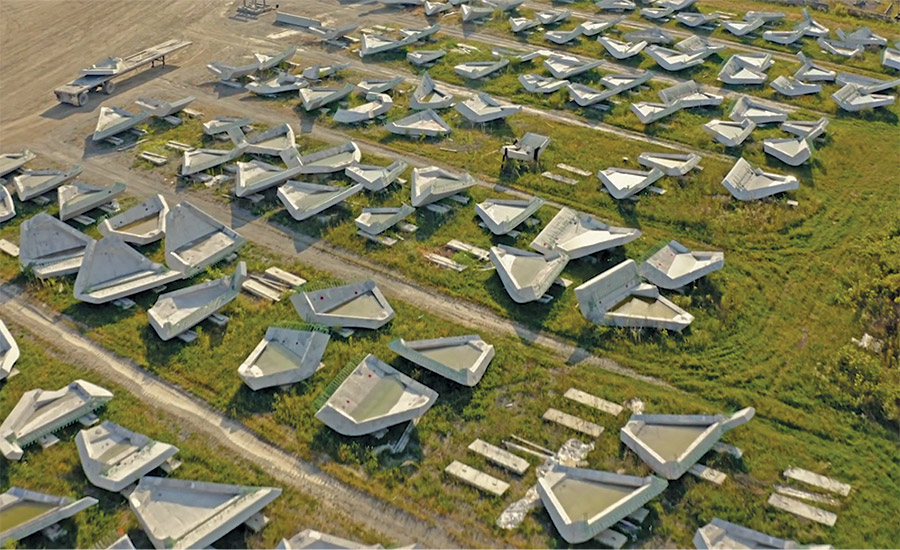 The “obvious challenge was how to fabricate, assemble and erect the pots with complex geometry onto the precast piles driven into the river,” engineer Arup said in its submission. Heatherwick used its London workshops to mock up and test elements like slope angles and jointing widths between each structural pot. Cash says using “a Cairo pentagon” design helped simplify the geometry. 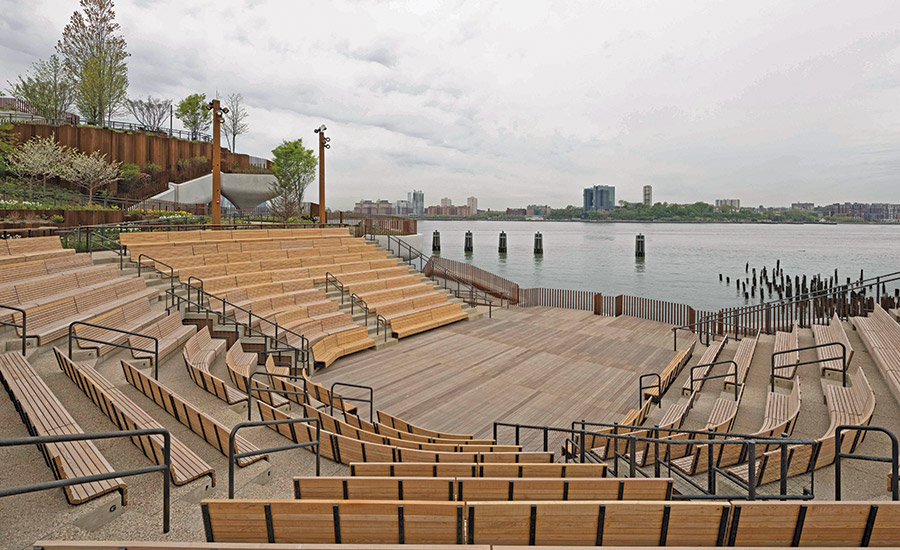 The architect developed the geometry in scripts, which were given to the engineer to create structural precast elements and connecting steel elements using 3D models. Digital models were sent to the fabricator for computer numerical control, milling of foamworks, rebar bending and laser cutting of steel connection plates. 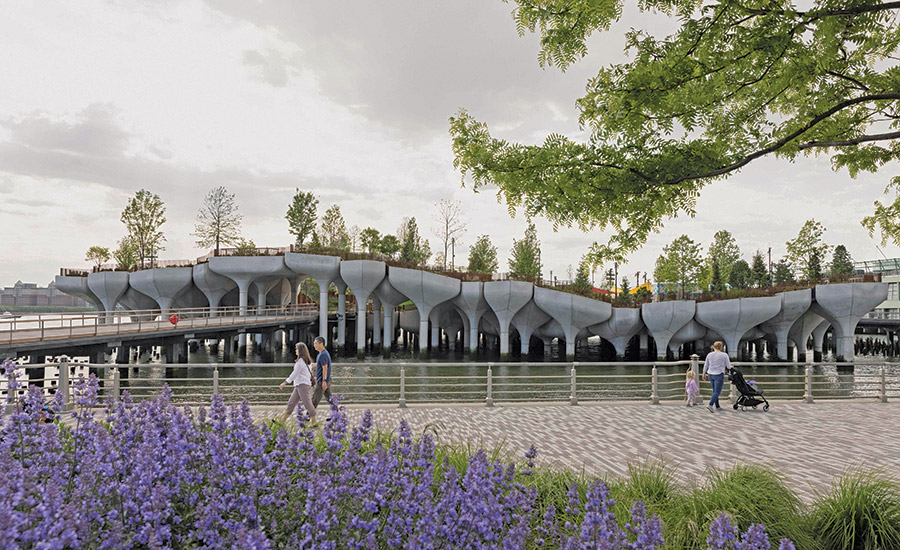 Concrete precaster Fort Miller Group established an in-house company for the advanced, large scale foam milling used to form the pots. “Apparently, they were told that the concept was crazy and not fit for a precast,” president Scott D. Harrigan previously told ENR. Arup principal David Farnsworth says foam models were folded into correct shapes “basically like origami,” then cast into concrete. The submission says assembled pots were moved to the site via river barge and erected onto each pile using a large barge crane. Piles were driven with a fixed lead system with GPS equipment on leads and  using traditional survey methods. 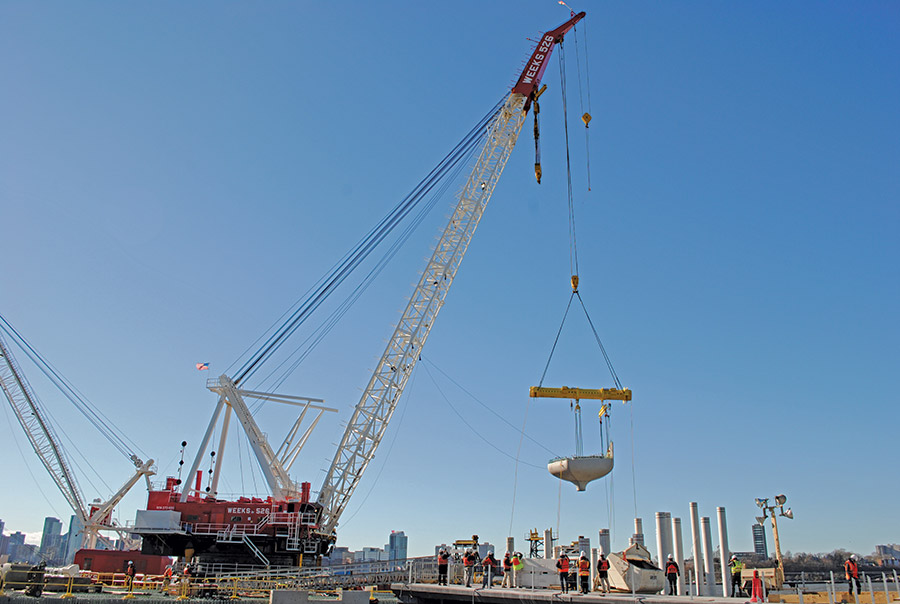 While the 132 pots dominate the park, each of its trees was carefully selected, with the team developing and periodically testing custom planting soil blends. The construction schedule was coordinated around planting seasons to insure the flora thrived. The team worked to achieve ADA compliance on pathways set on extensive geography. Site railings made of red brass with a pre-patina finish were fabricated to align with the curvilinear pathways. All wooden elements, such as black locust stair treads, were harvested and dried to a certain moisture content to minimize warping. 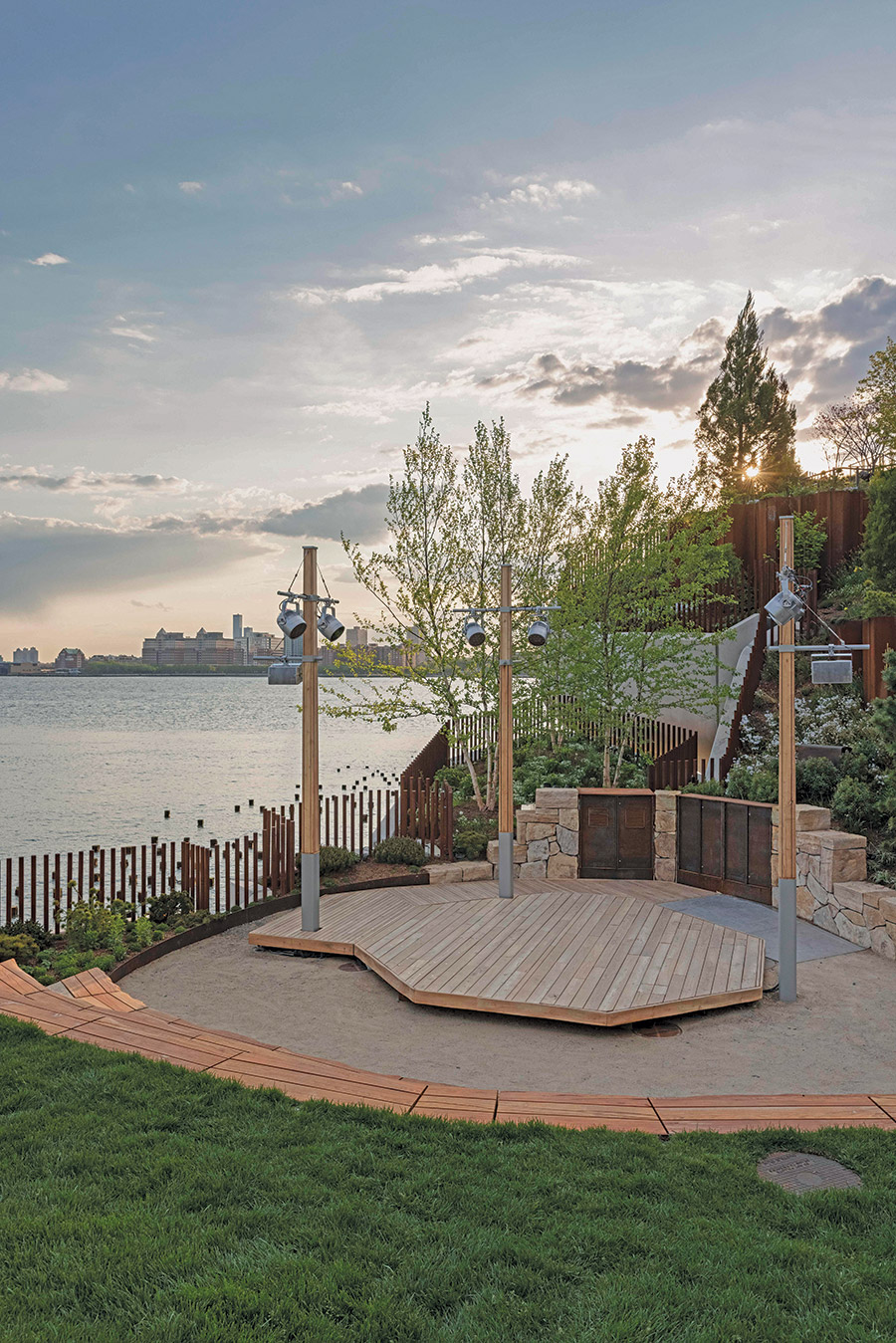 Cash praises the team collaboration, as did the family foundation. “It was extraordinary to work with the exceptional design and engineering teams that made this unique park vision a reality,” the organization said in a statement to ENR. “In endeavoring to pursue outcomes never before achieved, we pushed the boundaries of what is possible for all of us.” 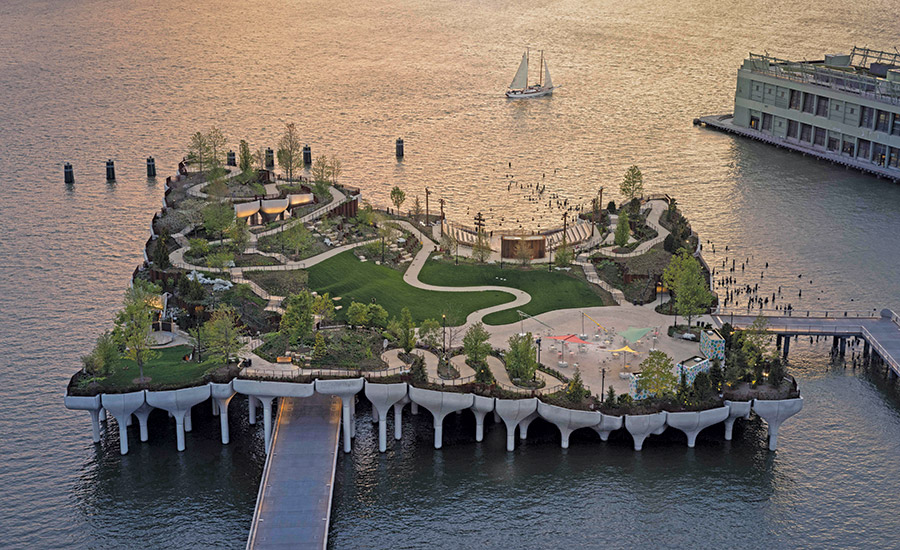 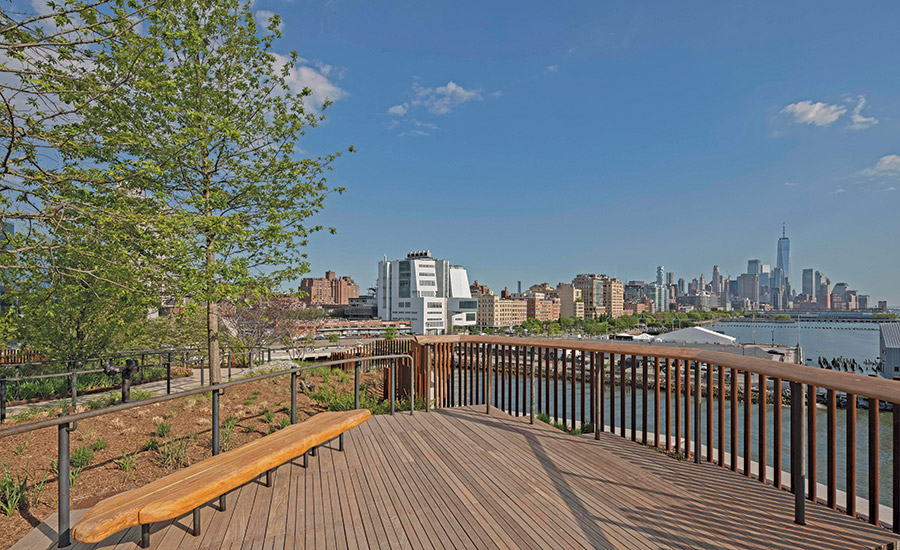