This website requires certain cookies to work and uses other cookies to help you have the best experience. By visiting this website, certain cookies have already been set, which you may delete and block. By closing this message or continuing to use our site, you agree to the use of cookies. Visit our updated privacy and cookie policy to learn more.
Home » Blogs » Crossing That Bridge When We Come To It » House Raising on the Coast

House Raising on the Coast

Architects and engineers are addressing issues due to increasingly severe coastal storms and projected sea level rise.  Approaches include constructing barriers, improved and extended sea walls, and modifying infrastructure designs to move key equipment higher in the building and providing for lower level space that can withstand flooding.

When you drive (or in my case, bike) along the coast in Massachusetts, you’ll come across several houses that are being retrofit to make them more resilient.  Houses are being raised several feet, basement space is no longer used, and in some cases the structures are raised on piers.  I spoke with a friend who lives on the coast south of Boston who had her home raised, and she shared some thoughts about the experience:

ENR:  When did you first think about raising your house?

I had been thinking about it for at least 10 years and seriously for two years before making the decision to do it.  The trigger event was the flood of January, 2018 and the subsequent bad storms we had that winter.

ENR:  How did you go about finding an architect/contractor to help with the work?  Did you find a lot of experienced people available to help you?

I first turned to the contractor that I've used over the years to do improvements to the house - rebuilding a porch, remodeling the kitchen, redoing the roof - etc.  The company has always done a great job at a fair price. They begin the work when they promise - work steadily (unless waiting for a surprisingly delayed sub) - and  finish on or nearly on-time.  I tried to get other estimates, but didn't find a contractor who was able/willing to do the complete job. I thought, and still think, that it's important to find a "full-service" team to do the work. There are so many tasks that are sequential, or interlocking or interrelating that a piecemeal construction plan or an independent multi-party construction team would be a scheduling nightmare.

ENR:  How was it decided how high to lift your house?

Great question!  I tried all sorts of ways, including:

1. Looking at the FEMA and Union of Concerned Scientists' studies (which give sets of possible ranges of likely sea level rise in various scenarios) and

2. Talking to local builders, my survey engineer, other people who had raised their homes.

I couldn't find any really clear guidance. I worked with the median UCS range of estimates and then tried to factor in storm surges (estimating values based on what we had previously experienced and then making them higher to add a factor of safety).  Remember, you are raising the house to protect from both future sea level rise and storm surges - neither of which are subject to specific predictions at this point.  So in that sense, it is difficult to find specific guidance because available information is, at best, an estimate.  Fortunately the house is not next to the ocean and it is set a bit back from the bay.  So we didn't need to take into account direct wave action as much in the estimate.

All along I talked about it with my family, my Love, and other people I respect to get their feedback and views. We settled on a raise high enough to avoid floor water on the first floor for at least 30 years (at which point the house will be ready for a re-do anyway, based on future conditions and technology) and not so high that access to it (with all the extra stairs) would be uncomfortable/daunting.

So, I made what I felt was an informed decision based on as much information as I could get, in consultation with others who had gone through a similar process.

ENR:  Can you describe the general process that you and the contractor used to do the work?

In the general sequence: 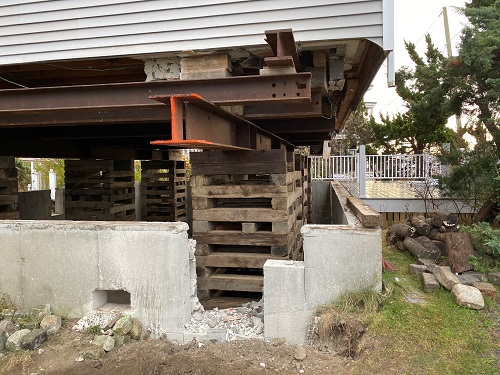 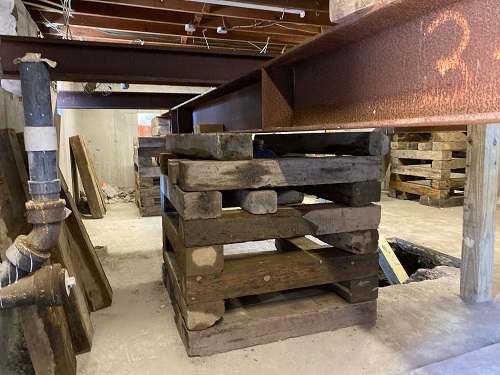 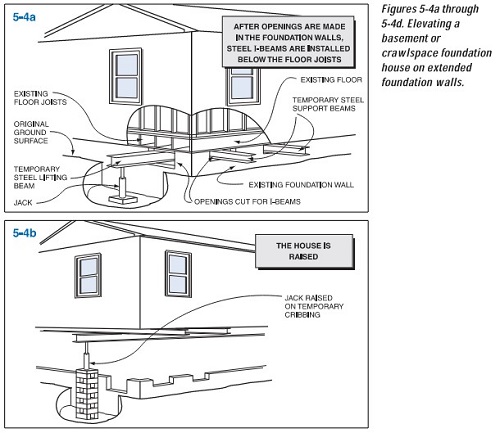 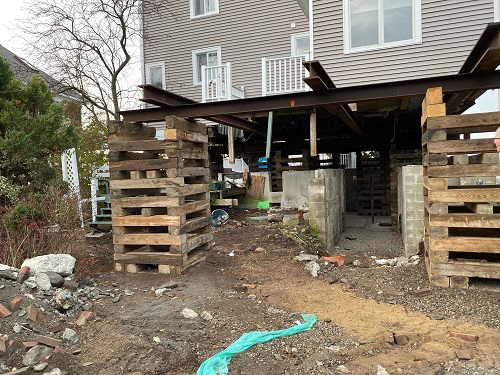 ENR:  What did you need to do to prepare your house prior to it being raised?

I also removed pictures from walls and breakables from shelves. This turned out to be totally unnecessary!

ENR:  Did you need to temporarily move out during the work, for how long?

Yes!  We rented a house for three months, which is how long the contractor said the job would take to make it livable. We moved back in after 4 months. (There were workmen, dust and dirt, etc. making our return later than expected.)

ENR:   Were you satisfied with the outcome, and can you share any lessons learned?

Yes. I'm satisfied with the outcome. During the job, it was a mess! It was complicated and a hassle! It was expensive!! But I feel much more secure and that the house is secured from damage.

#1. Work with a general contractor who can/will handle and coordinate all or almost all of the tasks (This is what we did and I think it made all the difference!)

#2. Stay on top of the progress (or lack of) and make sure the contractor keeps your job a priority

#3. Make sure your contractor consults with you about materials to be used.

Most importantly, I hope readers are fortunate enough to have a love, spouse (which can also be a love), or close family members or friends who can be a constant consultant - someone who knows you, will listen to you, understands and shares your goals, and will help you through the many decisions and turning points during the process of planning and construction.

House raising may become more common and routine in the near future.  You get the sense in the above discussion and in research that there are not yet clear guidelines for how much to raise a structure.  But information and approaches for how to do it has been available for awhile.  The methods have mostly been used for moving houses and structures to new sites, as opposed to raising them in place.

It is interesting that insurance looks to play an increasing role.  The insurance process helps to provide incentive to improve coastal infrastructure resiliency.   But another challenge is consideration of areas where it may too expensive to provide insurance.

It is one approach to retrofit coastal infrastructure to improve resiliency.  Risks in living by the coast and in low-lying areas can reduced with help from AE designers and constructors. 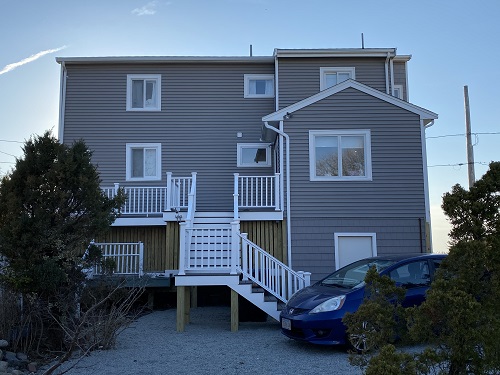