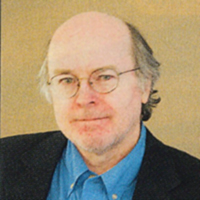 Timothy J. “Tim” Grogan, who propelled ENR cost reports and an array of other construction economics products into a much-consulted industry staple over a 39-year career as the magazine’s former senior economics editor, died suddenly of cardiac arrest on Sept. 14 in Allentown, Pa. He was 71.

Doubly skilled in crunching numbers and in choosing the right words to communicate detailed data and projections of complex factors causing the global construction industry's latest economic twists and turns, he also oversaw a team of cost reporters and cranked out a steady stream of charts, tables and indexes to provide pulse readings for a sprawling sector's cost gyrations.

During one especially tumultuous period for the industry, in early 2004, steel costs spiked, with the surge seeming to come "from out of the blue," said former Editor-in-Chief Jan Tuchman, in describing the buzz among contractors then at an Associated General Contractors convention.

Grogan had foreseen "that steel would become the primary driver for inflation," said Tuchman, currently ENR's executive editor, events, in a March 2004 magazine comment, with Grogan warning readers months earlier that the surge would hit and noting that “fabricators would not be able to absorb higher mill prices." His cost forecast called for steel prices to rebound, and that's what happened—and then some.

"Tim was a wealth of information on the construction industry and was plugged into its pulse," says John Mothersole, now director of S&P Global Market Intelligence. "Databases supporting ENR indexes contained a great deal of city specific cost information, which he would share with us in exchange for our building material price and cost forecasts. We got a picture of regional cost differentials, he received a forward look at building cost inflation for ENR’s readers."

Brad Saylor, president of Leland Saylor Associates, a cost analysis and construction management firm, says Grogan was "something of a legend in the construction economist and cost estimating community." He adds: "We had many spirited debates about where the market was headed.”

Julian Anderson, president of cost consultant Rider Levett Bucknall, adds that "Over many years, Tim built an unparalleled network of resources from which he could draw information, perspective and data, which he then skillfully analyzed and presented to ENR’s readers. Great data, skillfully presented, without bias – that sums him up as a journalist."

Grogan, who joined ENR in 1978 and retired in 2017, was a graduate of Aquinas College in Grand Rapids, Mich., and earned a master's in economics from the New School of Social Research in New York City. He is survived by his wife Elizabeth, daughter Maeve, 14, and extended family.