The $1-trillion Infrastructure Investment and Jobs Act (IIJA) signed into law Nov. 15 includes funding for “nature-based” infrastructure, a sign of the growing bipartisan support among lawmakers and federal officials for approaching flood control and other climate change-related projects by  working with natural systems, rather than trying to control them, according to current and former officials at the U.S. Army Corps of Engineers.

IIJA allocates $47 billion for climate-resiliency projects, which include not only flood and coastal projects but also infrastructure to shore up protection from the extreme storms, droughts and wildfires associated with the climate crisis. 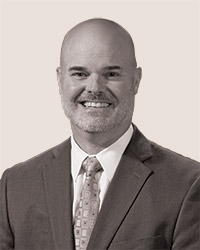 Moreover, in the fiscal 2021 federal budget, lawmakers created a line item and allocated $12.5 million for the first time specifically for EWN. Funding for the EWN program for fiscal 2022 could range from $12.5 million to $20 million, depending on the final numbers in the bill.

Working with nature, or “green infrastructure,” is nothing new. But there is growing recognition among state and local governments, as well as federal agencies—even those that traditionally have favored gray solutions—that designing natural processes and systems into larger gray projects can be not only cost-effective but offer other social and environmental benefits too, says Ed Link, a former chief scientific adviser for the Corps, and now a senior research engineer at the University of Maryland’s Dept. of Civil and Environmental Engineering.

In Miami, for instance, the Corps of Engineers was recently asked to revisit a coastal flood-control study advocating a concrete seawall. Miami Dade County, as well as the city, requested that more nature-based elements be incorporated into the design.

The EWN funding will likely go toward supporting projects at seven “proving grounds” that are demonstrating the effectiveness of nature-based approaches. The Corps’ Philadelphia district, for example, has several ongoing pilot projects, including the Barnegat Inlet project in Ocean County, N.J., which schedules dredging around natural beach nourishment cycles.

The goal of these projects is to learn how to design projects to work better with natural systems, says Monica Chasten, project manager and director of the Philadelphia District’s operations division. “We over-engineer certain projects to try to overcome natural processes, where if we really understand the natural system better, then we can design something that works with it, as opposed to fighting against it,” she says.

The Nature Conservancy (TNC) has been a frequent partner and scientific advisor in EWN’s efforts.

“Our vision is really to get to the point where nature is mainstreamed as a consideration when we’re thinking about investing in infrastructure,” says Sarah Murdoch, TNC’s director of U.S. climate resilience and water policy. Murdoch notes that acceptance and technical knowledge about nature-based approaches varies district to district. “There’s also a lot of hurdles related to Corps’ procedures … one of those being cost-benefit methodology and how to capture and quantify the suite of benefits from nature-based approaches,” she says.

University of Maryland’s Link adds that using green elements isn’t a complete solution for every problem, and “you can’t turn a battleship on a dime.” It takes time for change and educational efforts to happen within organizations, he says. But engineering is at the precipice of “a whole new frontier,” he adds.