US Offshore Wind Energy: A New Era of Equity Is Blowing In

As offshore wind energy expands on the East Coast and beyond, advocates see it not only as a cleaner power resource and burgeoning new industry, but also as a 21st century model to deliver environmental and economic justice to nearby communities that have not benefited—and are even at risk—from past energy investments in their midst.

With more than 35,000 MW of offshore wind at various development levels, says the U.S. Energy Dept., and a Biden administration goal to deploy 30,000 MW by 2030, low-income and heavily minority communities are at ground zero as construction of supporting facilities and infrastructure get under way.

Manufacturing will generate 80% of full-time equivalent job-years in offshore wind in the next decade, says the American Clean Power Association.

“U.S. offshore wind energy deployment represents a unique opportunity to right longstanding wrongs as we act on climate, rebuild our economy and confront systemic racism in our daily life,” says Paula García, the Union of Concerned Scientists’ senior bilingual energy analyst. “Engaging the environmental justice community in decision-making is a cornerstone to ensuring that issues such as electricity affordability, siting, workforce and port development are informed by people who will likely be impacted most.”

She notes states such as Virginia, whose 2020 Clean Economy Act caps monthly electricity payments for low-income residents based on earnings, and requires consideration of the law’s benefits and burdens on historically economically disadvantaged communities. 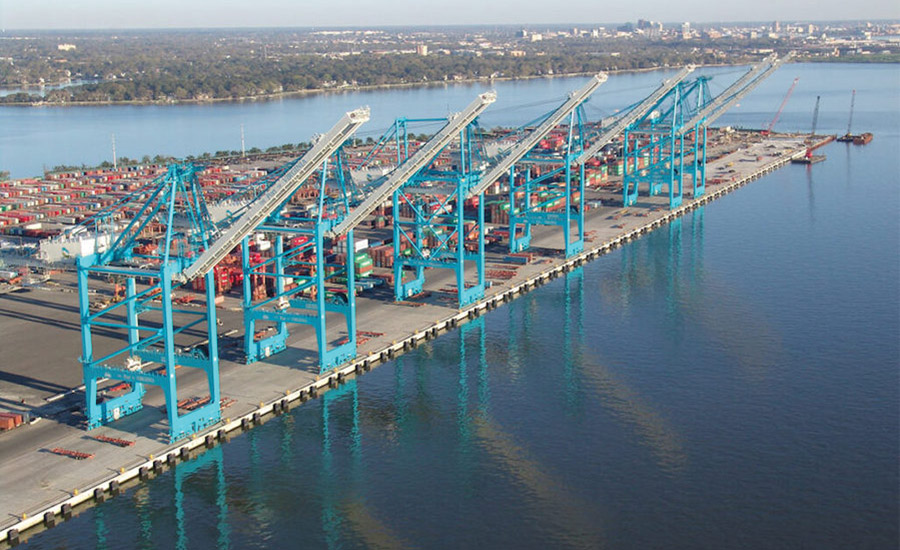 New Jersey’s Ocean Wind offshore project created a $15-million trust for grants to small, women-owned and minority-owned firms to reconfigure their working to break into the sector. In December, six received the first grants totaling nearly $450,000.

Burdock says Maryland and Virginia also are funding her group’s business training courses for industry firms to better understand where they fit in the offshore wind supply chain and contracting process. The courses are open to all local firms, but states are prioritizing outreach to minority and women-owned businesses, she says.

Projects also will be built under labor agreements at union-scale pay and with training potential.

Virginia seeks to change historic inequities as it plans to deploy 5.2 GW of offshore wind by 2024, including what is set to be the largest U.S. project—at 2.6 GW—being developed by Dominion Energy. The development includes major component manufacturing and assembly facilities in Portsmouth, a city with a large Black population. Dominion has a labor agreement with the electrtical workers' union and other trades. 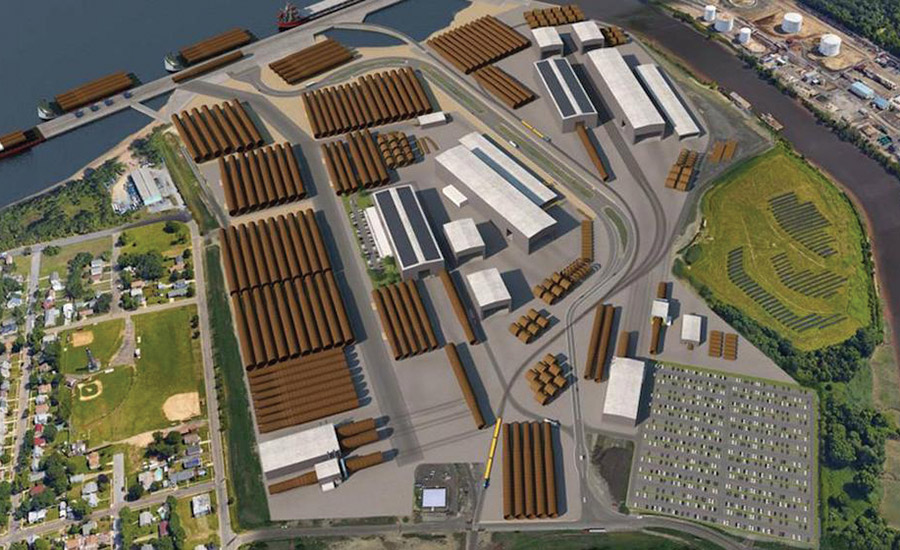 Paulsboro, N.J., wind complex is near a community with an 18% below-poverty rate in 2019.
Photo: New Jersey Office of the Governor

Environmental justice communities in coastal southern Virginia are on the frontline of climate impacts, activists say.

“They are getting swallowed up by sea-level change. The industry needs to be developed in a way that doesn’t leave people behind,” says Eileen Woll, offshore energy program director for the Sierra Club’s Virginia chapter. “We want Virginia to be the offshore wind model for the rest of the states, —affordable, fair and beneficial to all,” she says

Community colleges, trade schools and high schools are promoting offshore wind as a career path for students, while Old Dominion University has incorporated offshore wind into its engineering program.

New Jersey offshore wind developers Orsted and EDF/Shell committed $250 million to monopole manufacturing at a marine terminal in Paulsboro on the Delaware River, where 18% of residents had an income below the poverty level in 2019. Construction broke ground earlier this year, and hiring of specialized welders and painters will begin by the end of 2022. The state just announced $75,000 in funds for Gloucester County Institute of Technology, a vocational-technical high school, to prepare students and workers for jobs in heavy steel component manufacturing.

New Bedford, Mass., a city with a 20% poverty rate, also hopes for an economic infusion through its offshore wind staging area that it said this past summer is set to expand by 2023.

John Rogers, a Union of Concerned Scientists senior energy analyst, points to UPROSE, an environmental justice community group in Brooklyn, N.Y., which is engaging offshore wind developers to push the long-term goal of ensuring that 40% of jobs and investment in the state benefit women, minorities and affected communities.

He says It’s important when states go out for bids that "they are putting certain standards in the RFPs for labor, engagement and the environment."

“It’s making sure the right people are at the table from the beginning so we are not just replicating the practices of the past,” he says. “It’s a new industry and we have a chance to do it right from the get go.”