Standing on a dead-end street in Spartanburg, S.C., Harold Mitchell can plainly see the history of injustice in his community. On one side lies the remains of his childhood home. On the other, a shuttered fertilizer plant that was operational when Mitchell was growing up. He distinctly recalls smells of ammonia and sulfur emanating through the neighborhood that “were so pervasive, you didn’t even think about it.” He remembers his father regularly cleaning white dust off their cars, and workers emerging from the plant gates “looking like the Pillsbury Doughboy” covered in fertilizer dust from head to toe. Sometimes, he’d walk with the plant’s night watchman, strolling alongside neon green sewage lagoons located not far from his bedroom window.

Perhaps his most vivid memory, though, was the day he went with his parents to a doctor’s office and learned that his father had terminal lymphoma. He was 59 years old. “You never forget hearing the doctor tell your father he’s going to die,” Mitchell recalls. “I’m driven to make sure that doesn’t happen to anyone else.”

That moment set Mitchell on a personal mission to clean up, redevelop and revitalize his community. As executive director and founder of the non-profit ReGenesis Community Development Corp., Mitchell has helped guide a community-based effort that is a model of success in the environmental justice movement. Working with federal, state and private stakeholders, ReGenesis found ways to leverage nearly $300 million in investments to address not only environmental issues, but also social and economic injustices within the Arkwright and Forest Park communities of Spartanburg.

With the Biden administration’s focus on environmental justice through its Justice40 initiative, and funding in the recent infrastructure bill targeted to programs like Superfund cleanup (see p. 10), the U.S. Environmental Protection Agency is hoping to replicate ReGenesis, if not in scope, then in spirit. “It’s not just about doing better, it’s about designing communities, infrastructure and public spaces that don’t replicate” the historic inequities that disadvantaged and communities of color have experienced, says Matthew Tejada, director of EPA’s Office of Environmental Justice.

There isn’t a specific pot of money in the infrastructure bill targeted toward equitable development communities such as ReGenesis, but Tejada says all federal policy and decision-making supports such growth. “How the communities clean up and do so in equitable ways is one of the big concerns at EPA,” he says.

In addition to the fertilizer plant, Mitchell grew up down the road from a former landfill. Between the plant and the landfill, a series of EPA investigations detected 70 contaminants, including mercury and lead, with 30 at levels three times above allowable maximum contamination. Both the plant and landfill were designated as Superfund sites. Six brownfield sites have also been identified in the community.

Meanwhile, health surveys revealed that 62 people within a one-mile radius in the community died of lung cancer or respiratory disease over a 22-month period. Other residents reported unusually high cases of other cancers, miscarriages and stillborn births. Mitchell’s own sister, he learned, died of sepsis as an infant.

Throughout the early years of ReGenesis, Mitchell says he began to better understand that social, economic and health issues within the community were inextricably linked. At that time, the Arkwright and Forest Park communities were 96% African American, according to the 2000 U.S. Census, with 25% living below the poverty line and an unemployment rate of 10%. Many industrial, commercial and residential properties sat abandoned. Crime was high in some parts of the community, where prostitution and illegal drug activity were regularly observed. 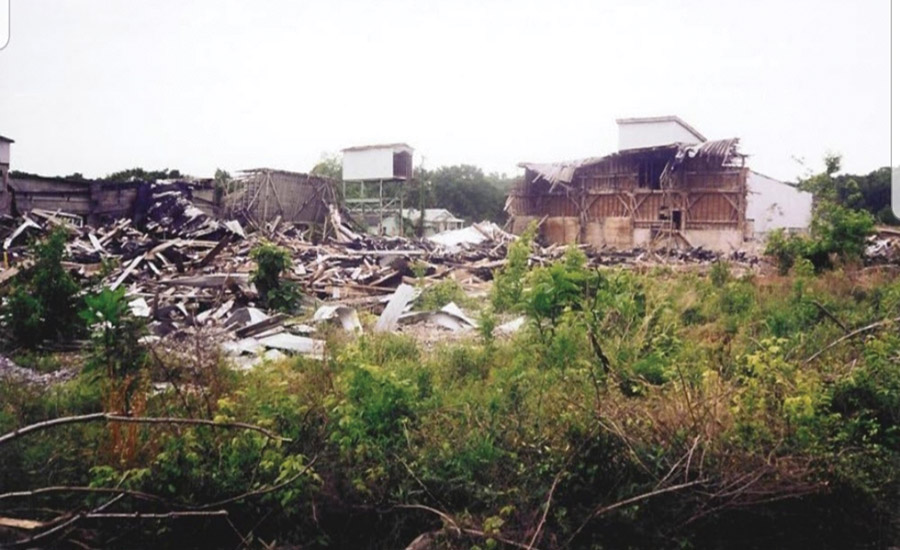 A historic photo of the abandoned fertilizer plant, (top left) which has since been designated a Superfund site.
Photo courtesy Harold Mitchell

“You can’t separate environmental justice from social and economic justice,” Mitchell says. “If you do that, you miss the big picture. When you look at it holistically, then you can see what is needed. Those abandoned sites in the community caused environmental concerns but also health issues. Abandoned places also attract crime. Crime causes more people to leave, and then more properties are abandoned. It’s a cycle.”

Faced with a vast array of issues, the ReGenesis project was selected in 2000 as a national demonstration project by the EPA’s Federal Interagency Working Group on Environmental Justice. In 2001, a U.S. Dept. of Energy grant funded design charrettes with Khalsa Design of Somerville, Mass., which helped create a vision for the community, identify the challenges and coordinate the solutions.

A $650,000-grant through the U.S. Dept. of Health and Human Services led to construction of the first small community health center in 2003. The development was particularly meaningful for Mitchell, as it provides health care resources that weren’t available to his late father. “What still sticks with me is knowing that the doctor said [a diagnosis of terminal cancer] was preventable,” Mitchell recalls. “Not just because of the environmental issues [at the plant], but because he didn’t have access to health care that could have diagnosed it earlier.”

The U.S. Dept. of Justice partnered with local authorities for a Weed and Seed Program, to help “weed” out criminal activity and “seed” human services for prevention, intervention and treatment. Addressing crime was important to Mitchell, who says once the fertilizer plant was abandoned, the area was used for prostitution. “I remember my mom out in the street at 6 a.m., wrapping a young girl in a blanket who had been sexually assaulted,” he says. “Before we even knew the environmental impacts at the plant, we saw that going on.”

To address housing issues, $128 million in HOPE-VI funds have been provided through the U.S. Dept. of Housing and Urban Development, leading to the creation of 662 rental housing units and 36 home ownership units in 11 neighborhoods. Among the developments is the 48-unit Liberty Square apartments, which replaced abandoned buildings with low-income senior housing. The Collins Park development offers a mix of home ownership and rental units, including Section 8 housing. Keeping housing affordable for members of the community was a key component of the program’s housing strategy, Mitchell says.

As old and dilapidated public housing was demolished, ReGenesis made sure new safe and modern public housing options were available for residents. ReGenesis also focused on mixed-income communities to avoid dividing residents economically and socially. “You can walk up and down this street, and you don’t know who is who based on their home,” he says. “One might be a doctor, one might be a teacher and another works at the mill … We made sure to keep prices affordable because we’re trying to build community here. We don’t want to push people out.” 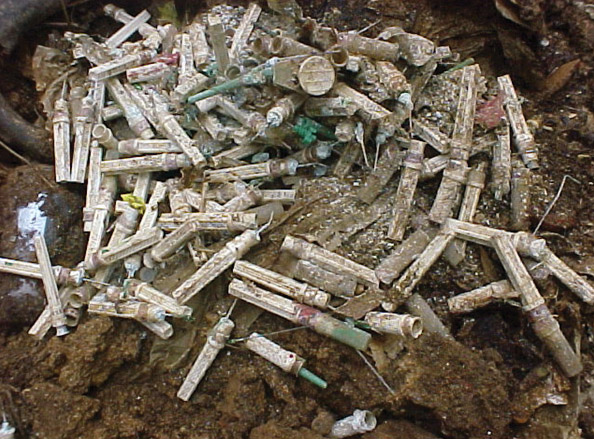 Gentrification of redeveloped neighborhoods nationwide is on the minds of almost everyone working on equitable development, Tejada says.  “I don’t think anyone has a great answer to stave off gentrification. There’s a lot of work and focus on that within EPA—to make sure we find those answers—as we spend these infrastructure dollars to benefit the people who live within those communities.

Robert Reeder, a 42-year resident of Forest Park and a former city councilman, says the redevelopment efforts are part of the reason two of his adult children decided to stay and live in the community. “They saw the change that was coming and they wanted to be part of that.”

The City of Spartanburg also provided $7 million to build the C.C. Woodson Community Center—a place where residents of all generations can gather.
With many of the essential components taking root, ReGenesis and the local community are planning the next steps. After an $11-million cleanup funded by the city, the former Arkwright landfill is ready for redevelopment. ReGenesis is in the process of negotiating a solar power purchase agreement that could provide lower electricity costs for residents. Other projects include a future aquaponics facility to provide residents with locally grown organic produce. Plans have also been drawn up for a future science, technology, engineering and math school to be situated on a former brownfield site.

The current phase of development in the community demonstrates the level of maturity the project has reached, says Tim Fields, former EPA assistant administrator and current senior vice president at the consulting firm MDB Inc. Fields first learned about the ReGenesis project while at EPA, then continued to work on the early phases of the project while at Tetra Tech. Today, he works on the project with MDB. 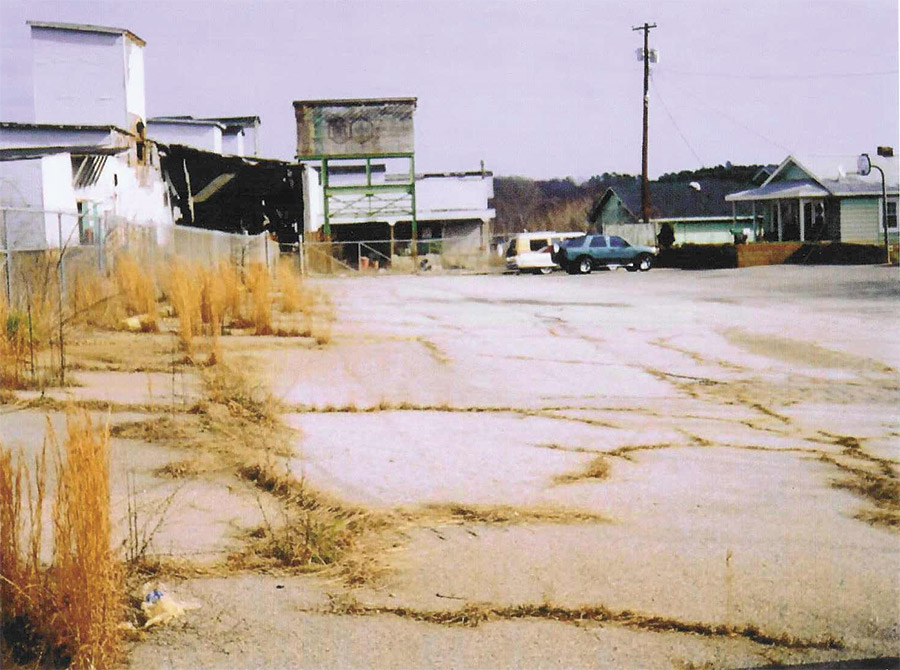 “All of those agencies were needed when it first got started,” he says. “Most of the environmental threats have been addressed. We don’t need the Dept. of Justice as much now, and a great deal of housing has been created. Now, we are focused on economic revitalization.”

The ability of ReGenesis to successfully leverage federal, state and local resources over the years should serve as a template for other disadvantaged communities, says Mustafa Ali, vice president of environmental justice, climate and community revitalization at the National Wildlife Federation and a founding member of the EPA’s Office of Environmental Justice. Ali says, in addition to the federal government, states need to help create “on-ramps” that enable disadvantaged communities to create holistic strategies for solving complex environmental justice issues. “Government needs to do better,” he says.

As for the contractors, engineers, architects and others within the AEC industry, Tejada says it’s everyone’s responsibility to ensure that development is happening equitably.

“If that’s not part of the conversation,” he says,  “it’s your responsibility to put it on the table.”