Nacero Inc. has awarded to contractor Bechtel a front-end engineering and design (FEED) contract for a natural gas-to-gasoline manufacturing facility in Penwell, Texas. The energy company claims that the 115,000 barrel-per-day plant will be the first gasoline manufacturing facility in the world to incorporate carbon capture, carbon sequestration and 100% renewable power. Both renewable natural gas and mitigated flare gas will make it possible to reduce its lifecycle footprint of sulfur gasoline to zero over time, according to Nacero. After FEED completion, Bechtel will propose a lump sum, turnkey EPC price. During the first phase of construction, which will take four years, up to 3,500 skilled construction workers will be employed. The project's second phase will take an additional two years. When fully operational, the plant will employ 350 full-time operators and maintenance personnel. The University of Texas has estimated that the Penwell facility will add more than $25 billion to the economy of the Odessa region in Texas during its anticipated operating lifespan of more than 50 years. 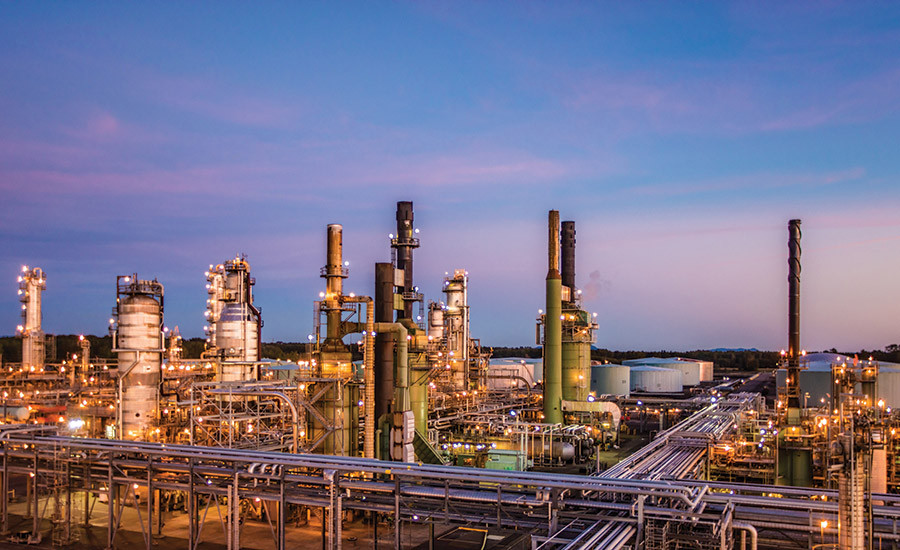 In October, BP announced plans to invest $269 million in three projects at its Cherry Point refinery in Washington state, including a $169-million hydrocracker improvement project that will boost efficiency and reduce periods of planned maintenance; a $55-million cooling water infrastructure project to enhance existing cooling water infrastructure; and a $45-million renewable diesel optimization project that will more than double the facility’s renewable diesel production capability to an estimated 2.6 million barrels per year by 2022.

ExxonMobil and SABIC announced in July that their joint venture, Gulf Coast Growth Ventures located near Corpus Christi, Texas, reached mechanical completion of a monoethylene glycol production unit and two polyethylene production units. Project startup is expected to begin ahead of schedule, likely in the fourth quarter, the companies said. The project, which includes a 1.8-million-metric-ton ethane steam cracker, will produce 1,100 kilotons of monoethylene glycol used to manufacture high performance plastics, and 1,300 kilotons per year of polyethylene, a component of food and medicine packaging.

In September, Meridian Energy Group entered into a long-term offtake agreement with Musket Corp. for the transportation of fuels from Meridian’s 49,500-barrel-per-day Davis refinery being built in Belfield, N.D. Under the pact, Musket will purchase, market, distribute and resell the Davis refinery output of diesel, estimated at 360 million gallons annually, and of gasoline, about 280 million gallons per year.  The facility is the first greenfield refinery to be built in the U.S. in nearly 50 years, according to Meridian. Construction began in 2018, but was delayed by litigation with environmental groups. It is expected to resume in 2022 and completion is expected by 2023. McDermott International was awarded front-end engineering design and EPC contracts on the project.