HOK designed the $750-million Jack and Sheryl Morris Cancer Center, which will be New Jersey's first comprehensive cancer center when completed in 2023. A joint effort of RWJBarnabas Health and the Rutgers Cancer Institute, the project will deliver a 510,000-sq-ft cancer treatment and research facility.

HDR designed the new Kiewit Luminarium, a $100-million science center along the Omaha, Neb., riverfront that is being supported by Kiewit and its affiliates. The center is envisioned as a place for hands-on experiences in science, math, engineering and technology for middle school groups and children ages 6 and up. The 82,000-sq-ft building’s exterior references a Nebraska “machine shed.” Interior walls will be constructed with custom-milled 4 x 8-ft sheets of plywood that act as “pegboards” for interactivity and modularity. The Exploratorium in San Francisco serves as a partner and consultant to help create interactive exhibits, immersive environments and programs that support the launch of the new center. The project broke ground in November and is scheduled to open in 2023.

Cannon Design led design for a $251-million expansion and renovation of University of Cincinnati Medical Center on its Clifton campus — the largest capital project in University of Cincinnati Health’s history. The project includes the renovation and expansion of UC Health’s 30-year-old emergency department, which is slated to open in summer 2023. A new four-story building will also be built, adding eight new operating rooms. Two new parking structures will provide 1,300 parking spaces. Blue Cottage of CannonDesign is responsible for the medical planning and operations consulting. Demolition on the site began in March. 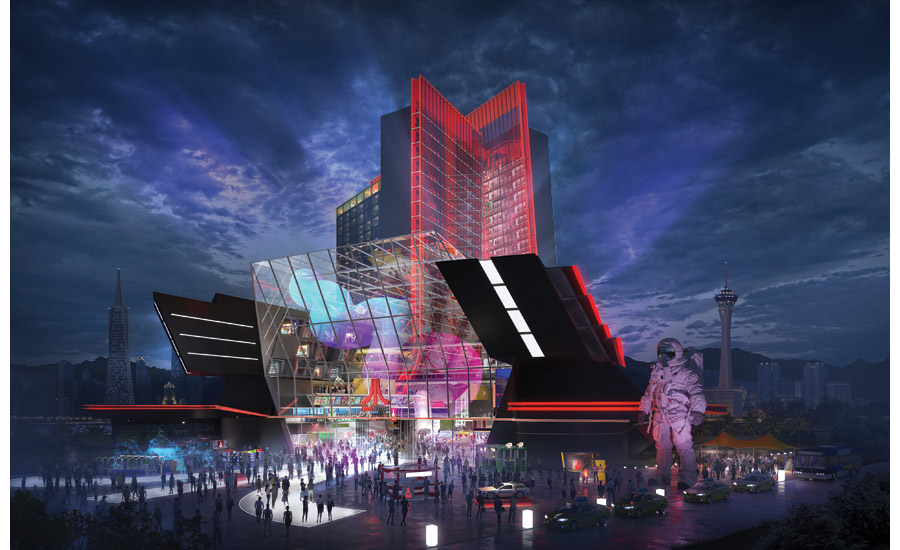 GSD Group's Atari Hotel in Las Vegas, designed by Gensler, is envisioned as a confluence of interactive, virtual, augmented and immersive experiences. According to GSD, the project will infuse “synthetic reality into every aspect of the hotel, creating an immersive hospitality and gaming experience.” The hotel is expected to have 400 rooms. Amenities will include restaurants, art galleries, bars and a rooftop pool. A construction start date wasn’t announced, but GSD said it expects to open the hotel in 2022.