A six-mile segment of Interstate 15 in San Bernardino County, Calif., will be augmented with tolled express lanes to provide much-needed capacity for the corridor’s growing volume of freight traffic. Nearly 200 million sq ft of distribution facilities are located within five miles of the segment, which already averages 223,000 vehicles per day and includes key interchanges with Interstate 10 and State Route 60. Along with the new lanes, lead designer Michael Baker International will engineer the widening of 16 bridge structures, including three over-railroad widenings, and approximately 12,000 linear ft of retaining walls. Construction of the $200-million project, scheduled to begin in 2024, will tie in to recently completed express lanes in Riverside County and will be synchronized with the planned Brightline West passenger rail project.

Broadway Curve is part of a six-mile corridor of I-10 in Phoenix that carries more than 300,000 vehicles daily, making it one of Arizona’s busiest freeway segments. For a Pulice-FNF-Flatiron joint venture, T. Y. Lin will lead design of a capacity improvement strategy that includes six general purpose and two HOV lanes, a collector-distributor road system and modifications to three interchanges. Two new pedestrian/cyclist bridges will span the expanded freeway.

Jacobs is working with the H.L. Paschen/Ragnar Benson Construction joint venture to design the eight-mile extension, which will improve passenger rail service between Gary, Ind., and Michigan City, Ind. With an estimated construction cost of approximately $945 million, the design-build project includes four new stations, platform improvements at existing stops, new track and related infrastructure, more than 42 structures and critical safety improvements at grade crossings. Scheduled for completion in 2025, the project will be northern Indiana’s first new passenger rail line in more than a century.

The Virginia Dept. of Transportation has tapped the Archer Western-Dewberry design-build team to widen a five-mile stretch of I-81 near Salem. Set to begin in 2022, the four-year, $200-million project will add a new travel lane in each direction, replace or widen four pairs of bridges and extend acceleration/deceleration lanes. The project is part of a program addressing safety and capacity issues throughout the state’s largely mountainous 325-mile I-81 corridor. 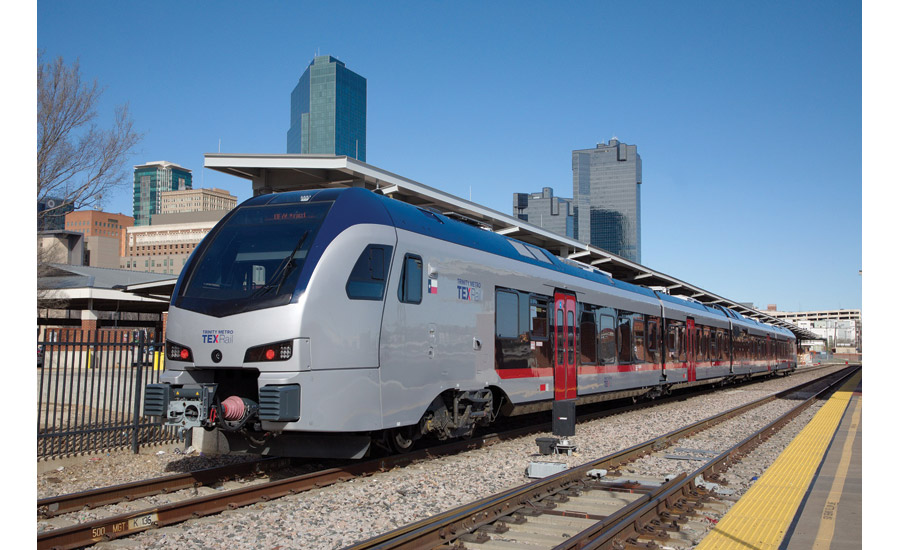 The TEXRail commuter rail line in Fort Worth is on track for a 2.1-mile extension into the city’s fast-growing medical district. AECOM is providing environmental assessment and preliminary engineering for the segment that will serve neighborhoods south of the current TEXRail terminus in downtown with a proposed a new station near Baylor Scott & White All Saints Medical Center. Completion is expected in 2025.