Tetra Tech designed a system to treat PFAS (per- and polyfluoroalkyl substances) detected in the Orange County, Calif., Groundwater Basin, which provides up to 77% of the supply for local water agencies. The $3.6-million plant in Fullerton, expected to go online this summer, is one of the first in the nation to address PFAS contamination in groundwater.

PFAS chemicals, found in numerous industrial and household products, are traditionally hard to treat and are nearly ubiquitous. At sites where PFAS levels exceed state regulations, the Orange County Water District took several of its wells offline until the contamination could be remediated.

The water district estimates the cost to import water to replace local groundwater sources removed from service could top $1 billion over the next 30 years. The agency initiated an accelerated program to remove the chemicals.

The new plant, located at a former Kimberly-Clark manufacturing site, removes two types of PFAS using bag filters and an ion exchange treatment system that is made of a highly porous resin that attracts and contains the chemicals.

Tetra Tech’s design built on preliminary work and studies from Jacobs, Carollo and others, says the city of Fullerton in an announcement. The plant is the first of several planned in that city and in Anaheim.

Black & Veatch provided planning and design as well as construction support and startup assistance for new biological nutrient removal facilities at the 181-million-gallon-per-day Sacramento regional wastewater treatment plant. The new facilities replace the carbon oxidation basins that were used in the former secondary treatment processes at the plant and give the Sacramento Regional County Sanitation district more flexibility. The new system is expected to be operational by the end of 2021.

The Northwest Florida Water Management District began using in May an AECOM-developed technology to remove algae from Lake Munson near Tallahassee. The system separates and removes algae, then returns clean water to the lake. It can process as much as 700 gallons per minute without harming aquatic organisms. Project results will support an evaluation of how well the harvesting system reduces the nutrient load in Lake Munson and whether the technology can be used elsewhere in the region. 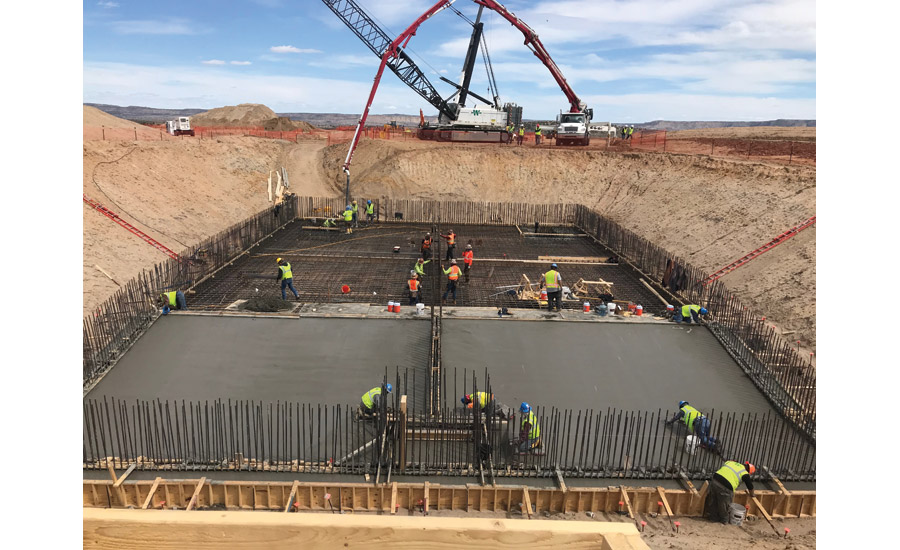 $1 BILLION
Estimated cost of drinking water source replacement due to PFAS in Orange County, Calif., over the next 30 years. (As of July 2020, but the cost is expected to increase.)
SOURCE: ORANGE COUNTY WATER DISTRICT

This spring, Jacobs achieved final completion of a new water supply for the Navajo and Jicarilla Apache Native American communities. The firm was the design-build lead on a $70-million, 3.5 -million-gallon-per-day greenfield water treatment plant and conveyance system using the Cutter Reservoir as a fresh water supply source in a water-starved region near Bloomfield, N.M. The project, the Cutter Lateral Reach Treatment Plant, is part of the $1.5-billion federally funded Navajo Gallup Water Supply project, which will divert 37,376 acre-ft of water annually from the San Juan River Basin and move it via 300 miles of pipelines, several pumping plants and two water treatment plants. Jacobs will operate and maintain the plant for one year under a contract with the U.S. Bureau of Reclamation before the Navajo Tribal Utility Authority takes over O&M.