Manhattan’s East Side Gets Into the ‘Zone’

The project is the first under the city's rezoning initiative, dubbed Greater East Midtown and approved in August, that aims to create 6.8 million sq ft of modern office space in a 73-block area anchored by Grand Central Terminal and bounded by Second Ave., Third Ave., Fifth Ave., 39th St. and 57th St.

The city Dept. of City Planning had argued that Midtown East’s office stock was so outdated that companies would rather move elsewhere, and that prior zoning rules were disincentives to redevelopment.

Swapping of air rights is an integral part of the plan. JPMorgan Chase will buy those rights from landmarks so that it can construct a larger building. Such sellers may include St. Patrick’s Cathedral, which confirmed to Crain’s on Thursday that it was preparing to put its 1 million sq ft of air rights on the block. 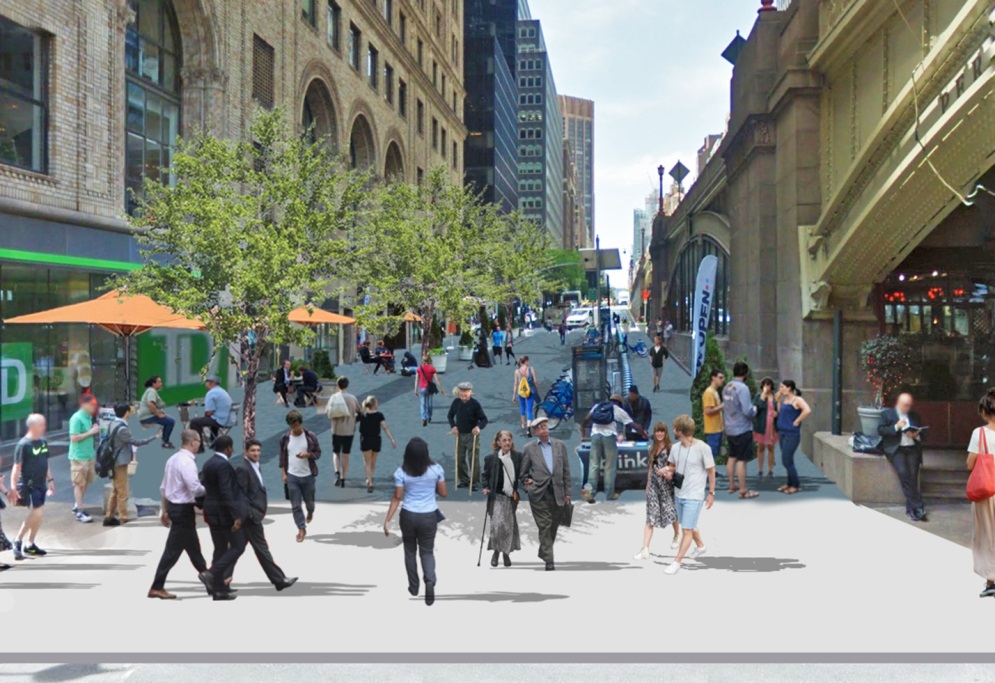 These transactions require sellers to pay the city a minimum $61.49 per sq ft. This money will help fund improvements to the neighborhood’s public infrastructure such as shared streets, thoroughfare upgrades, subway station elevators and escalators, and pedestrian plazas—like one coming to Pershing Square just south of Grand Central, pictured above, which was unveiled days before news of JPMorgan Chase’s future home base.

It is unclear how much the bank's project will cost, although the joint press release said it would create some 8,000 construction jobs during its build. The structure has not been designed yet, a JPMorgan Chase spokesman said.

Infrastructure Projects Worth $306B Will Help NY's Economic Recovery: Cuomo