Four years after TSX Broadway’s main developer acquired the entertainment, retail and hotel project, the anticipated raising of the Palace Theatre 30 ft from the ground into the new building finally happened Jan. 7.

On the first snowy day of the year, workers and executives for the various engineering firms on the project team scurried busily in the subcellar beneath the theater box, where the lifting system -- a hybrid between a structural steel shoring post and a hydraulic jack -- had been positioned. More than 30 of the massive hydraulic posts sat snugly under the bottom of the 109-year-old Times Square venue, ready to start the 6- to 8-week upward trajectory within minutes of ENR's visit. 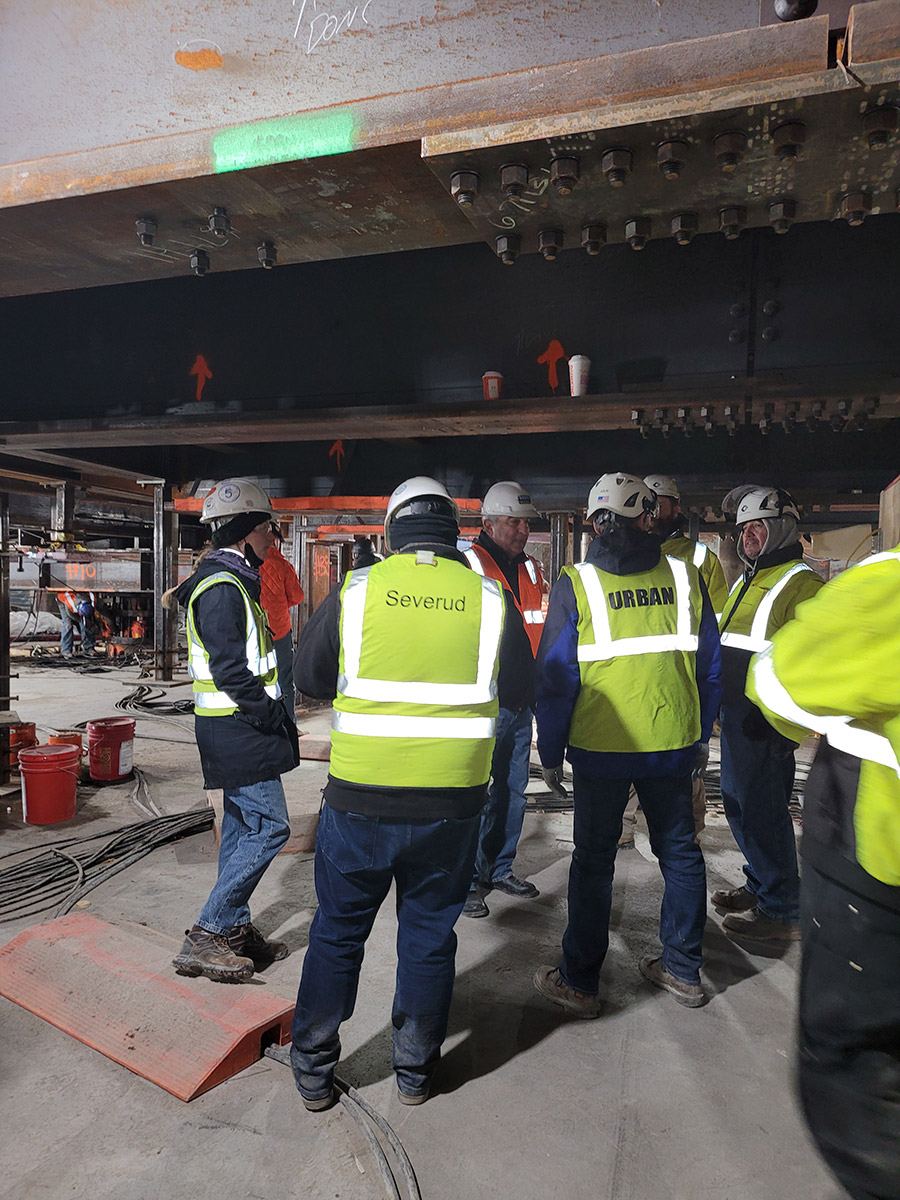 Urban Foundation/Engineering is the lift engineer on the TSX Broadway project and Severud is the structural engineering consultant.
Photo by Eydie Cubarrubia

“Obviously it’s a long, arduous planning process, not only in design, but in the construction and demolition process,” says Robert Israel, executive vice president at L&L Holding Co., the main developer that in 2017 joined the project, which was initially planned by Maefield Development. 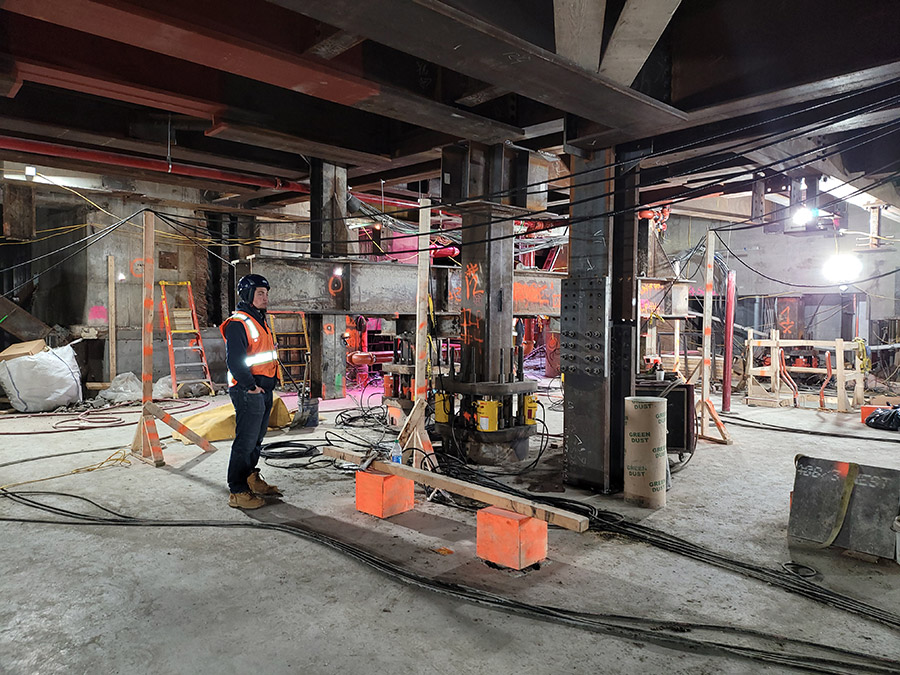 One of the massive hydraulic lifting posts just beneath the theater box is shown in the center with yellow-encased pistons.
Photo by Eydie Cubarrubia/

“Design was changed a bunch from when we we first took on the project,” Israel says. The structural design "went from steel metal deck building to reinforced concrete building.”

Demolition started in March 2019 of floors 16-46 of the old DoubleTree hotel, which had been built above and around the Palace in the 1980s. Per zoning laws, the team had to retain at least 25% of the slab so that TSX would be allowed to maintain the overbuilt condition. "We were able to get the zoning board to agree with us that the theater was part of that retained slab," Israel says. 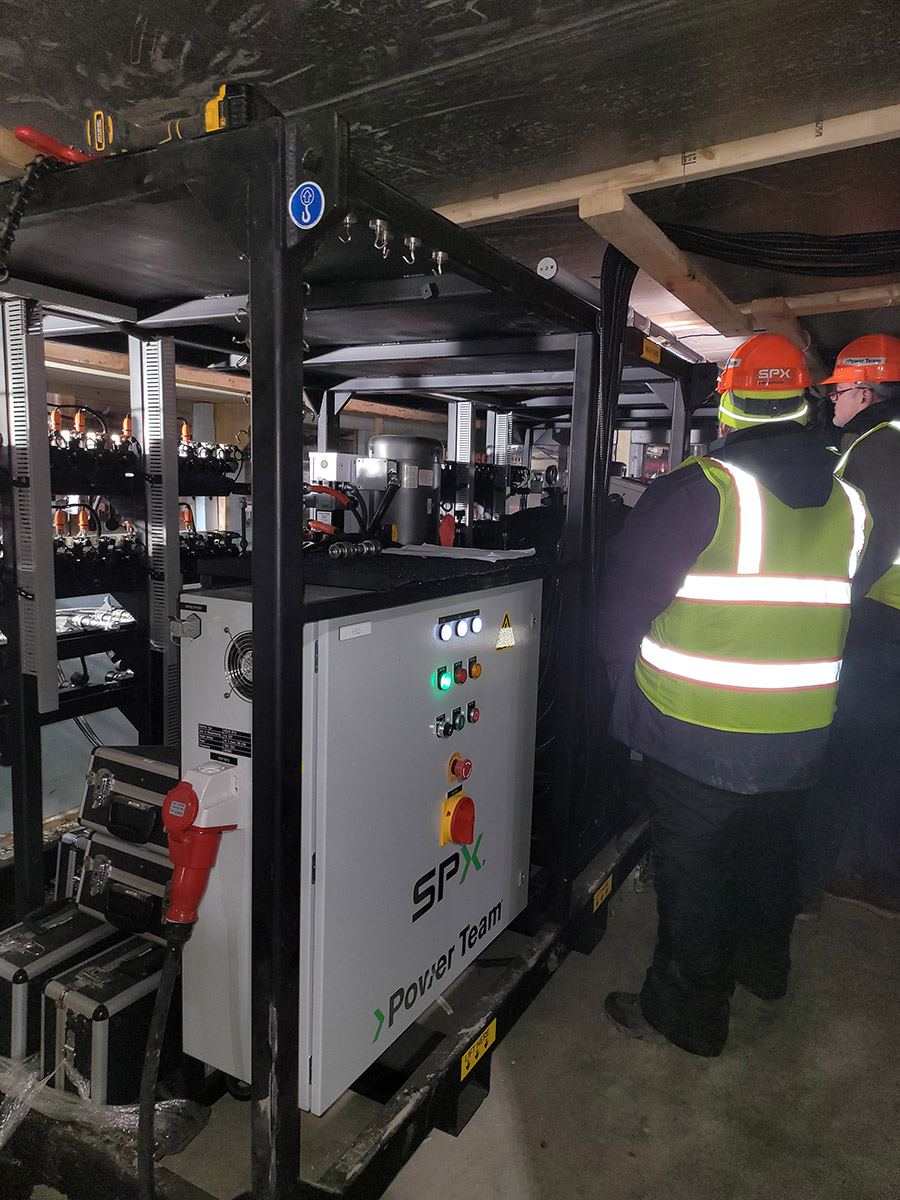 The hydraulics system lifting the theater is controlled in this narrow space under the building.
Photo by Eydie Cubarrubia

After demolition, from the ground to 16th floors, they retained certain areas of the floor plates to meet the remaining retained slab requirement. The team also added a subcellar to the basement, removed the theater's old foundation and created new foundations, and put the hydraulics in place and a 5-ft ring beam around the perimeter of the theater -- "all with 16 stories above our heads," Israel says. 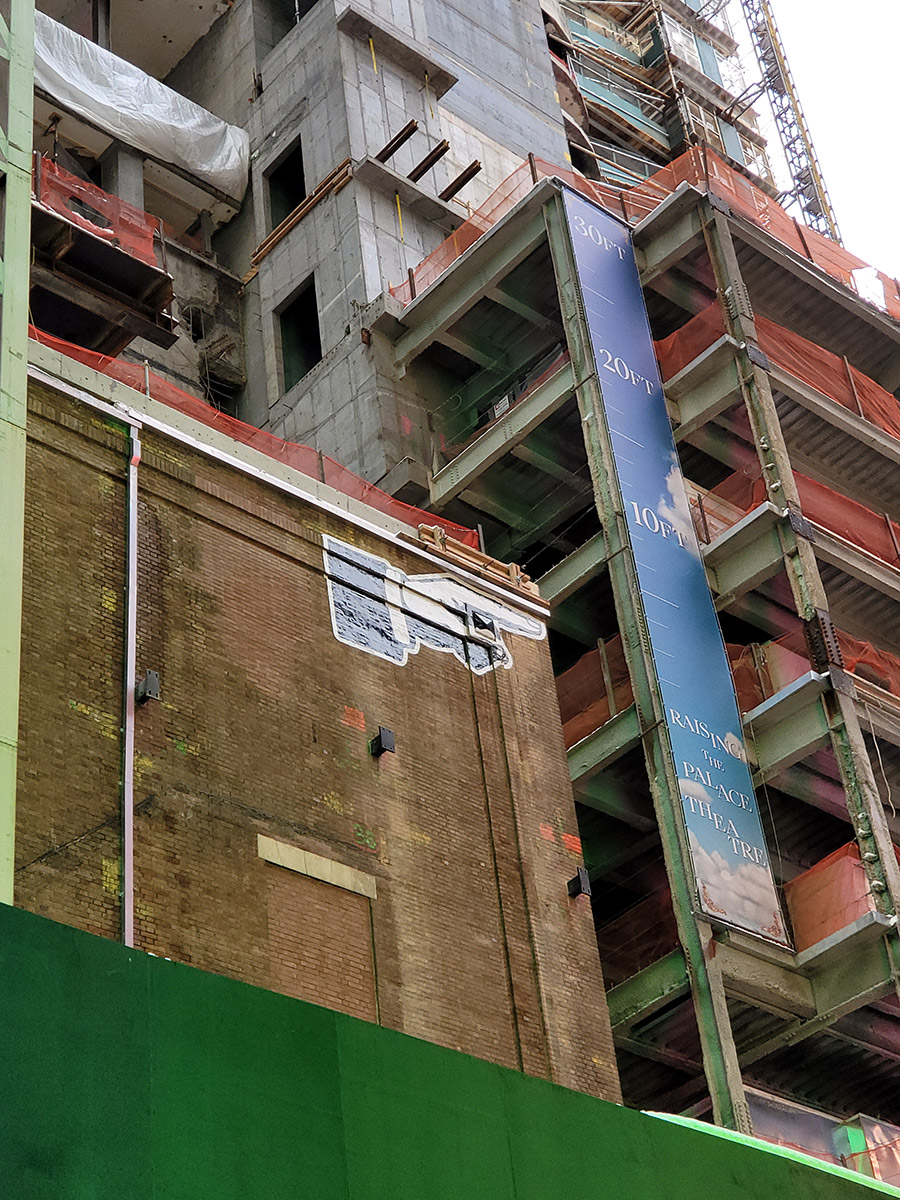 Passersby will be able to check the newly installed measurement chart against the Palace Theatre's 6- to 8-week progress upward.
Photo by Eydie Cubarrubia

Israel explained that Urban and its president, Tony Mazzo, were his top choice for the lift part of the project, saying that the “scope of work was designed by him and implemented in the field.”

Severud in an earlier press release said its "design calls for a partial demolition of the hotel, adjusting the heights of the various floors [and] increasing the load-carrying capacity of virtually every floor." Severud principal Cawsie Jijina said at the time that "this is one of the most complex assignments we have ever undertaken in [the firm's] 90-year history." 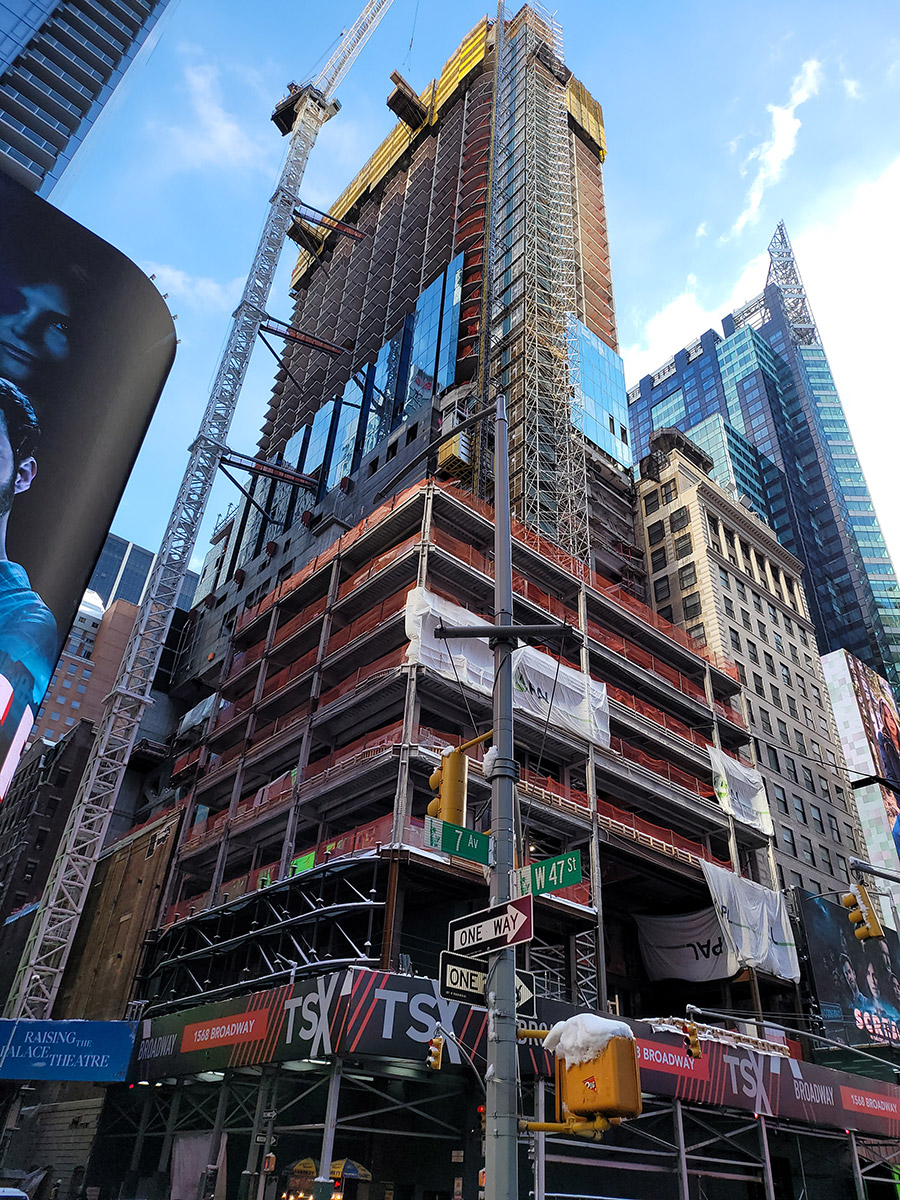 A view of the TSX Broadway site from a Times Square subway entrance.
Photo by Eydie Cubarrubia

The project is located at the busy corner of 47th Street and Seventh Avenue, where 3,000 people per day used to walk by before the pandemic, Israel says.

While COVID-19 shutdowns affected TSX Broadway for a short while, he explains, "from a logistical perspective, COVID actually helped us, reducing traffic around Times Square."