Viby’s new library and cultural center was designed “to feel like a living room” for the small Danish town about 40 km west of Copenhagen, according to its architect.

Clad in white glazed tiles evoking the memory of an old dairy that occupied its site, the building has become a popular venue for Viby’s population of around 5,000 people, says David Bjørnsdall, the architect’s project manager.

Designed as a place for the townspeople to linger, the building’s ground floor includes citizen services facilities, a coffee shop and a flex-room for workshops “ensuring an open and dynamic space with synergy,” according to the design team. 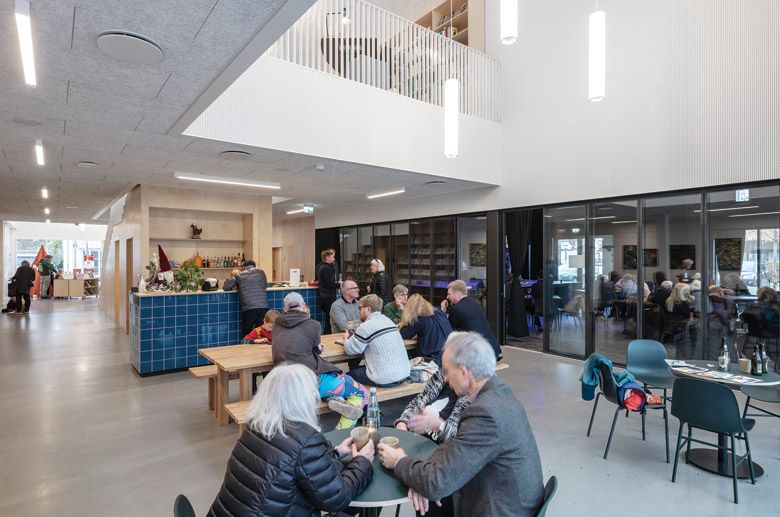 The first floor library area and the lower levels are connected by double-height open spaces. Because the building can hold concerts, it includes effective noise reduction capability. It is also thermally insulated and warmed by external heat pumps. The center is claimed to be among Denmark’s first to be certified by the German-based Sustainable Building Council (DGNB).

Though modest in scale, “the construction has been very complex because of the combination of different elements combined with a high architectural standard,” notes Mads Poulsen, spokesman for the building’s structural design firm WSP Denmark.

The walls and lower floors are in concrete, while structural columns and beams are steel. Prefabricated timber elements form the roof and frameworks supporting the glazed tile facade. 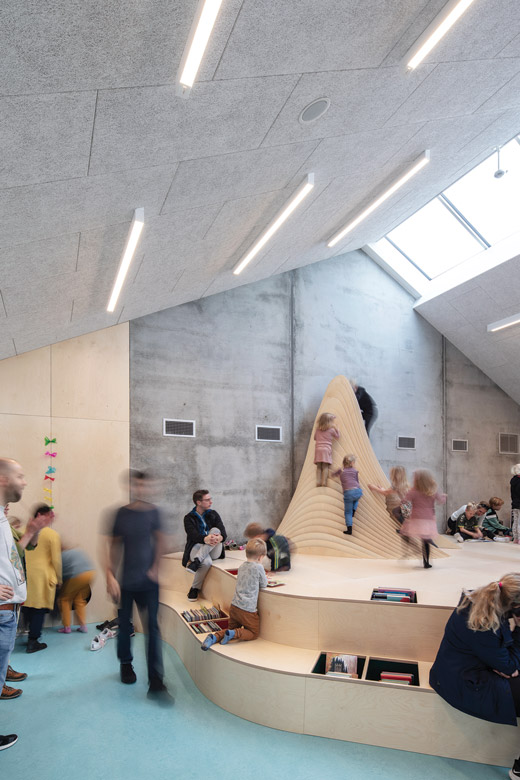 Starting in January 2020, the contractor Skou Gruppen A/S completed the project a year later, reportedly within schedule and budget, and with no recorded lost injury time.

“We are proud of the project because of the high standards,” notes Poulsen. “It has high environmental standards, high architectural standards, and it matters to the local community.”