Hines has broken ground on phase one of its 200-acre Riverwalk San Diego development. The project, which has a reported value of $3 billion, aims to transform Riverwalk golf course into a transit-oriented “live-work-play” neighborhood. Phase one of the project includes construction of five buildings that will house 930 residential rental units, as well as 75,000 sq ft of retail space surrounding a central green. The retail space will be anchored by a grocery store along with restaurants, bars, fitness studios and other stores and services. The completion and grand opening of Riverwalk San Diego’s phase one is slated for early 2025. Road widening, new traffic signals and sidewalk and bike lane improvements will also be made during phase one, with an expected completion of late 2023.

Clark Construction is the contractor. The master plan at completion of all phases includes 4,300 homes, 152,000 sq ft of retail, 1 million square feet of office space and 100 acres of parks and open space. 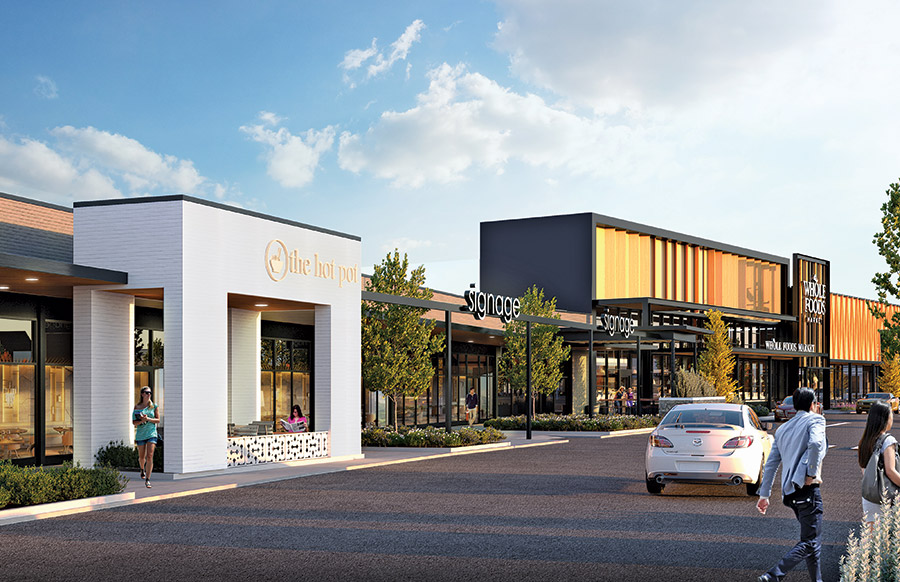 Federal Realty Investment Trust is starting a complete redevelopment of Huntington Shopping Center in Huntington Station, N.Y. The $75-million project will update facades, reconstruct parking lots and add landscaping and walkways. The project was jump-started by the addition of Whole Foods as a tenant, according to the company. When completed in 2024, the 21-acre center will feature 277,000 sq ft of retail, and two pad sites that can accommodate up to three tenants each.

47
The NAIOP CRE Sentiment Index for September 2022. The sentiment is based on a 100-point scale. Its current position below 50 indicates that respondents expect unfavorable conditions for commercial real estate over the next 12 months. The Index is at its lowest level since September 2020.

San Diego State University selected AvalonBay Communities to develop the first round of residential and retail at SDSU Mission Valley. AvalonBay’s proposed development comprises roughly 600 market-rate apartments, consisting of studio, one-, two- and three-bedroom apartments, along with approximately 30,000 sq ft of ground-floor retail, including a grocery store. A three-level parking facility will accommodate approximately 1,000 vehicles. The project will also incorporate art by local artists and is being designed to achieve LEED Gold Certification. The university and AvalonBay aim to secure approval from the Board of Trustees for the California State University in 2023, with construction to begin as early as 2024.

Boston Properties resumed construction of the first phase of the Platform 16 development project in San Jose, Calif. The first phase of the development will include the construction of an approximately 390,000-sq-ft Class-A office building, which is expected to be ready for client fit-out in late 2024, and a below-grade parking garage. The project, which broke ground in 2020, was paused soon after its start due to developer concerns about the effect of the pandemic on market conditions.