Steep slopes, a narrow access road and the close proximity of residences complicated the process of replacing a nearly century-old, 127-ft-long timber trestle bridge. When completed, the structurally deficient ravine crossing was replaced with a safer, fire-resistant bridge that would also reduce response times for fire, police and emergency vehicles.

Prior to construction, a large landslide narrowed the sole route to bridge to just 14 ft, requiring the project team to revise its original plans and carry out the reconstruction effort with smaller equipment and shorter splices of structural members. Logistics were further complicated by the closest available laydown site being located a half-mile away. 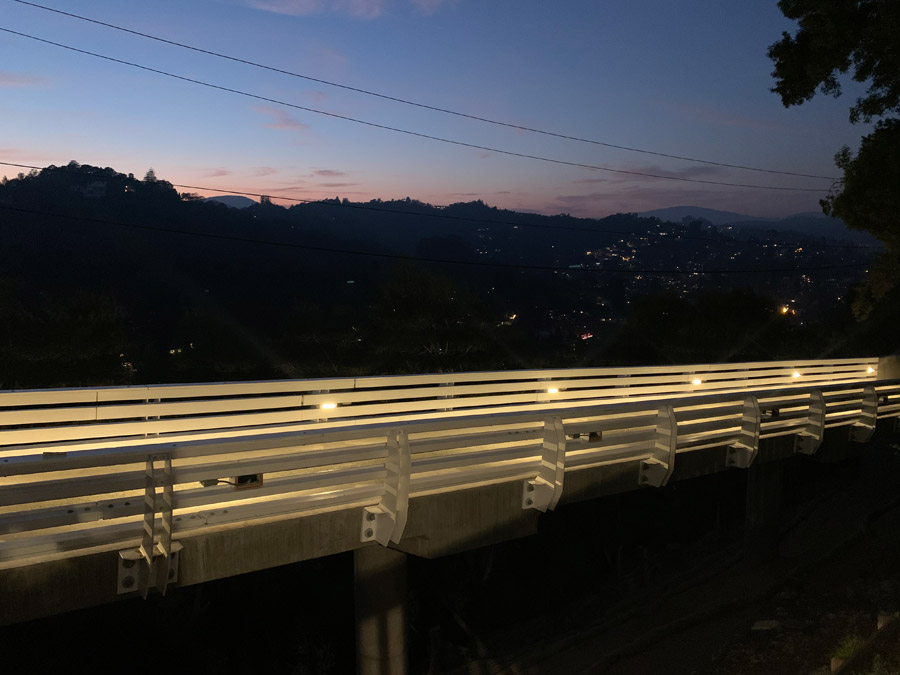 The project team completed the work on the three-span, cast-in-place reinforced concrete structure in less than a year. Speed was a priority to minimize disruptions and inconveniences to neighborhood residents. Community outreach important as area residents voiced concerns about construction-related noise and congestion issues. The team promptly responded to any questions or concerns in an effort to keep residents up to date on what was happening and why.

From the outset, innovative ideas had to be utilized. With the new bridge abutments built just inside those of the existing structure, lightweight cellular concrete was used to file the resulting void space and ensure structural stability. Use of the material saved more than a week of traditional backfill time, helping accelerate the schedule even further. Despite being limited to smaller grinding and grooving equipment, the bridge deck was finished to within one-quarter-inch of the theoretical grades. The upshot was a road surface that created less traffic noise.

The unique site terrain required a strong safety program. Building on existing safety fundamentals, the team conducted job hazard analyses, work plans and risk assessments for specific issues such as steep slopes, fire hazards, limited access/egress, fall hazards, and many other project facets. Those efforts were complemented by mandatory subcontractor safety orientations, and pre-task meetings for all major activities. As a result, the project team recorded 11,500 work hours with no recordable incidents or lost-time accidents. 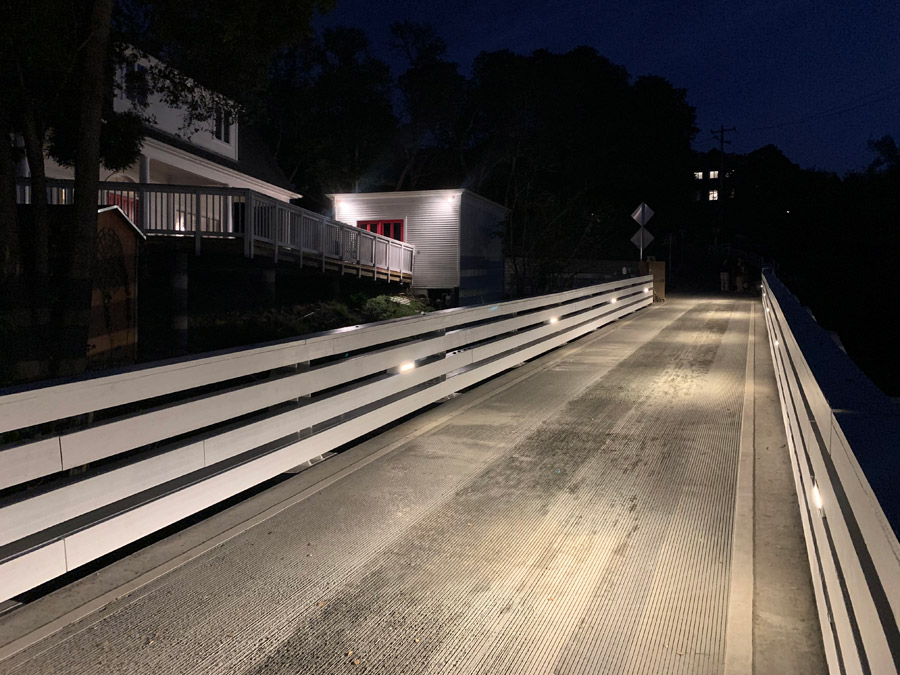 Completed on schedule and at budget, the new bridge and approach railings match the aesthetics of the existing bridge and retain the character of the neighborhood. In fact, the City issued a change order work to extended the railings several hundred feet past the bridge to provide additional safety and charm in that steep neighborhood. Low-voltage downcast LED lighting enhances pedestrian safety without introducing light pollution to the area. Ninety-percent of the old bridge materials were recycled, including a substantial amount of old-growth redwood components. Several local residents purchased pieces of salvaged wood as mementos of structure that had served them for many years.