The short list has narrowed to two teams for phase one of Calgary's Green Line light rail system, an estimated $4.28-billion line that is the largest public works project in city history.

Several big engineering and construction companies are in the chase, including Barnard Construction, Flatiron and WSP on one team, and Aecon, Dragados and Acciona on the other.

Approved by the city council in 2017 and meant to be funded and built in phases, the project, if completed, will include 28.5 miles of new track and 28 new stations. The initial phase is for the 11.5-mile core of the system.

But the project's total final cost clearly remains to be determined.

After Green Line LRT releases a request for proposals later this year and makes a final selection next year, a year-long collaboration and design development phase begins. It will provide a "better understanding of risks and costs in an open and transparent manner," Green Line LRT said in a statement.

Each team had responded to a request for qualification. 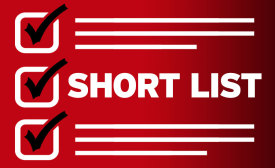 The shortlisted teams are: