Manufacturers have responded to the global semiconductor chip shortage with plans to boost domestic production. The U.S. semiconductor sector saw $40.5 billion in gross capital expenditures in 2021 as companies worked to meet demand, according to the Semiconductor Industry Association. Taiwan-based GlobalWafers announced plans in June for a $5-billion wafer production plant in Sherman, Texas. Sherman is also where Texas Instruments recently broke ground on a $6.5-billion plant, known as a “fab,” which the company says could be the first of four at the site. Other large projects in the works include a $17-billion Samsung plant planned for Taylor, Texas, and Intel’s $20-billion, two-fab “mega-site” in New Albany, Ohio. However, some of these high-price projects could face delays as lawmakers have not yet reached a deal on $52 billion over five years promised by the CHIPS Act to boost U.S. semiconductor manufacturing. Both houses of Congress have passed the act, but lawmakers have not yet reached a deal for the money to be available. In a statement, an Intel spokesperson said the delay in CHIPS Act funding may delay the groundbreaking for its Ohio project. Commerce Secretary Gina Raimondo said during a June 27 CNBC interview that the delay could put GlobalWafers’ Texas plant plan in jeopardy, and she called on lawmakers to reach a deal before their August recess. 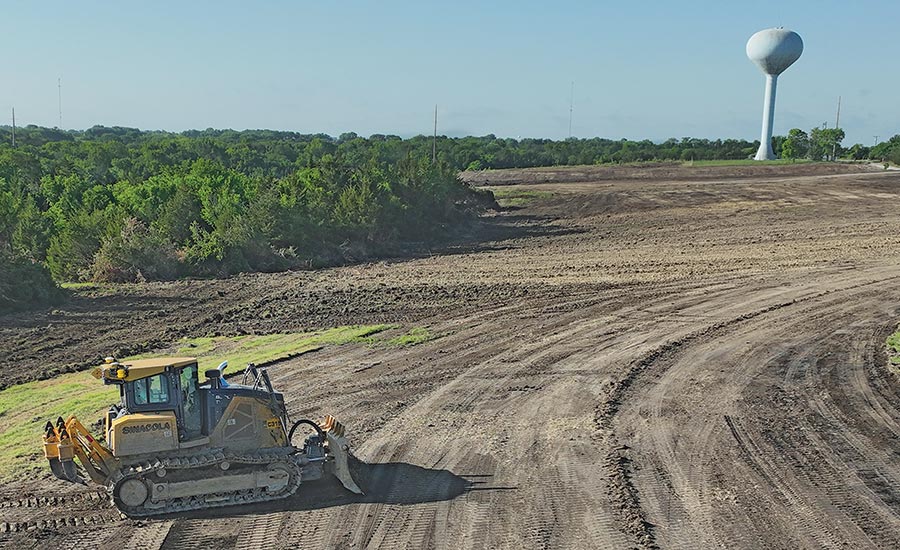 2.6%
The average increase in capital spending anticipated over the next 12 months.
—National Association of Manufacturers Second Quarter 2022 Outlook Survey

Fluor is designing Eli Lilly and Co.'s $2.1-billion pair of manufacturing sites at Indiana Economic Development Corp.'s LEAP Lebanon Innovation and Research District in Boone County. The state has targeted growth for the district, located northwest of Indianapolis where the pharmaceutical firm is based. Company Chairman and CEO David A. Ricks said it is an investor in the district's development. The facility will help meet increased demand for Lilly's Type 2 diabetes treatments by making active ingredients and new products such as genetic medicines. The firm estimates the project will support 1,500 construction jobs, but also says work is contingent on zoning and other approvals.

97%
The increase in manufacturing construction starts year-to-date in May.
—Dodge Data & Analytics

SSOE Group is providing architecture and engineering services on the design-build team for Idaho-based battery cell technology firm KORE Power Inc.'s $1.25-billion manufacturing plant in Buckeye, Ariz. The 2-million-sq-ft, 12-GWh-capacity plant known as the KOREPlex will be powered by on-site solar at the 214-acre facility. It will produce lithium-ion battery cells for electric vehicles and energy storage. KORE says the facility will be the first of its kind owned by a U.S.-based company and manufacturing U.S.-owned intellectual property. Yates Construction is leading the design-build team. Construction is set to start this year and the facility is expected to begin operating in 2024.