The project will have more than 1.8 million solar modules installed on about 6,500 acres of federal land northeast of Las Vegas, set to produce enough energy to power the city, said Primergy. Maxeon Solar Technologies of Singapore will provide high-efficiency, bifacial solar modules, the developer said.

The firm and its Australian parent said July 1 that they closed a $1.9-billion debt and tax equity financing for the project, including $1.3 billion in credit facilities for a construction loan and tax equity commitments.

Gemini “is extraordinary in its scope and scale, and we are excited to join Primergy in significantly expanding the availability of clean energy,” said Dave Flickinger, executive vice president of Kiewit Energy Group.

Primergy said it will implement construction methods such as alternative site preparation, narrow road corridors into the project site and spaced and raised rows of solar modules to ensure that nearly 80% of the land “remains open to the sky.” Construction, set to have a 1,000-person workforce, will finish in 2023, said the developer.

Opponents remain concerned about project disruption to the desert ecosystem, but Primergy has noted major risk reduction investments such as tortoise relocation.

Public comment extends from June 24 to Aug. 8 on the U.S. Interior Dept. draft environmental impact statement for Ocean Wind I, a 1.1-GW New Jersey offshore wind energy project being developed by Danish developer Ørsted with utility PSEG. It involves construction of up to 98 GE Haliade-X wind turbines and three offshore substations with export cables taking power to a closed onshore coal-fired power plant and a decommissioned nuclear facility. Burns & McDonnell Engineering Co. and JINGOLI Power were contracted to install the substations and about 9 miles of underground cable. Construction is expected to start in September 2023. In Rhode Island, Gov. Dan McKee signed a law July 6 requiring competitive procurement of between 600 and 1,000 MW of offshore wind capacity as part of its goal to completely offset electricity generation with renewables by 2033. Rhode Island Energy must issue the procurement by Oct. 15.

Work is set to finish later this year on a test hub to turn landfill-bound waste into hydrogen fuel to power heavy-duty vehicles. Renewable fuel firm Raven SR contracted POWER Engineers last year to complete detailed engineering for the hub at waste owner Republic Services' Richmond, Calif., landfill with Stellar J as contractor. When operating, the hub and another in the state will each produce up to 10 tons daily of renewable hydrogen, enough to fuel 200 heavy-duty trucks. The process does not produce toxic pollutants or particulates, according to POWER Engineers. 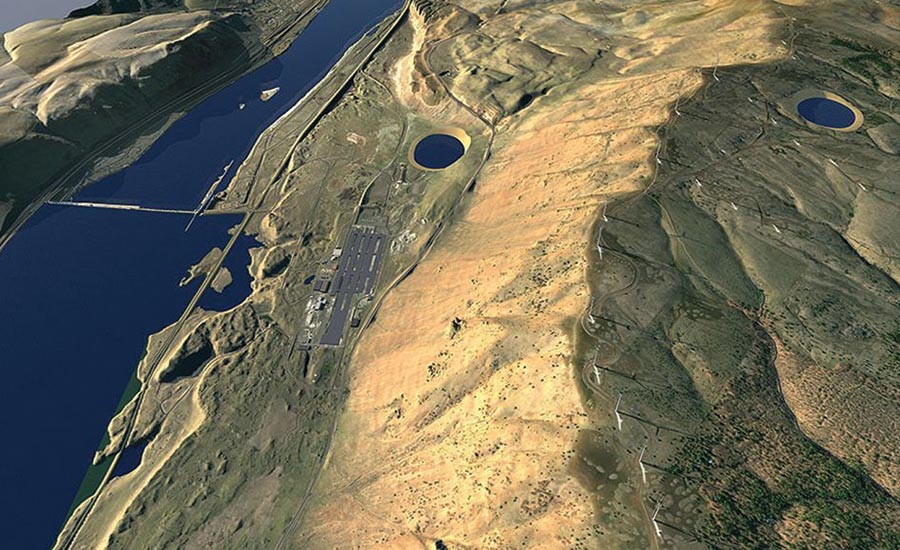 Washington state has extended until Aug. 9 the public comment deadline on its environmental review of a plan to build a $2.1-billion, 1.2-GW pumped storage project, set to be the largest in the Northwest. HDR Engineering prepared initial design for the Goldendale energy storage site, with Copenhagen Infrastructure Partners and Rye Development as its major investors. The project consists of two reservoirs at different elevations linked by a tunnel with reversible turbines. It would draw Columbia River water, store it on an upper reservoir and release it to a lower one to generate power when other renewable sources are not available. Construction would start in 2025 and finish in 2028.