Will cost volatility and material shortages tip the scales in favor of alternative project delivery methods?

With projects facing rising material costs, crunched schedules and labor shortages, project delivery firms say owners are finding themselves at a fork in the road when it comes to design-bid-build versus alternative delivery models. Risks are inherent to any project, but more owners are turning to alternative delivery to reap the rewards of early collaboration.

For ENR Top 100 Project Delivery Firms, revenue for both design-build and construction management-at-risk (CMAR) delivery methods rose last year—design-build rising 2.51% to $100.22 billion and CMAR rising slightly less at 1.68% to $150.79 billion. But beyond the numbers, Top 100 firms share that there is a gradual shift in the way owners are putting together project teams.

Owners are increasingly seeing the benefits of early collaboration, and as a result warming up to alternative project delivery methods to reconfigure risks, many firms report. But as AEC firms continue to navigate supply chain disruptions, cost volatility and competition for craftworkers in busy construction markets, “the question is how does our industry account for all the unknown risks?” asks George Pfeffer, president and management committee member at DPR Construction.

Understanding risks up front and creating contingencies is an essential part of the project delivery process, says Pfeffer. “It takes proper planning to head [risks] off,” he says, explaining that DPR is “more cautious” with low-bid/lump-sum procurement models. When it comes to owners, a major “mind shift” is needed to “approach risk in new ways,” he says.

Early collaboration isn’t without its barriers, such as a perception of lack of value, “especially among stakeholders,” says Pfeffer. DPR has seen the most success with owners bringing contractors and subcontractors into the process immediately after schematic design, he explains.

“Done properly, it will, in essence, remove a significant level of the unknown risks that exist in the traditional process,” he says, “leading to a much better final product.” 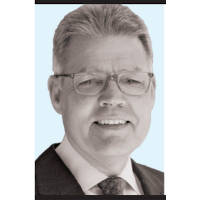 From a construction contract standpoint, complex projects will tend to benefit more from getting builders involved early on, says Brian Perlberg, senior counsel for construction law and contract documents at the Associated General Contractors of America.

AGC does not take a position on project delivery methods, but Perlberg says “one of the most attractive benefits offered by CMAR is that it facilitates a general contractor’s [and trades’] earlier involvement.”

Only 34% of mid-tier Top 100 firms (those ranked between Nos. 26 and 75) saw an increase in revenue when compared to firms in the same positions last year. CMAR revenue for those firms roughly ranged between $500 million and $1.5 billion. For firms ranked in the Top 25, 68% performed better than firms last year, and 76% of bottom tier firms (ranked between Nos. 76 and 100) performed better than previously ranked firms.

Still, total revenue for CMAR firms was below pre-pandemic levels. Median CMAR revenue was down 4.9% to $737.8 million, the lowest its been since 2017. 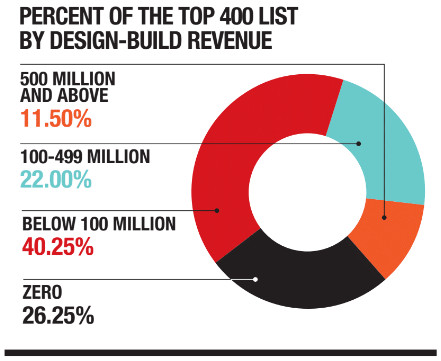 “The partnership and shared vision from the beginning undoubtedly created a culture of collaboration that translated into a hugely successful project,” he says. “From clients to design partners, everyone agrees that early collaboration saves time and creates better end product.”

Projects that need to be fast-tracked to the shovel-ready phase can also benefit from the early collaboration methods inherent in delivery models such as IPD and design-build. As a firm that uses both CMAR and design-build methods, Mullen explains that STO takes every project under consideration through an internal “go or no-go process” to closely examine risks, liabilities and to recommend the best delivery method. 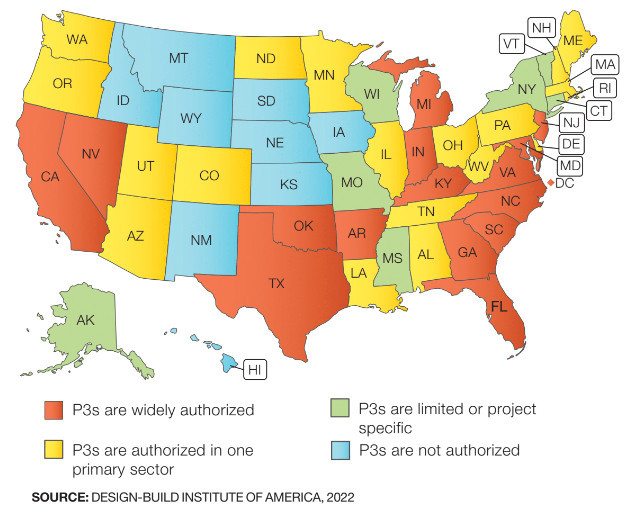 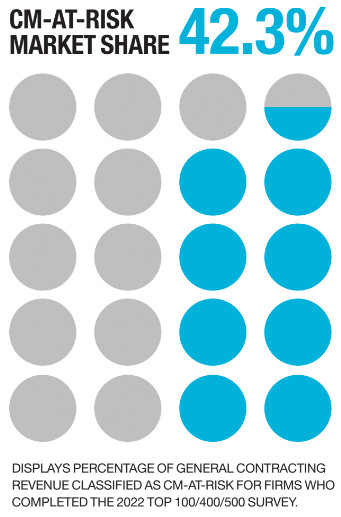 “Our legal, compliance, risk and safety teams evaluate any risk and liabilities,” he says. “We then negotiate the contractual language to mutually acceptable terms and implement any compliance and safety protocols,” including specific insurance coverages, as needed.

In addition to early collaborations with subcontractors, Opus Design Build LLC President and CEO Tom Becker says design-build has enabled the firm to tackle supply chain challenges that may have otherwise threatened schedules. 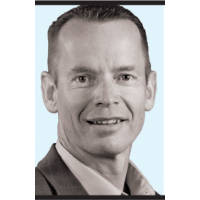 “We have been able to circumvent supply delays by estimating and pre-purchasing materials before design documents.”
Tom Becker, CEO, Opus Design Build LLC

“Especially for the industrial sector, lead times for key materials have been greatly extended due to supply chain constraints,” he says, adding that industrial users tend to have tight timelines for getting into their new space.

“For some projects, we have been able to circumvent supply delays by estimating and pre-purchasing materials before design documents are complete, guaranteeing production slots and timely material delivery,” says Becker. “Opus delivers the vast majority of our projects on a design-build delivery model, so it’s not an alternative for us. It’s part of our DNA.”

Not So ‘Alternative’ Anymore

The last 16 months have been one of the most successful legislative periods in the history of the Design-Build Institute of America (DBIA), a collective of AEC professionals, firms and academics that studies and advocates for more design-build authority in states. According to DBIA CEO Lisa Washington, there have been more than 400 bills during that period across 48 states to preserve, protect or expand design-build authority at the state and local level. 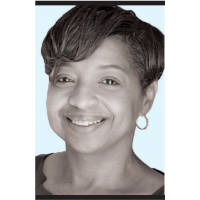 “Where design-build was already allowed, we are seeing an expansion of that authority to more public agencies.”
Lisa Washington, CEO, Design-Build Institute of America

“Where design-build was already allowed, we are seeing an expansion of that authority to more public agencies, entities and sectors,” says Washington, specifically state DOTs.

With the Infrastructure Investment and Jobs Act set to divide up $1.2 trillion among states for infrastructure projects, Washington believes states are preparing to get projects off the ground quickly.

“Research has validated again and again that design-build is faster,” says Washington. “But also just the construction speed. Research has said that it is really twice as fast as design-bid-build and about 60% faster as CMAR. And that speed has been noted as one of the primary reasons that owners tend to gravitate toward design-build.”

This year, 36 Top 100 design-build firms had higher revenue than equivalently ranked firms last year; 22 of those firms were ranked between Nos. 26 and 50 on the Top 100 Design-Build firms list (second quartile), making firms that reported between about $500 million and $1 billion in design-build revenue big gainers on the 2022 list. 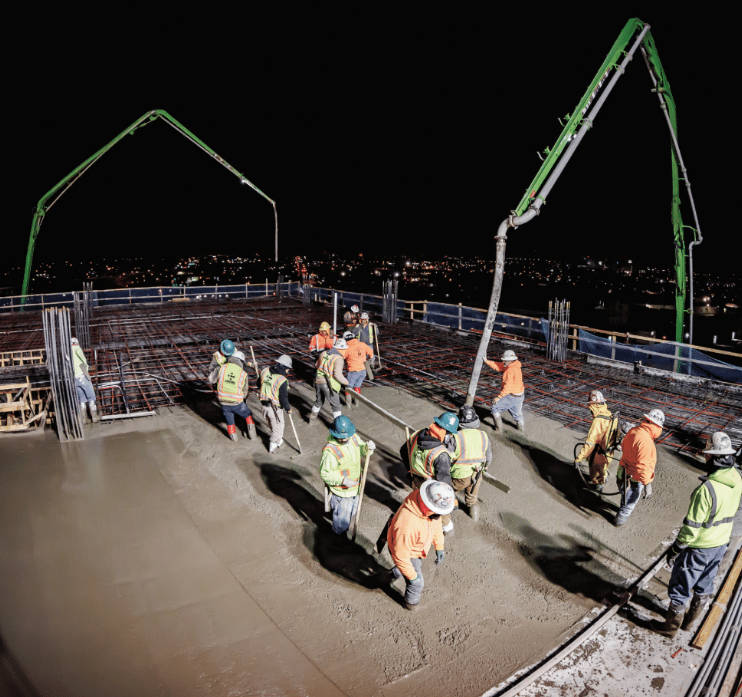 Cantera Concrete Co. crews are working on the first phase of the Santa Fe Square project, a $125-million mixed-use development in the downtown Blue Dome district in Tulsa, Okla. Manhattan Construction (No. 56) is the construction manager for the 12-story structure that includes 134,978 sq ft of office space on the upper six levels and 309,418 sq ft of parking garage space on the lower six levels, accommodating 720 parking spaces. Construction is scheduled to complete in 2023.