Nancy and Rich Kinder Building | Submitted by McCarthy Building Cos.

The Nancy and Rich Kinder Building’s roof, designed to resemble the billowing clouds of Texas—and including 23 separate structures—proved to be this museum project’s biggest challenge. “Ultimately we went with a lightweight concrete over metal decking supported by a complex structural grid of beams that tied into double-segmented helix curve roof trusses,” says Brian Luney, project director at McCarthy Building Cos. It went off “without a hitch” he says, citing the pre-work done on the design, engineering and integration with the concrete walls as key. The structure’s clerestory glass was delivered to the jobsite flat and cold-bent to conform to the roof’s geometry when installed.

The building sports unique features both above and below ground. The 130-ft tunnel connecting the Kinder building to the existing Caroline Weiss Law building—one of two tunnels added—was hand dug underneath an active roadway in 6-in. sections. The exterior facade features roughly 1,100 semicircular glass tubes, creating a “cool jacket” attached to the concrete wall. 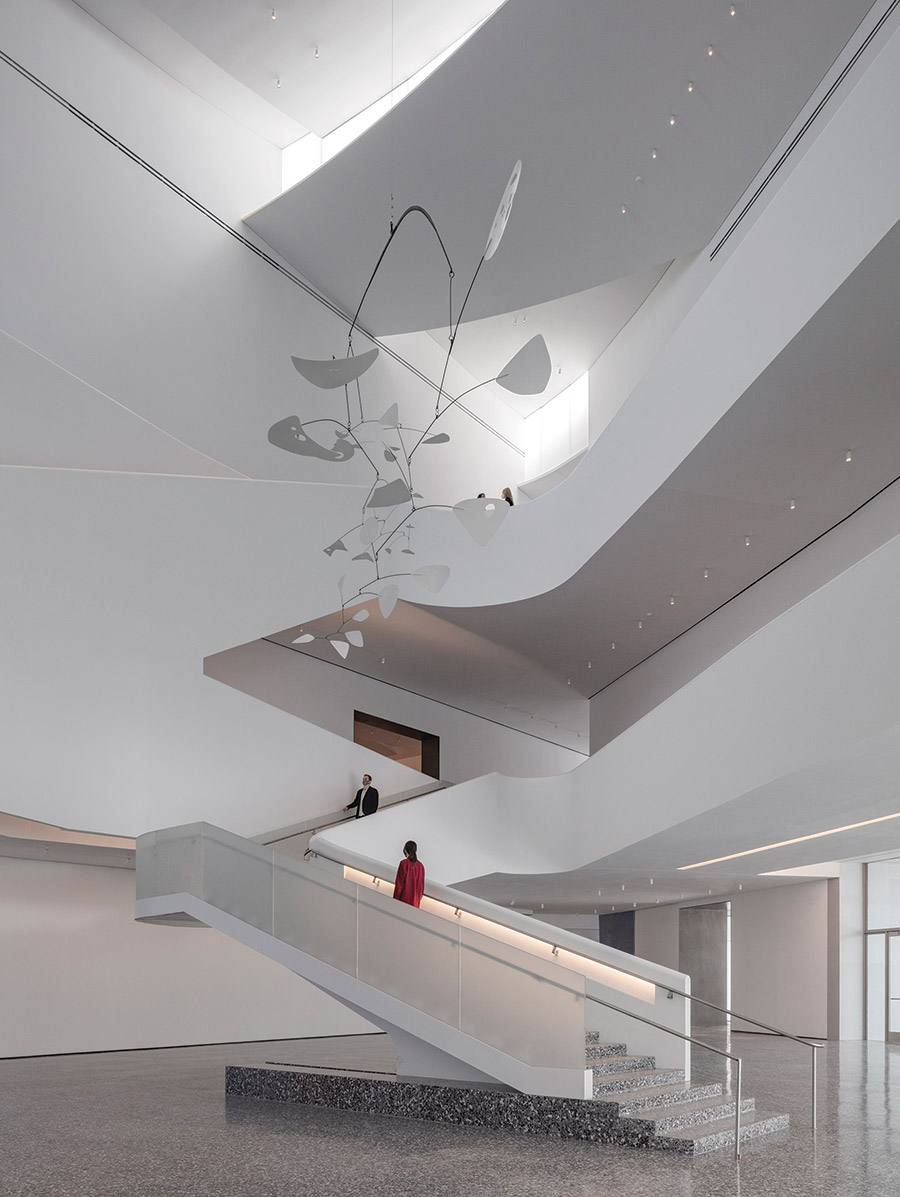 The design aims to create the look of a “floating building,” both inside and out.
Photos by Kendall Heaton Associates, courtesy of McCarthy Building Cos.

To plan the museum building’s interior, contractors erected a half-scale gallery mock-up, which allowed the team to work out everything, including the shape of the skylights, the geometry of the ceiling sub-framing and the amount of filtration to the terrazzo mix on the museum’s floor, according to the team.  “It was like a laboratory where we were able to work out all of these things together,” says Eric Anyah, CFO at the Museum of Fine Arts, Houston, the project owner.

The team used custom, large-format glass from Europe on the interior windows, elevator enclosures and vestibules, with each pane calibrated to allow a specific level of light transmission to protect the artwork while allowing sufficient lighting for visitors, says Anyah.

Approximately six months into construction, Hurricane Harvey hit and flooded the site. The 237,000-sq-ft exhibition hall still finished below budget and ahead of schedule.