Expansion of Manhattan’s Second Ave. subway, forward momentum to build a new Hudson River rail tunnel, added electric buses for the Metropolitan Transportation Authority, a Metro-North Railroad link to Penn Station and a reimagined Kennedy Airport all are worthy recipients of close to $30 billion that New York state stands to receive from the now-enacted federal Infrastructure Investment and Jobs Act.

The projects have the potential to positively impact the lives of millions of individuals every day—commuters, residents and visitors—while generating jobs and positive economic results for years.

Multi-billion-dollar investments such as these planned in New York and elsewhere across the country will generate big headlines, but there are thousands of smaller unsung projects that also will significantly improve public safety and well-being. 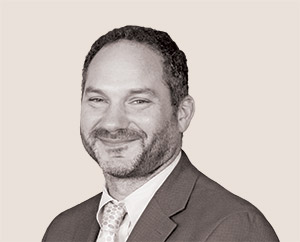 Across New York state, motorists pay a total of $28 billion annually in added vehicle-operating costs due to road and bridge deterioration, congestion or lack of safety features, says a report issued last month by TRIP, the non-profit transportation research group.

Of the state’s 17,540 bridges, close to 10% were found to be structurally deficient in 2019, according to the American Society of Civil Engineers’ annual infrastructure report card, and 424 dams are considered “high hazard,” putting downstream residents at risk in a breach.

Transportation infrastructure owners in New York are addressing this backlog.

Gov. Kathy Hochul announced in January the award of $216.2 million in enhanced assistance to 88 New York communities to help rehabilitate and replace bridges and culverts. According to the governor’s office, projects were selected based in part on benefits to small businesses and environmental justice communities—both disproportionately impacted by a pandemic-related economic downturn.

The new federal infrastructure law reauthorizes U.S. surface transportation programs for five years and invests $110 billion in added road and bridge repair and transformational projects across the country. New York is set to receive about $11.6 billion for highways and nearly $2 billion for bridge repair and replacement. The law also provides $2 billion to boost replacement of dangerous lead pipes in municipal drinking water systems.

In addition to major projects, a single smaller project can have a very big impact.

For six decades before the 1,400-ft-long steel-and-concrete ramp was built, drivers were routed through the streets of East Harlem, causing congestion and air pollution. In just one year, the ramp has saved an estimated 150,000 hours of total travel time for drivers, providing a shorter and safer route to their final destinations while decreasing traffic and noise pollution on busy local streets.

The connector ramp’s initial schedule was modified from 18 to 15 months by the design-build team, but it worked. Despite all the challenges, the project came in 50 days ahead of schedule, and the team proudly achieved 30% minority and women business enterprise participation.

Compared to big infrastructure projects that are celebrated, this $46-million job was modest.

What’s most important, however, isn’t the efficient way this seemingly mundane highway ramp was executed or what it brings to commuters; it is the project’s significant community health benefits. The ramp will eliminate 2,500 tons per yer of CO2-equivalent emissions, helping to reduce Harlem’s childhood asthma rate, which is among the highest in the nation.

The fact that the American Council of Engineering Cos.-New York recognized this project with an award is gratifying, but it is far from unique in contributions to New York City and can be replicated across the state, one project at a time.

The economy, safety and overall welfare of New Yorkers will reap benefits for generations from this type of comparatively small infrastructure investment.

Seth Condell is vice president and NY/NJ regional bridge practice lead for Parsons. He can be reached at seth.condell@parsons.com.

Seth Condell is vice president and NY/NJ regional bridge practice lead for Parsons. He can be reached at seth.condell@parsons.com.