This website requires certain cookies to work and uses other cookies to help you have the best experience. By visiting this website, certain cookies have already been set, which you may delete and block. By closing this message or continuing to use our site, you agree to the use of cookies. Visit our updated privacy and cookie policy to learn more.
Home » Wetlands Documentation App Ecobot Nets $2.8M in New Funding Round
Information technology
Tech Startups

Wetlands documentation and compliance app maker Ecobot secured a $2.81-million second seed round of funding round earlier this month, a sign construction tech investors see value in targeted solutions to specific workflow problems. This investment is a considerable step up from the $450,000 seed round the company received three years ago, shortly after its founding in 2019.

“This is going to let us build more cool stuff faster,” says Lee Lance, Ecobot co-founder and CEO. The company’s mobile app allows for wetlands documentation scientists and specialists to quickly enter in data from the field that is then automatically formatted for the legally required paperwork. The company currently has over 1,200 users, and its customers include some of the largest environmental engineering firms in the U.S.

Ecobot had previously expanded with its 2020 acquisition of competitor Wetform [ENR 9/7/20 p. 89]. This latest funding round will allow Ecobot to further grow its sales presence and build out future integrations with digital twin workflows, says Lance. Investors in this funding round were led by Cultivation Capital, Cofounders Capital and Runway Venture Partners. 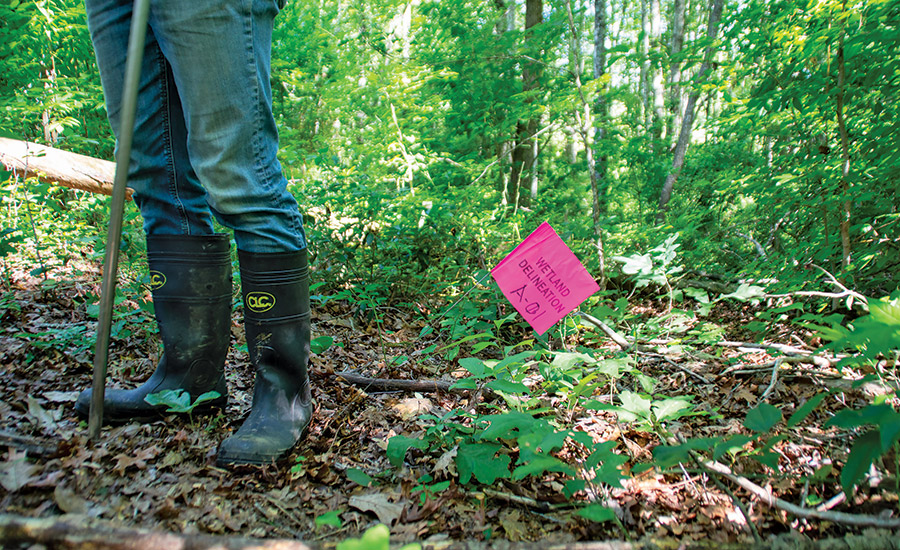 One new change at Ecobot is the addition of longtime industry executive Grant McCullagh to the Ecobot board of directors. “I’ve always been interested in intellectual property that really focuses on automating and simplifying the collection and analysis of data at every phase of the process,” says McCullagh, who had previously served as vice chairman of AECOM and now acts as an advisor to several construction technology firms. “With wetlands, it’s so vastly different across different regions, and the regulations can change so rapidly,” he observes. “If you’ve got a system to automate the update of that information, that eliminates a whole layer of work for scientists and field managers prepping the reports.”

Lack of properly documented site data is a major obstacle to long-term planning, notes Lance. And getting this wetlands compliance data into digital twins is the next step. “There’s a gap we’re going to fill—we’re creating a better understanding of the natural environment.”