This website requires certain cookies to work and uses other cookies to help you have the best experience. By visiting this website, certain cookies have already been set, which you may delete and block. By closing this message or continuing to use our site, you agree to the use of cookies. Visit our updated privacy and cookie policy to learn more.
Home » 2021 4Q Cost Report: Strong Demand Drives Equipment Sales, With No End in Sight
CompaniesEquipment

The logistical snarls in the global supply chain that have disrupted so many other aspects of construction have put pressure on the equipment supply, which combines with the high level of demand to keep sales and resales brisk. That in turn continues to push up prices, even for used equipment that’s seen a few years in the field.

“This lack of inventory we have been seeing is persisting—it has not gotten any better,”observes Heather Messing, analytics lead with industry data firm EquipmentWatch. “With things stuck at ports or in transit, some people don’t want to give up their machines just yet if it continues to be difficult to source new ones.”

EquipmentWatch data shows  the construction equipment in the secondary market is aging as well. “Year-over-year age on resale equipment is going up, also at auctions,” says Messing. This is reflected in her firm’s monthly data, which saw a slight decline of 1.9% in auction values, perhaps reflecting the aging selections.

With supply chain problems now entrenched for months on end, Messing says she doesn’t expect significant relief for the tight equipment market until new machines begin to enter distribution channels. “As demand has continued, it’s been a problem that just makes itself worse and worse as time goes on,” she says. “Until we see production ramp up, I don’t see that being alleviated.” 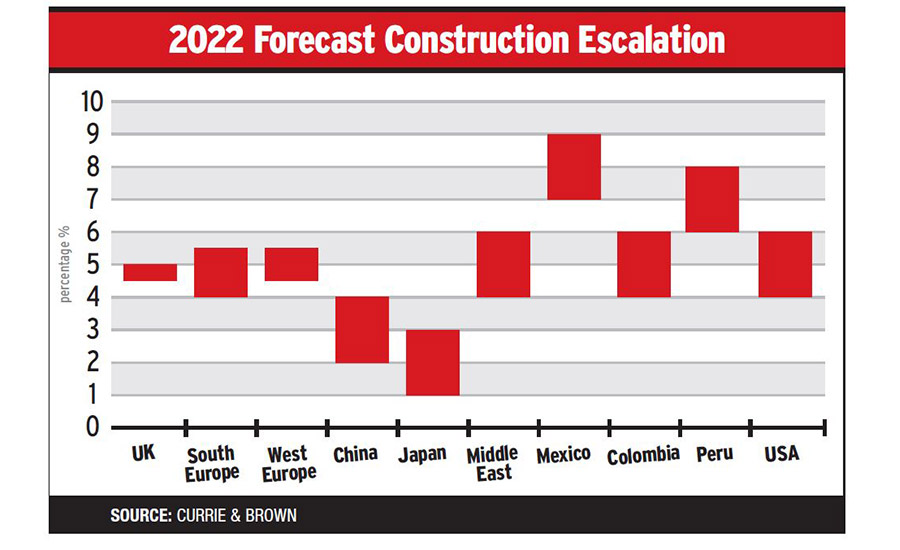 But these problems are not limited to the U.S. equipment market. European construction firms continue to see limited availability of new equipment, running into many of the same supply chain snarls as in the U.S. “While equipment markets here in Europe have bounced back well over the last year, they could have bounced back better if dealers had equipment to sell,” observes Chris Sleight, managing director of U.K.-based Off-Highway Research.

Sleight says that the extended supply chain problems for construction equipment manufacturers are not surprising, given how the industry is organized. Key components need to be shipped over oceans, and many manufacturers had adopted just-in-time deliveries for parts to reduce on-site inventories. These policies are not easily changed midstream. He adds that the semiconductor chip shortage that has affected automobile manufacturers also is an issue for many equipment makers. “We’re not as high tech in the construction equipment world as in on-highway [vehicles], but even very basic machines have a semiconductor in there somewhere, in the engine or operator’s interface,” he says.

Despite these constraints, construction equipment sales have remained strong through 2021 and will be into the next year, notes Sleight. “Things have bounced back much more strongly this year than expected,” he says.”We were fairly conservative for this year [in our earlier forecasts] but have seen it tick back up.” While dealers ordering excessive new equipment now may result in a glut later, forecasts for 2022 remain strong. “I think next year we will see demand staying very high, and for 2021 we will look back and see record volumes of construction machines have been sold around the world.”

2021 3Q Cost Report: No End in Sight to Year of Supply Chain Chaos and Materials Challenges