AECOM is developing a live hydraulic model for a smart canal in Glasgow that will proactively manage flood risk and water quality using rainfall forecast data. The system will provide surface water storage when required and deliver flood risk mitigation by using automated regulation of the canal level. A set of controls open and close the discharge and feeder sluices to lower canal levels based on anticipated storm runoff. The stormwater then raises the canal back to a normal operating level. AECOM is providing a range of technical and advisory services for the approximately $5-million project, called the North Glasgow Integrated Water Management System. AECOM’s services include engineering design, hydraulic modeling and project management. MacKenzie Construction is the contractor, and Fairfields Control Systems is installing the telemetry and IT hardware.  In August, the project team completed the civil, monitoring and IT infrastructure portion of the project, but work on the modeling continues. AECOM says that repurposing an 18th-century canal for modern use is more cost-effective than traditional approaches. 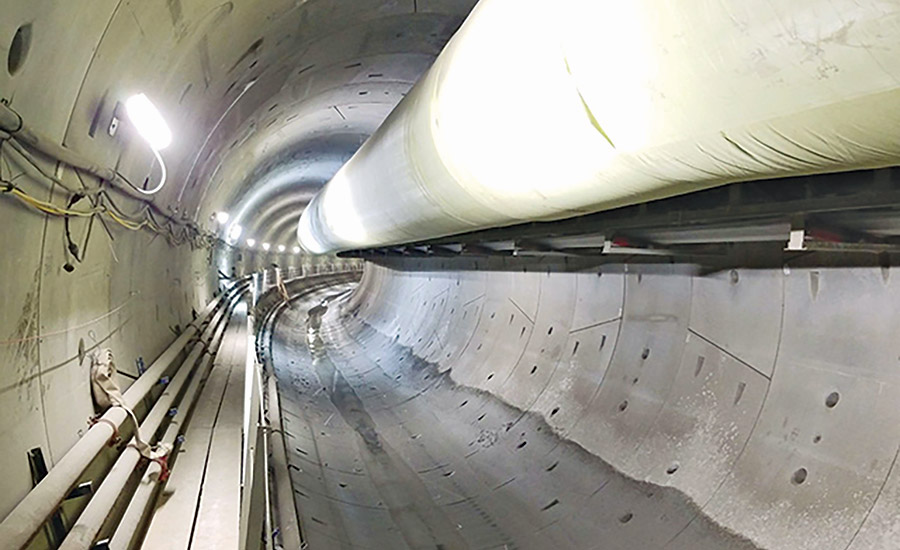 The Coxwell Bypass Tunnel, the first of three tunnels planned as part of Toronto’s plan to reduce combined sewer overflows, has reached 65% completion, and the tunnel-boring machine reached the halfway mark in May. Black & Veatch is providing engineering design and construction management on the 10.5-km, 6.3-m-dia tunnel. It is the first of three planned tunnels to reduce combined sewer overflows in Toronto. Other firms on the $397-million project include a joint-venture team of Jay Dee Canada, Michels Canada and C&M McNally Tunnel Constructors. The bypass tunnel project is expected to be completed sometime in 2024.

Mott MacDonald is providing program management, design, supervision and construction of a water pumping station and transmission pipelines as well as improvements to the distribution system for a new water treatment plant that will deliver drinking water to more than 4.5 million people in Dhaka, Bangladesh. The project will convey water from the Meghna River using a high-performance pumping system, which will feed twin pipelines more than 2 meters wide and more than 30 km long. Large pipes will be installed underneath densely populated urban areas. Other members of the joint venture team include Sweco and Artelia. The Dhaka Water and Sewerage Authority announced the project award in October.

In July, Thames Water awarded a joint venture team a $145-million contract to relocate one of its existing wastewater treatment plants to a different site—a former landfill. The plant is being moved to make room for a new development planned along the Wey River. Arcadis, part of the joint-venture team of BAM Nuttal-Doosan, will provide design services related to the geotechnical, structural and civil aspects of the project. The landfill contains both industrial and household waste and lies adjacent to a nature reserve and a floodplain. The Arcadis design will incorporate use of piling and ground improvement methods to reduce differential settlement across the new site.

New WIFIA Round to Support $12 Billion in Water Projects