This website requires certain cookies to work and uses other cookies to help you have the best experience. By visiting this website, certain cookies have already been set, which you may delete and block. By closing this message or continuing to use our site, you agree to the use of cookies. Visit our updated privacy and cookie policy to learn more.
Home » Lake Okeechobee Operating Shifts Set to Boost Everglades Flow
Southeast Construction NewsWater & DamsEnvironmentGovernment
Water

The U.S. Army Corps of Engineers is changing the way it manages Lake Okeechobee to address several water-related issues in central and south Florida, including problematic algae blooms that have recurred in recent years.

The Lake Okeechobee System Operating Manual (LOSOM) will replace the Lake Okeechobee Regulation Schedule in place since 2008, Col. James Booth, commander of the Corps Jacksonville District, announced on Nov. 16. The new plan calls for more water to move from the lake to the Everglades.

LOSOM is expected to go into effect after the completion likely next year of the $1.8-billion rehabilitation of the Herbert Hoover Dike, which surrounds the lake.

The new plan, now gong through environmental reviews. would eliminate lake water releases under normal conditions to the St. Lucie and Caloosahatchee rivers, where harmful algae blooms have been linked to water polluted with agricultural runoff.

Instead, the Corps will increase flows south to the central Everglades to an average of 200,000 acre-ft per year, Booth said. That will mean an increase of 175%, or 27 billion gallons, in dry season flow from Lake Okeechobee to the Everglades, according to The Everglades Foundation, a group working to protect and restore the wetlands region.

Foundation CEO Eric Eikenberg said in a statement that LOSOM more fairly distributes the benefits of lake water without requiring any new infrastructure.

“While the long-term solution to South Florida’s complex water problems and the full elimination of discharges from the lake will only happen with new water infrastructure such as the Everglades reservoir, this is a significant step toward a more balanced approach to managing the lake water that Floridians and our state rely on,” he said. 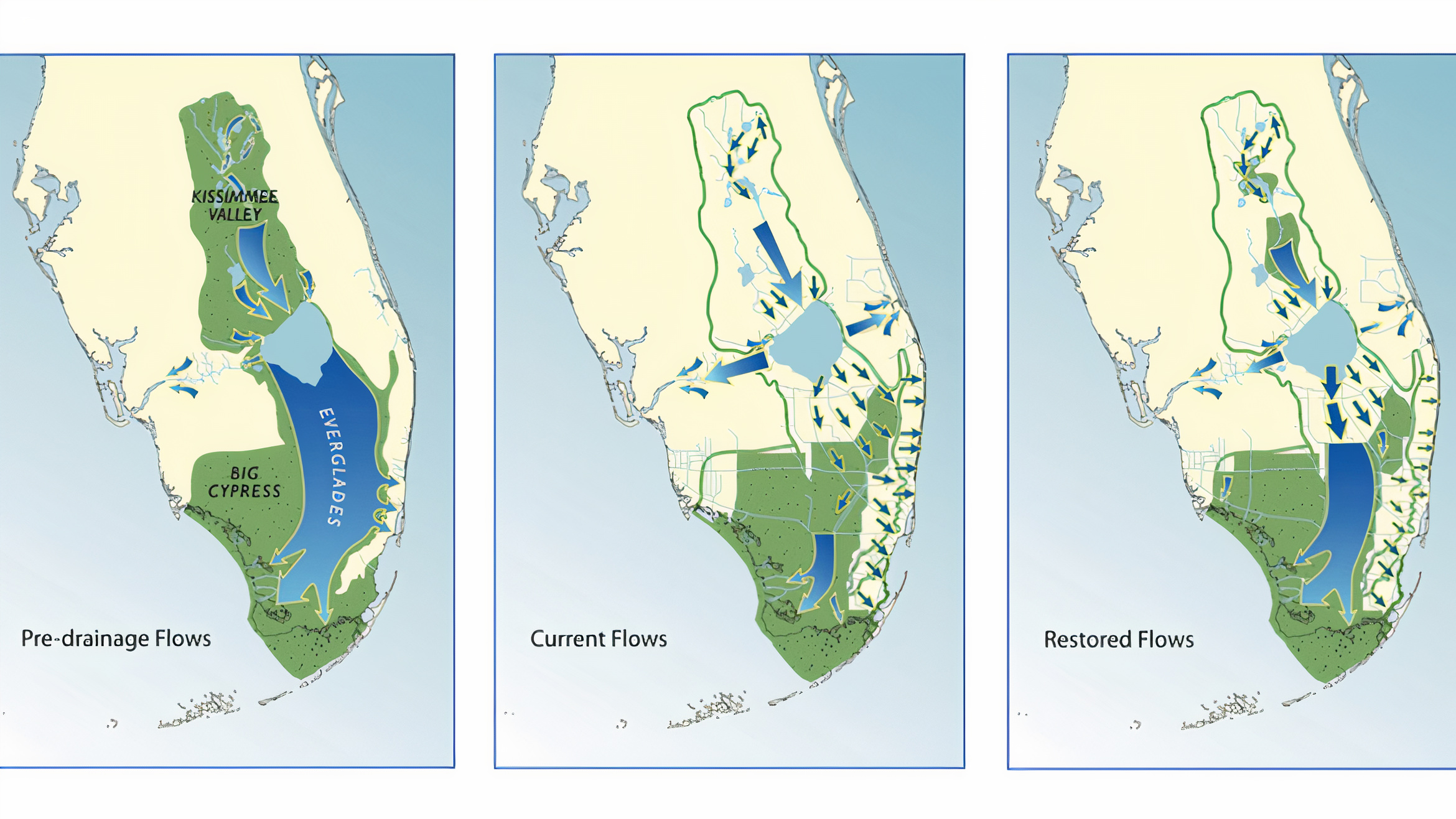 Rep. Brian Mast (R-Fla.) said in a statement that the lack of new infrastructure means that “unacceptable volumes of toxic water” may still be released into the St. Lucie and Caloosahatchee rivers.

“We need to build more water infrastructure in south Florida, but we also need more equitable operations to match it,” Mast said.

While LOSOM does not include any new infrastructure plans, it is designed to be compatible with two other projects currently underway: construction of the  Caloosahatchee River West Basin Storage Reservoir, which the Corps says will improve the quality and timing of water flows into the river and estuary from Lake Okeechobee, and another reservoir being built on the C-44 canal, which is used to divert water from the lake to the St. Lucie Estuary.

LOSOM will also provide a better water supply for the lake and Lowe East Coast service areas, as well as to the Seminole Tribe of Florida, and also is designed to continue ensuring the safety of people who rely on the Herbert Hoover Dike for flood protection and to prevent lake levels from becoming too low, Booth says..

Fla. Governor Is Set to OK $1.5-B Everglades Reservoir