Another Jobsite Hazard Lurks: Bullying and Intimidation in Construction

In the nascent stages of the COVID-19 pandemic, construction contractors counted on their field crews to become virologists virtually overnight to keep jobsites open and follow CDC guidelines. But with time and money at stake—even the market’s slowest adopters have learned to tap into their inner Dr. Fauci.

The unifying message at most firms—at least, in a general sense—has been “we’re all in this together.”

But if you are one of the estimated thousands of construction workers who suffer jobsite bullying and intimidation daily because of skin color, gender, ethnicity or sexual preference, the irony of such a call to action isn’t lost. And it begs the question: If companies can change overnight to stamp out the coronavirus, why can’t they do the same for racism and other forms of bias? 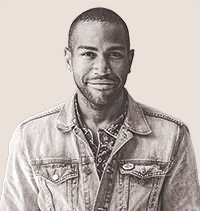 How to build a diverse workforce has been the million-dollar question in construction for years—even more pressing now with workers retiring or resigning due to COVID-19 vaccination requirements, the hunt for greener pastures or other reasons.

Recent bias incident headlines indicate that the better question might be how can employers retain diversity they already have or build it to a new level?

For at least four years, a group of Hispanic women employed by Focus Cos. Group of Nevada (which includes Focus Plumbing, Focus Electric, Focus Concrete, among other companies) reportedly were subjected to unwanted groping, grabbing, threats of violence and other forms of harassment, as detailed in a lawsuit filed by the U.S. Equal Employment Opportunity Commission (EEOC) in September. As immigrant workers with limited English comprehension, the women represented a vulnerable and growing class of workers who often are not aware of their rights as employees, the EEOC said.

In another EEOC lawsuit filed last month, a group of Black laborers claim contractor Whiting-Turner created a racially hostile and retaliatory work environment as general contractor on a Google data center project in Clarksville, Tenn. Those in charge on the jobsite reportedly did not call the workers by their names, but by “boy,” “you,” and “m----f-----” according to the suit. Racially offensive graffiti covered jobsite portable bathrooms, and two employees received walking papers after taking their complaints to management.

In many cases, EEOC lawsuits attempt to force-feed companies in how to implement diversity and inclusion policies to protect employees from discrimination and harassment. Pre-litigation settlements in the form of anti-discrimination policies, training or compensation for lost or underpaid wages can stop complaints before they reach the courts.

But for some companies, reaching these sorts of pacts might be seen as an admission of culpability. In Whiting-Turner’s case, EEOC says no such settlement was reached.

Then there are cases like one recently resolved against Hathaway Dinwiddie Construction Co. In an EEOC lawsuit filed last year, Black and Latino workers alleged they were subjected to racially offensive language and graffiti on the contractor’s $700-million University of Southern California building project. In May, the firm agreed to pay the workers a $725,000 settlement but said, in a statement to ENR, that it “affirmatively denies” all allegations of harassment or any violation of federal anti-harassment laws. For workers who genuinely feel there is a cultural disconnect on construction jobsites that money can’t fix, settlements and denials can be an anticlimactic finish that erodes the chances of real change.

The inaugural Construction Inclusion Week effort launched by several major contractors last month attempts to give industry firms a blueprint to use to comprehend and codify ways they can support diversity, equity and inclusion on jobsites.

Participating firms have access to materials to help foster a healthy jobsite culture and participate in toolbox talks. Organizers believe that simply the act of participation can send a strong message that bullying and intimidation won’t be tolerated.

To the organizing group’s credit, several participating contractors have proved they will walk the walk.

Turner Construction last year suspended work on a $1.7-billion Facebook data center project and required all staff to gain anti-bias training when racist graffiti was found—the second time the firm took such steps on a project.

Stopping work is nearly always a costly decision for the contractor, and for the owner. Yet if bullying, intimidation and bias are handled with the same catch-and-contain mentality as other jobsite safety hazards, construction has a chance to stem the tide.

A National Institute of Building Sciences study released this summer found that 72% of Black respondents and 66% of women respondents said they have experienced discrimination or prejudice while at work. Respondents in other non-Caucasian groups also indicated encountering similar attitudes. Those are scary statistics for an industry with a workforce shortage that needs to drastically enhance its image to future recruits, just as it strives to take up a monumental infrastructure construction and economy recovery challenge.

Like COVID-19, bullying may never fully be extinguished in our lifetime.

But construction sector companies have the power to keep it from interfering in how they build and maintain the kind of workplace culture that is critical to the success of projects and owners, the career growth of all participants and the survival of the industry.