This website requires certain cookies to work and uses other cookies to help you have the best experience. By visiting this website, certain cookies have already been set, which you may delete and block. By closing this message or continuing to use our site, you agree to the use of cookies. Visit our updated privacy and cookie policy to learn more.
Home » US Navy Awards IDIQ Contracts to Five Companies for $8B in Shipyard Modernization
Northwest Construction NewsCompaniesGovernment
Military Projects

The U.S. Navy has awarded indefinite delivery/indefinite quantity contracts worth up to $8 billion combined over eight years to five companies for construction projects at shipyards in Hawaii and Washington state.

The companies will compete for task orders related primarily to preconstruction work at Pearl Harbor Naval Shipyard and Intermediate Maintenance Facility in Hawaii and Puget Sound Naval Shipyard and IMF in Washington state, as well as other services related to the Navy’s $21- billion program to upgrade its shipyards' infrastructure, says NAVFAC.

The contract terms are for up to eight years or total cumulative value of $8 billion, whichever is reached first.

Rear Adm. John Korka, NAVFAC commander, said in a statement that the contracts will help the Navy begin design and renovation work at the shipyards after regulatory processes are complete. 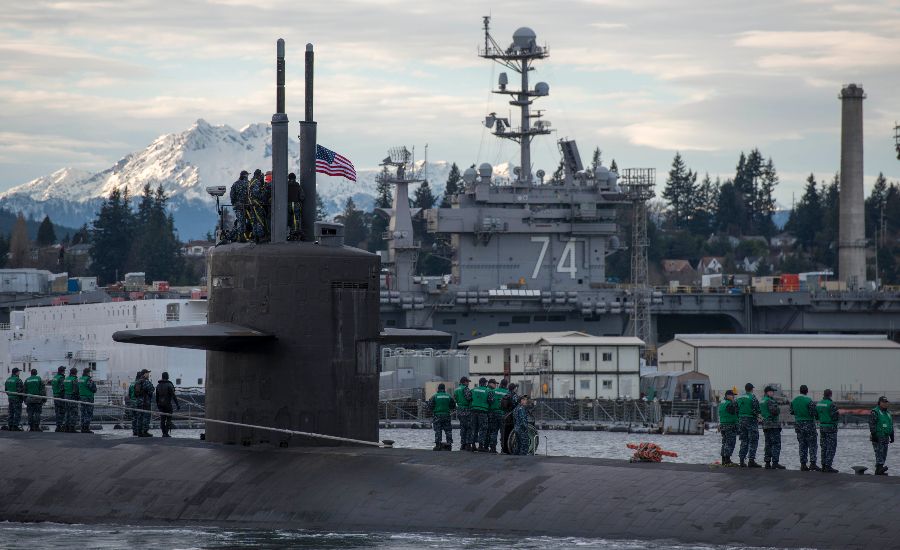 The Shipyard Infrastructure Optimization Program (is a 20-year, $21-billion effort to modernize the infrastructure at the Pearl Harbor, Puget Sound, Norfolk, Va., and Portsmouth, Maine, naval shipyards, facilities that date to the 19th and 20th centuries. The projects will include dry dock repairs, restoring shipyard facilities, replacing aging equipment and related work.

“The Navy depends on our shipyards returning combat-ready ships and submarines to the fleet,” Korka said in a statement, adding that the modernization program “guides the Navy’s investment plan to achieve that. It’s a once-in-a-century effort."

As ENR previously reported, NAVFAC awarded a $1.7-billion contract in August to 381 Constructors of Omaha to enlarge and reconfigure the Portsmouth, N.H., shipyard dry dock for submarines and a $63-million contract to Plaistow, N.H.-based Methuen Construction in September for improvements to a second dry dock at the facility.

In September, NAVFAC awarded a $21-million contract to Jabez-Absher-1, an Orting, Wash., JV for seismic repairs and safety improvements to a Puget Sound shipyard building dating to 1934.