A planned $350 million project in Nashville at the site of a downtown YMCA will be the city’s new tallest building.

The YMCA of Middle Tennessee announced on Oct. 4 its plan to redevelop its 0.9-acre Church Street property as a 60-story, 750-ft-tall residential tower, plus a pair of YMCA buildings totaling 100,000 sq ft.

Under the terms of a partnership agreement, Giarratana Development will purchase a section of the south side of the property to build the tower. The YMCA will demolish the oldest section of its current building at the site and rebuild a portion of it to connect to the newer section that was built in 2008.

General contractor AECOM Hunt is set to start on both pieces of the project in early 2023, with the new YMCA structure expected to be completed in June 2024. Tower construction is scheduled to be complete by January 2026, says Beth Courtney, a spokesperson for the project. 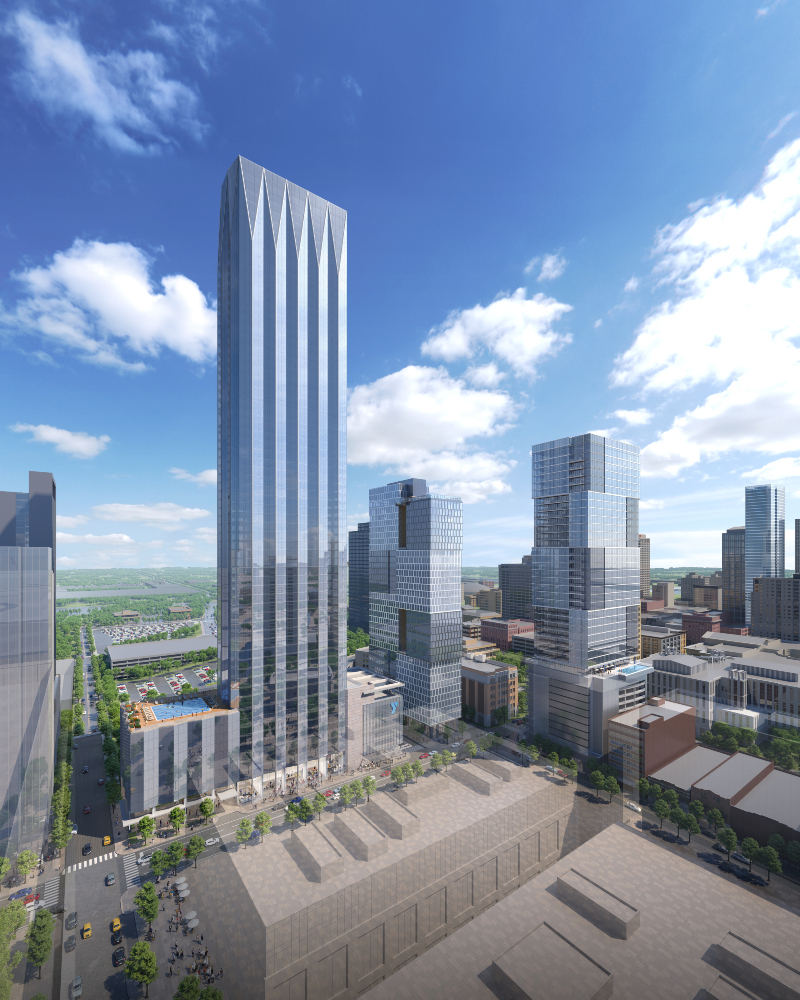 The area around the YMCA property is in the midst of major redevelopment, with the 17-acre Nashville Yards project sitting just across the street. Amazon and tech insurer Asurion are building new offices nearby. Additional Giarratana residential towers are in the works a short way down Church Street.

“Within the next five-to-seven years, the residential developments around the Y will bring upwards of 20,000 new people living in walking distance to the facility,” Morgan Stengel, VP of development at Giarratana, said in a statement.

The YMCA says it picked Giarratana’s proposal for the site to “leverage the value of an underutilized portion” of the property.

It plans to keep the 2008 portion of its building open during construction. Chris Tointon, president and CEO of the YMCA of Middle Tennessee, said in a statement that the development will help the Y better meet the needs of the growing community.

“The redevelopment of the Y campus is truly a unique, private-non-profit partnership that will allow our YMCA to significantly elevate our many offerings and leverage the value of an underutilized portion of our property,” he said.