When news came of the collapse of the Champlain Towers residential high-rise in Surfside, Fla.,  (see p. 8-11) Pouria Ghods thought back to another fatal collapse, almost exactly nine years earlier at the Algo Centre Mall in Elliot Lake, Ontario. In that case, Ghods’ company, Ottawa-based Giatec Scientific, had provided non-destructive testing equipment during the investigation that helped determine corrosion was to blame for a collapse of the roof and parking deck, killing two people.

“We used our technology, iCor, to detect there and find the right cause,” recalls Ghods, whose company had been contracted by structural engineer NORR to help with the mall collapse investigation. The iCor system is able to detect electromagnetically the corrosion rates, corrosion potential and in-situ electrical resistivity in reinforced concrete. iCor’s non-destructive testing doesn’t require drilling to expose the rebar, a major time saver on site.

Ghods says his company’s way of testing concrete for rebar corrosion and other defects is just one of many approaches on the market for non-destructive testing.  “The technologies are available: people can use them to be more proactive and get the condition of things like condo high-rises and bridges,” he says. “They need to be used more as predictive tools, to plan for repairs and extend the life of these structures. There are a lot of relatively inexpensive solutions out there.” 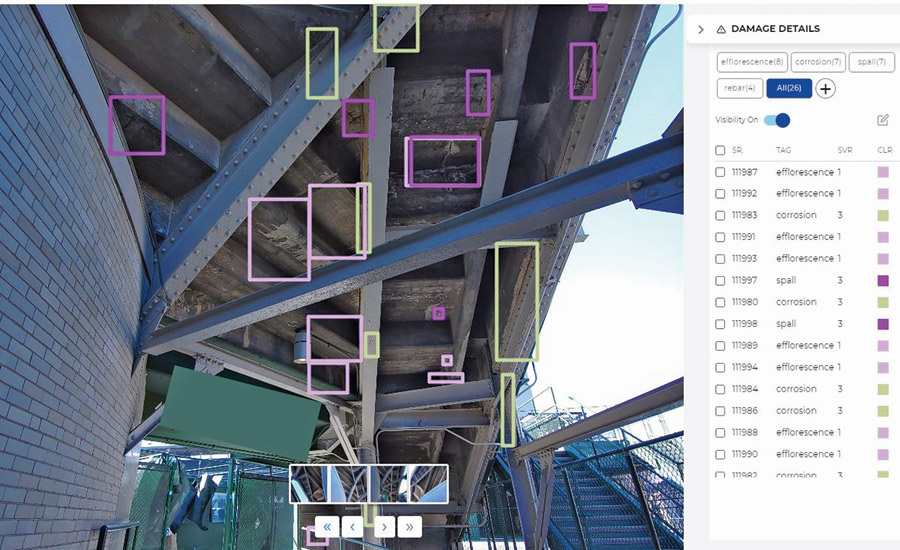 T2D2’s algorithm spots damage in many types of facades and surfaces automatically.
Image courtesy of T2D2

The root cause of the Florida collapse is still under investigation, but worries about other buildings with unknown structural issues have owners and operators scrambling to contact firms like Giatec in recent weeks, seeking reassurance of their safety. But the uptick in interest is minor compared to the relatively lax inspection regimes found across North America, says Ghods.

“Usually there’s a two-year panic timeframe after an event like this and then everything dies down again,” says Ghods. “This is problematic. We are very reactive in these situations, but the reality is that we are not doing fundamental things.” He’d like to see governments take more aggressive stands on mandating regular inspections of older buildings and infrastructure, in both the U.S. and Canada. “Too many owners just see it as a cost, always looking at their short-term ROI. They don’t care about long-term health of their buildings or infrastructure.” 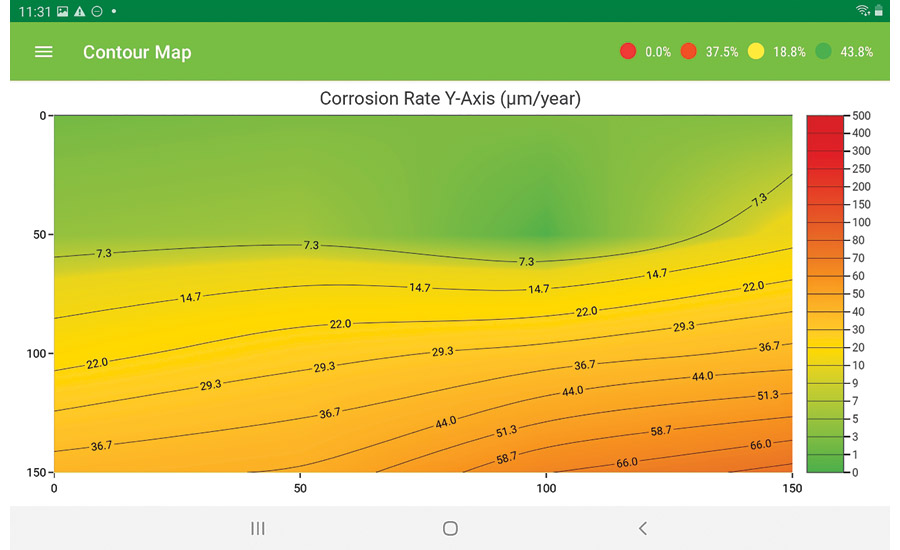 One hurdle to more frequent inspections is the labor and expertise required. Moving toward some automation of preliminary inspections is a goal of T2D2, a startup spun off from structural engineer Thornton Tomasetti in 2020. It uses A.I.-driven algorithms to automatically analyze photo and video of the facades of buildings for visible deterioration or damage. T2D2 can use its machine learning to tag those cracks, spalls and rust for closer inspection by an onsite engineer.

Combined with drone flights, this can lead to cheaper, more frequent facade inspections, says T2D2 founder Badri Hiriyur. “The benefits of identifying problems early on and fixing them is being more widely understood,” he says. “These technologies allow us to do it at a much more frequent scale.”

The T2D2 system can detect damage on masonry, concrete, granite and high-rise stucco facades. Recently, the algorithm has been trained to spot problems in glass curtain wall too. Hiriyur adds that they are working on training the algorithm to use thermographic heat images as well, possibly unearthing deeper problems within structures.