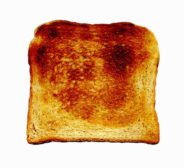 Burnout? Tell Us If Construction's Culture of Self-Sacrifice Is Killing You

Richard Korman
52 Comments
Burnout? Tell Us If Construction's Culture of Self-Sacrifice Is Killing You
Read More

Companies Want To Save Cash By Reducing Collateral Costs

Richard Korman
No Comments
The financially intimate relationship between contractors and insurers is more complicated this year, with contractors looking for relief from carriers on collateral or retained funds to cover deductibles for claims under workers’ compensation and liability policies. Photo: Richard Korman / ENR Liberty Mutual’s Conroy says there have been many conversations about credit. Those issues were among the thornier ones mentioned by carriers, brokers and contractors at the International Risk Management Institute’s construction conference held Nov. 2-5 in Oxon Hill, Md. With ample capacity for builders risk, general liability and workers’ compensation and with pricing generally soft, no one was concerned
Read More

Richard Korman
No Comments
Before You Can Say, “Let there be light,”  you first have to say, “Let there be concrete and steel.” At least that is the way the process works with some of the scientific research at the Brookhaven National Laboratory in Upton, N.Y., where $150 million of stimulus funding is speeding up parts of a big new research laboratory. Upton, N.Y. Photo: Brookhaven National Laboratory Ring-shaped Lab in Upton, N.Y., used stimulus money to speed contractors held back by annual funding cycles, and parts, but not all, of the project have been moved up for earlier completion. Related Links: NJ: New
Read More

Richard Korman
No Comments
Jacobs Engineering Group Inc. failed to convince a Minnesota state judge to throw out the claims against the company related to the collapse of the Interstate-35W bridge in Minneapolis two years ago. The company had argued that it didn’t owe Minnesota any of the $37 million the state paid out to victims because the design work performed on the bridge was done more than 40 years earlier. A state court judge in Hennepin County on Aug. 28 ruled that the state’s lawsuit against Jacobs, one of several engineers and contractors targeted, could continue. As the bridge’s principal designer, Jacobs is
Read More

Richard Korman Debra K. Rubin
No Comments
A 32-year veteran of Parsons Brinckerhoff Inc., one of the industry�s oldest and most prestigious firms, Hawksworth was named CEO in January, 2008, succeeding Thomas J. O�Neill. ENR business editors Debra K. Rubin and Richard Korman sat down recently with Hawksworth in PB�s Manhattan headquarters and talked about how the engineer and program manager is reorganizing and restrategizing. Among the topics covered: a recent merger deal PB seriously considered; the company�s push for improved marketing; the ramifications of the financial crisis and the legacy of the Big Dig. Keith J. Hawksworth Related Links: Video: Parsons Brinckerhoff’s Future O'Neill Sheds CEO
Read More

Richard Korman
No Comments
Faced with political opposition and inconsistent rules from state to state, partnerships that channel private investment into public works have lagged badly in the U.S. compared to Europe and Australia. A new survey report suggests that public officials that have experience in building via public-private partnerships consider the method an important and useful development tool, but that there is a long way to go in gaining broader acceptance. Photo: Missouri DOT Can PPPs fund special truck lanes, such as the ones shown in this experiment in Missiouri? Related Links: Experienced Officials Support PPPs McGraw-Hill Construction’s PPP SmartMarket Report Released at
Read More

Tony Illia Richard Korman
No Comments
Stop mixing messages. That is what a team of safety researchers urged Perini Building Co. to do during worker orientations last fall following an assessment of the CityCenter project and another Perini project nearby. The mixed-message advice was one of the most interesting aspects of the assessment. Although Perini seemed on the surface to have the best safety communication practices, the assessment team claimed that the message was compromised. Photo: Tony Illia Bilingual instruction at CityCenter’s safety orientation lasted only 15 minutes. Related Links: Las Vegas CityCenter Project: Inside a Safety Turnaround Perini’s direct messages seemed to reflect an enlightened
Read More

Richard Korman
No Comments
To Todd Harris, trouble at his local bank is a sign of thin times for his building contracting company, J.C. Harris & Sons, which is based in Elgin, Ill., not far from Chicago. Harris keeps an account at Amcore Bank, a mid-sized regional bank, and has even built its branch buildings. But like banks around the world, Amcore reported a loss for 2008: $97.5 million. William McManaman, Amcore’s CEO, told investors that in the last quarter of 2008, builders and developers accounted for the majority of the bank’s new bad loans. So for now, Amcore, like other banks, is about
Read More
Previous 1 2 … 40 41 42 43 44 45 46 47 48 Next
Subscription Center
More Videos