By ruling out winter work on one of two late-running bridge projects in Edmonton, the delay becomes longer. 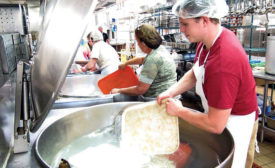 The Facts Behind the Fear of Legionnaires' Disease

A trend in public health that had been building quietly for years finally burst into the news in July. First, more than 100 people sickened and 12 died in July and August in the Bronx in New York City. 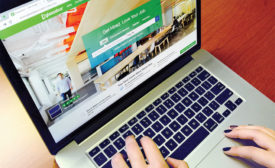 When the Online Posts Turn Critical

Posting on a prominent job-review website, an employee of one of the world’s top engineering and construction- management firms lauded it as a “good company” with “great benefits.” 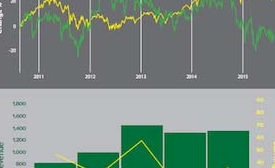 Canadian Election Could Give Bird Construction a Lift

The election of Justin Trudeau as Canada’s prime minister should crack open new opportunities for Bird Construction, with the contractor working to diversify its portfolio of projects amid lowered demand in the profitable industrial and oil and gas sectors. 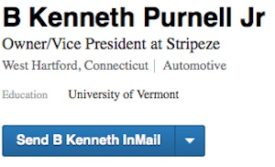 Bridge inspector Barry Kenneth Purnell Jr. has not been shy about advertising his qualifications on LinkedIn, where he claims to be a licensed professional civil engineer with wide experience in project management and contract acquisition.

Richard Korman Scott Van Voorhis
No Comments
Jay Senter for ENR The site of a planned development in Kansas for which an engineering firm claims it is owed a large payment. Related Links: Fluor's Paul Bruno: How We Approach Risk Management By most standards, developer Cameron Group LLC appears to be an excellent prospect as a client: It has an impressive portfolio of malls, and its principals have gleaming résumés, many acquired while working at The Pyramid Cos., a Syracuse, N.Y.-based developer.So, when Cameron needed mechanical and electrical drawings for a long-delayed new retail development that the firm hoped would transform a weedy parcel in Mission, Kan.,
Read More

Richard Korman Erin Richey Scott Van Voorhis
No Comments
Union dominance of state-funded public works faces its most serious challenge in decades, with Republican governors and lawmakers campaigning to topple or pare long-standing prevailing wage laws.The Midwest is a particular hot spot, as it has been in the past, but the wage contests are playing out from Nevada to New York, where Democrats also are divided.In New York City, a program that provides financial benefits to affordable housing is the heart of an apparent disagreement between Mayor Bill DeBlasio and Governor Andrew Cuomo, both Democrats. DeBlasio wants to exempt such housing from prevailing wages while Cuomo seems not to.In
Read More

Richard Korman Scott Van Voorhis
No Comments
Related Links: Edmonton Bridge Contractors Straighten Buckled Girders Until March 16, everything was coming together very nicely on the new bridge at 102nd Avenue over Groat Road in Edmonton, Alberta. Two days earlier, the crew from fabricator and erector Supreme Steel had placed and bolted the first of seven central girder sections that would complete the span. Winds interrupted work for awhile, but by Sunday night crews resumed girder placement until six sections were up. Then, at about 2:15 a.m. on Monday, March 16, four of the girders buckled laterally, three deflecting several feet and leaving interior braces bent or
Read More
Previous 1 2 … 22 23 24 25 26 27 28 29 30 Next
Subscription Center
More Videos