In 1980, I may have been the first woman in the U.S. to take charge of building a skyscraper for an owner. And it was one of the most famous luxury residences in the world, the Trump Tower in New York City. 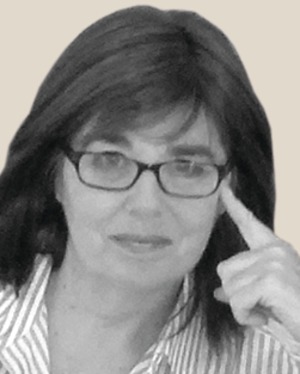 But before I had worked my way up in construction to executive vice president of the Trump Organization, I had to subject myself in the 1970s to harassment, humiliation and discrimination in the usual forms, such as magazine pinups of naked women, insults and outright prohibitions from going on-site.

What I experienced also involved language and still goes on today.

I studied electrical engineering and went to work at Zwicker Electric Co. in New York City in 1971. I was assigned to work for Al Silverman, who was assistant project manager on the Mount Sinai Hospital and School of Medicine Building.

I would lay out all the pipe for wire running through the floor slab. I loved it and was good at it.

Although Al was an important mentor, the other men there said there would never be a female electrician because a woman could not "hump," the slang for carrying pipe. They couldn't claim no woman could be an engineer because I was one, but they loved to use the word "hump" around me.

Well, brute strength never was that important to being an electrician, and the guys who end up humping pipe are best suited to the chore. But wiring control boxes with hundreds of terminations requires high dexterity with small hands—just what women do well.

Two days after Al took me to the hospital project jobsite for the first time, the vice president and general manager of the project general contractor, Diesel Construction Co., sent a directive to all the subcontractors that actually decreed women were not to be allowed on the construction site.

The letter said that womens' hairstyles were not conducive to wearing hardhats and that their footwear, skirts and dresses were inappropriate and dangerous. (Remember, in 1971, women were not allowed to wear pants to most jobs.)

Of course, the directive was unadulterated bull.

My hair was long and flat, I didn't have a hairdo, my hardhat fit perfectly, and my shoes were more appropriate than the Oxfords and loafers the big shots wore when they walked the jobsites in their fancy suits.

And no woman in her right mind wears a skirt to a jobsite.


Keeping Women in Their Place

The directive was about keeping women in their place—just like the rules requiring skirts, based on some genius' idea that women in the field might distract the men or make them feel self-conscious about peeing on columns.

Anyway, I was officially banned.

Later, I went to work at a big electrical contractor, Fischbach & Moore, and the harassment took a different form.

The "expert estimator" I had to work with was a wirey old Navy veteran. When the boss wasn't around and we weren't busy, he would hold court with all the guys in the department gathered around to hear his business war stories.

Out of nowhere, he would just attack me. Why did you study engineering? Why are you working in contracting? Why do you want to be a man? What's wrong with you? You are a freak.

And no one would defend me. I went home and cried and started hating myself.

After running some of the biggest building projects in the country, I had a major epiphany in 1991, during the confirmation hearings of Supreme Court Justice Clarence Thomas. He was accused of harassment by Anita Hill.

I was 42, and the hearings brought back the repressed memories of what harassment had done to me.

One change had to do with cursing. When I was growing up, using the word "damn" got you soap in the mouth. And when I first experienced sexual intimidation on jobsites, I took up cursing and became known for swearing with the best of them.

Of course, one of the objections to me when I started working in the field was that it hampered the guys from talking freely and cursing.

I chose to go with the flow, adapt my language and eliminate an objection. I got criticized for having a potty mouth, but by swearing I had given up part of my identity to fit in with the boys.

I'd let the harassment punish and harden me for the crime of being a woman. Maybe that's one reason why women still are essentially missing in construction. ﻿

Managing the Construction Manager In a Cost-Plus Contract

Barbara A. Res' memoir, "All Alone on the 68th Floor," was published in September. A project manager, engineer, lawyer and claims consultant, she can be reached at 201-768-4184.

Managing the Construction Manager In a Cost-Plus Contract

If A/E/C Professionals Thought Of All the Risks Before Getting Out of Bed, We'd Still Live in Caves