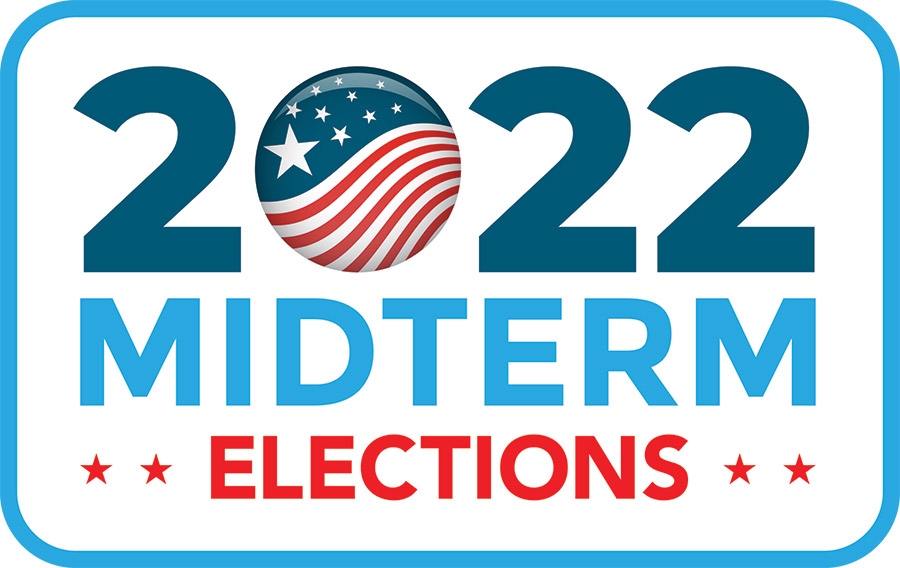 The Nov. 8 midterm elections are set to have a significant effect on the construction industry—with Republican capture of the House and Democrats’ retaining hold of the Senate producing a divided 118th Congress when it convenes in January for a 2023 agenda that still is unclear.

That split control and slim party majorities could be a prescription for legislative gridlock, but industry officials are hopeful that upcoming infrastructure bills will find enough bipartisan support for approval.

The dust also has settled on state races, with attention focused on how changed or sustained leadership will affect infrastructure investment plans.

Beyond Capitol Hill and statehouses, the 2022 midterms saw voters say yes to most construction-related bonds and other ballot initiatives. S&P Global Intelligence reported that $57 billion out of $63 billion in ballot funding measures passed, the most in a decade, with Texas alone approving $35 billion.

With Republican control of the House finally decided, newly elected Speaker Kevin McCarthy (R-Calif.), said on Nov. 15 that “the era of one-party Democrat [sic] rule in Washington is over. Washington now has a check and balance.”

Still, the GOP’s House majority of at most about a half-dozen seats, “is going to make it even more difficult for the new speaker … to do anything major,” says Steve Hall, American Council of Engineering Cos. senior vice president for advocacy.

Further complicating McCarthy’s task is the lack of total unity among the House Republican conference. Any Republican-backed House bills could well die in the Senate, where Democrats will still have a majority, although their edge will be no more than 51-49—depending on the outcome of the Dec. 6 runoff in Georgia.

Hall expects the Republican-controlled House to have “positioning votes” over the next couple of years, with an eye to the 2024 presidential race. He adds that the congressional agenda will “quickly become all about 2024.”

Nevertheless, there are must-pass items on the infrastructure front facing the new Congress. As always, annual appropriations, this time for fiscal 2024, will be important, but appropriators must first finish work on fiscal 2023 spending measures in the current lame-duck session.

Another key construction measure on tap for the 118th Congress is a multiyear Federal Aviation Administration reauthorization. The current FAA measure expires on Sept. 30, 2023. Industry trade groups will pay close attention to the bill’s provisions that deal with FAA Airport Improvement Program construction grants to see whether Congress will support an increase in passenger facility charges. The fees have not been raised since 2000.

Hearings and discussions could take place on a new water resources development act, or WRDA, but a vote is not likely until 2024. “I think those [bills] still have a chance,” Hall says. “I think lawmakers on both sides will … hopefully go back to their bipartisan DNA when it comes to infrastructure and move those initiatives.”

In September, McCarthy released a “Commitment to America” outlining Republican priorities if the party won the House majority. Oversight is a prime item in the document. It did not mention any infrastructure oversight topics but observers speculate that it would not be surprising if the House Transportation and Infrastructure Committee, under likely new chairman Sam Graves (R-Mo.), held hearings on how the 2021 Infrastructure Investment and Jobs Act is being implemented.

Similarly, Republicans are expected to criticize spending components of the just-enacted Inflation Reduction Act, but will not reverse it, with many manufacturing and clean energy construction projects in red states set to benefit local economies and workforces.

In Maryland, outgoing Republican Gov. Larry Hogan’s signature $9-billion plan to add tolled express lanes to portions of the Capital Beltway and I-270 outside Washington, D.C., could face new obstacles with election of Democrat Wes Moore as his successor. A former investment banker, he has called the public-private partnership procurement process “deeply flawed,” as well as lacking in transparency and collaboration with the local community.

Maryland’s transportation agency said Nov. 17 it would delay seeking approval for the project contract by a state board until mid-January when its new members, which will include Moore, are in place. It said the delay was needed due to slower-than-expected federal approval of the toll lanes plan. A transit proponent, Moore has also expressed a commitment to revive Baltimore’s estimated $1.6-billion Red Line light-rail project, which Hogan canceled in 2015.

Massachusetts Democrat Maura Healey, nnother attorney general moving to the governor’s mansion, has called for a state climate plan that reaches 100% clean power by 2030. She has also promised to address long-standing issues with state transportation systems by conducting a full safety audit of roads and bridges and augmenting current federal probes of Massachusetts Bay Transportation Authority rail and bus operations.

California Gov. Gavin Newsom (D) easily beat his Republican opponent, winning 57.2% of the vote, and despite his aggressive climate-change mitigation push, was seen as key in defeat of Prop. 30—which would have levied a 1.75% state income tax surcharge on annual income of over $2 billion to raise up to $3 billion a year for transportation electrification and wildfire risk reduction.

Despite support by environmental groups and state Democrats, Newsom opposed the measure as “a special-interest carveout” engineered by transport services firm Lyft to gain funds to electrify its fleet.

Voters around the country approved 88% of 380 state and local transportation funding measures on the ballots, producing an estimated $19.6 billion in one-time and recurring revenue for infrastructure projects, says the American Road & Transportation Builders Association.

New York voters also approved, by a wide margin, a $4.2-billion statewide bond measure that would fund key environmental infrastructure projects—includung $1.5 billion to mitigate climate change impacts; at least $1.1 billion for restoration and flood-risk reduction; up to $650 million for land conservation and recreation; and at least $650 million directed to water quality and infrastructure resilience projects.

A large coalition that included environmental groups and labor unions backed the initiative.

Voters in Illinois, which is not a right-to-work state, endorsed a ballot measure to amend the state’s constitution to codify the right of workers to organize and bargain collectively. The amendment would prohibit any law from being passed in the state that would interfere with those rights. “It will promote higher wages and benefits for workers by protecting organizing rights and collective bargaining rights,” said Ed Maher, an International Union of Operating Engineers Local 150 spokesperson in Chicago.