India’s aviation business has rebounded to pre-pandemic levels, with startup airlines and new routes on the way. The government has an ambitious goal of developing 220 new airports by 2025.

India will have some 1,200 aircraft and 400 million passengers by 2027, according to Jyotiraditya Scindia, minister for civil aviation. In a market set for rapid expansion, the country is using government funds and public-private partnerships for large greenfield airports. Eight of 21 greenfield airports are already operating.

The Airports Authority of India and private airport operators are investing $11 billion through 2025, according to V. K. Singh, junior minister of civil aviation. Development plans are also underway for small, underserved and remote airports as the subsidized Regional Connectivity Scheme expands. With 400 regional routes, another 600 are planned to connect to 156 airports.

“Once we reach 80% of capacity, our past experience with Bangalore airport has taught us to start viewing expansion,” says Christoph Schnellmann, CEO of Yamuna International Airport Pvt Ltd., a subsidiary of Swiss developer Zurich Airport International that is developing the airport.

Tata Projects was appointed in June to undertake the engineering, procurement, and construction of Noida International Airport. Bechtel will support construction. Runway construction is underway.

A greenfield airport in Goa is on course to open by the end of the year, and a site has been selected for a second airport at Chennai. Navi Mumbai International Airport, delayed for decades, is also moving forward. City and Industrial Development Corp. has reportedly acquired the 1,160-hectare site. Adani Enterprises is the concessionaire.

Airport experts are confident in India aviation’s rebound. “We saw many greenfield airports like NIA and Navi Mumbai get distracted and [they are] now making headway,” says Said Mneimne, senior vice president of Hill International. He adds that the government’s agenda for airports is “aggressive."

As for Hill’s opportunities to enter the Indian airport market, “We will keep a watch on how PPP investments are moving ahead, he adds. "We are identifying strong local consultants that have insight into construction management.”

Building so many airports in a developing country comes with challenges. The average number of EPC contractors that can take on major projects remains low, notes Mneimne. While materials and construction equipment are available, the labor force needs training, he says. 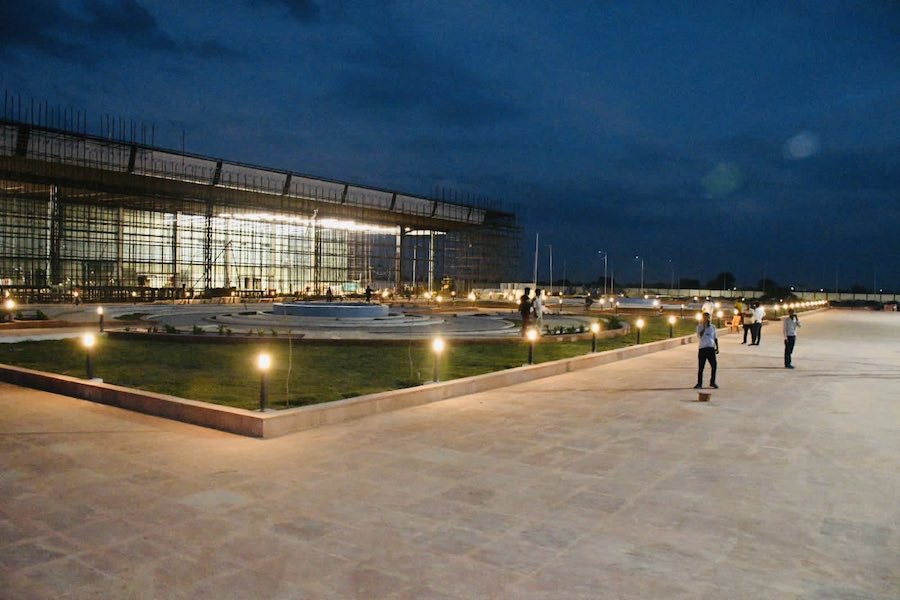 India's airports are fast heeding the call by Airports Council International for net-zero carbon emissions by 2050. At Noida International Airport Ltd, programs such as a green infrastructure development, adoption of less emission-intensive technologies, a renewable energy program, electric vehicles and airport carbon accreditation are being adopted.

Implementation of clean practices throughout the project cycle during preconstruction, construction and operational stages is planned. At Noida, a sewage treatment plant with a capacity of 12 million liters per day will treat wastewater that will be used for landscaping and flushing toilets.

“Zero emissions don't exist for airlines [at present],” says Schnellmann. “We have a fuel farm that will accommodate sustainable aviation fuel, and movements will be managed via a digital command and control center.”

Global technology firm ICAD Holdings has been chosen as the master systems integrator to develop software layers responsible for integration, aggregation and communication of the building systems and to “ensure all systems communicate properly,” he says.

Noida is the 45th airport project ICAD has undertaken, “opening our window of opportunity to offer our expertise and services to the East,'' says Ghassan Sayegh, its CEO.