Engineering While Female: How I Cope With Sexism

A woman engineer’s responsibility is exactly the same as a man’s: to be technically proficient, quality focused and ethics-minded. But a woman has the additional burden of dealing with frequent insinuations that we just don’t belong.

Sometimes it takes the form of microaggressions, such as a shared computer screen with a bikinied woman as the wallpaper image. More often the microaggresion is expressed through language, such as men referring to women as “gals.” Neither example belongs in a professional setting.

While political correctness can go too far—a “manhole” is not a “person-hole” and a “middleman” is not a “middleperson”—it’s important for men to listen and be aware of gendered language. Men should try to phrase substitutions that will advance equality: one-person job instead of a one-man job; assistants back in the office vs ladies back in the office. Overly dramatic vs. drama queen. 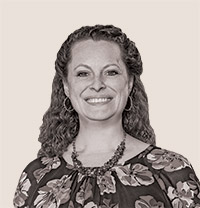 Some gendered phrases, ones that would never be made to a man, imply inequality. “You look tired.” “Why aren’t you smiling?” “Who takes care of your kids when you travel?” “It’s so nice to see a woman here.” You may already know what to say, but my advice to men is to never ask a woman if she is pregnant, never assume a woman is not a professional and never tell a woman that her role in a meeting is to sit there and look pretty.

For me, the differences in treatment started in high school, in two shop classes where I was the only female. In auto shop, I was treated as an equal and was one of only three students picked to demonstrate how a spark plug worked. That one gesture sent me a clear message that I belonged in the class as much as the boys.

But in eighth grade wood shop, the teacher was openly hostile to me and one of the boys purposely and maliciously broke my project (a toy train engine I had made for my little sister). That was a formative event in my life, and I was fortunate that the animosity was overtly hostile and not subtly demeaning.

Subtler forms of sexism can be more pernicious. A few years ago I attended a high school women-in-engineering event as a mentor, pointing out that a 3D printed toy train on display at the school, which was made of plastic, had been created by women students. When I told the man teaching that class about what had happened to me as a wood shop student, his response to my story was that the boy probably broke my project because he had a crush on me.

If at the time it happened I had been told that having my project ruined meant a boy liked me, and that I had no right to my anger and hurt, I might have turned away from engineering. Now, with the advantage of age and experience, I politely followed up with the teacher from my school visit and let him know his comment was unintentionally sexist.

There are other, more easily perceived examples of how women are discouraged from taking up engineering and science. One involved my friend’s middle school daughter, who walked into a robotics club, saw no other girls and left. Although fighting for equality is hard and feeling different is discouraging, I stayed in the field. I was never encouraged to be an engineer by teachers, family members or other adults.

It may be taking decades, but society is changing, very slowly, and there is a lot of change left to make. I’m 50 years old and at a point in my life now where I do not care as much about what other people think, which is why I assertively speak up when men demean me, and also why I have had unpleasant exchanges when I choose not to ignore abuse and slights. I’m an engineer because I stubbornly wanted to take up the profession which I was told I wasn’t allowed to.

All engineers can promote diversity. Consider small changes to make the spaces around you more welcoming and correct your peers when their comments and actions exclude others.

Most of the time, engineering excites me. I love the challenge of organizing data into patterns, the thrill of solving a difficult problem, the satisfaction of presenting a client with a custom solution. Sometimes, it is just not worth my mental effort to correct sexism; other times, I must speak up. When I struggle to be treated the same as male peers, the effort exhausts me. It shouldn’t have to be this way.

Robynn Andracsek, PE, is a senior air quality engineer at Providence Engineering and Environmental Group. She can be reached at robynnandracsek@providenceeng.com.