The Brent Spence Bridge carries interstates 71 and 75 across the Ohio River between Cincinnati, Ohio, and Covington, Ky. Before the pandemic, daily traffic averaged more than 163,000 crossings per pay, but that traffic came to an abrupt halt on the morning of Nov. 11, 2020, when a crash involving two trucks sparked a fire that shut down the bridge and left officials unsure when it would be safe to open again.

Kentucky Transportation Cabinet began procuring steel for repairs to the two-deck cantilevered truss bridge the same day, even before a contractor was selected, which helped expedite the repairs. They brought in engineers from Michael Baker International’s Louisville office, and inspectors were able to begin working on the bridge the next morning, using rope access techniques, lifts and drones to identify the heat-affected zone and ensure the structure’s stability during the project. Contracts for the repairs were ready within five days. 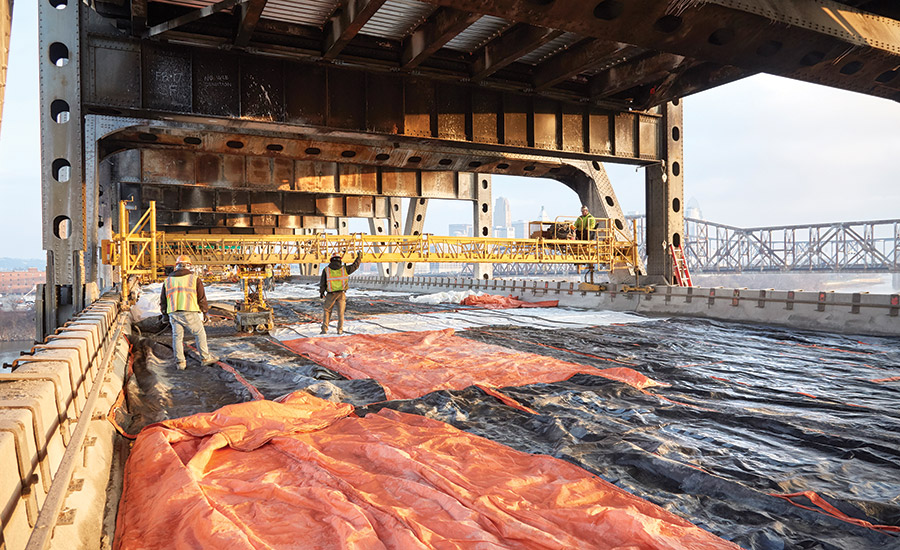 The team set up a “war room” at a nearby county emergency management office. Personnel from the Ohio Dept. of Transportation and Federal Highway Administration also provided resources. “The human capital that was brought to bear on the project was really remarkable and a great tribute to the owners and their ability to get this work done,” says Jason Stith, Michael Baker’s bridge technical manager on the project. 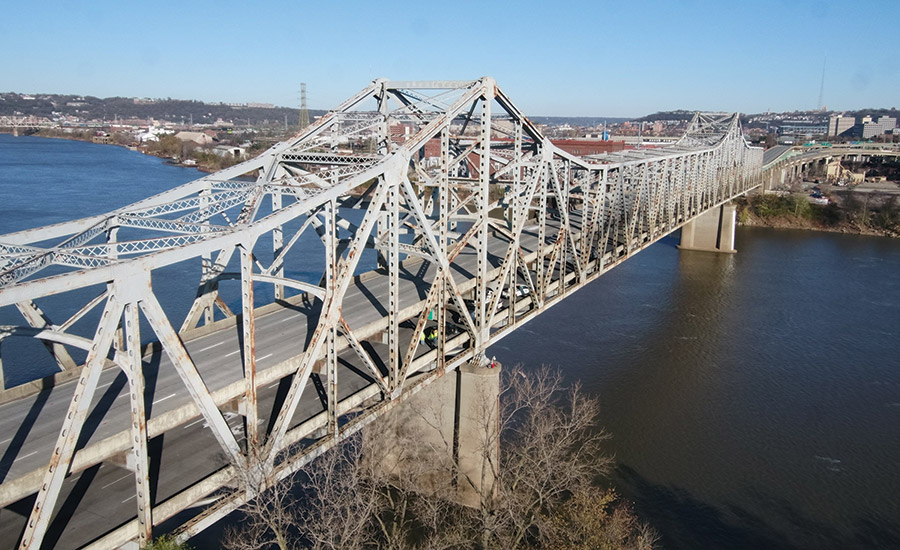 In Louisville, Michael Baker personnel pulled bridge plans and shop drawings, and tested samples to determine the extent of the damage. “When you get fires above 1,500°F, that’s when you start to see a potential chemical change within the actual material,” says Anna Klenke, bridge department manager at Michael Baker. For efficiency, they decided to replace damaged components in kind wherever possible.

Fortunately, the main truss members were not damaged. The team replaced 150 ft of the upper concrete deck, steel stringers and lateral bracing. On the lower level, they replaced the deck surface and barriers.