On Nov. 11, 2020, a trucking accident on the Brent Spence Bridge—a key thoroughfare between Covington, Ky., and Cincinnati—caused a fire that damaged the double-decker cantilevered truss bridge’s upper deck floor system steel, drainage, deck, barriers, electrical components and the lower deck’s overlay. The Cincinnati area was already dealing with detours from emergency work on the Columbia Parkway, so losing a major river connector for long was not acceptable to the Ohio Dept. of Transportation or the Kentucky Transportation Cabinet (KYTC). Engineer Michael Baker International, contractor Kokosing and KYTC set up a war room to coordinate preconstruction work encompassing five areas: maintenance of traffic, inspection, design, public awareness and construction procurement. All five progressed in parallel and were communicated to the highest levels of Kentucky government to ensure resources were available and to remove any obstacles to progressing project delivery. Michael Baker had personnel inspecting and working on the design and contract repair documents within days. This allowed designers to receive real-time information from inspectors using rope access techniques, lifts and unmanned aerial systems to inspect the structure. Once the area of the heat affected zone was known, the design team determined the type of members and components that would require repair or replacement and an expedited timeline was initiated. All contract repair documents were developed within five days. The bridge reopened just 41 days after the accident, with the project finishing under budget and ahead of schedule. 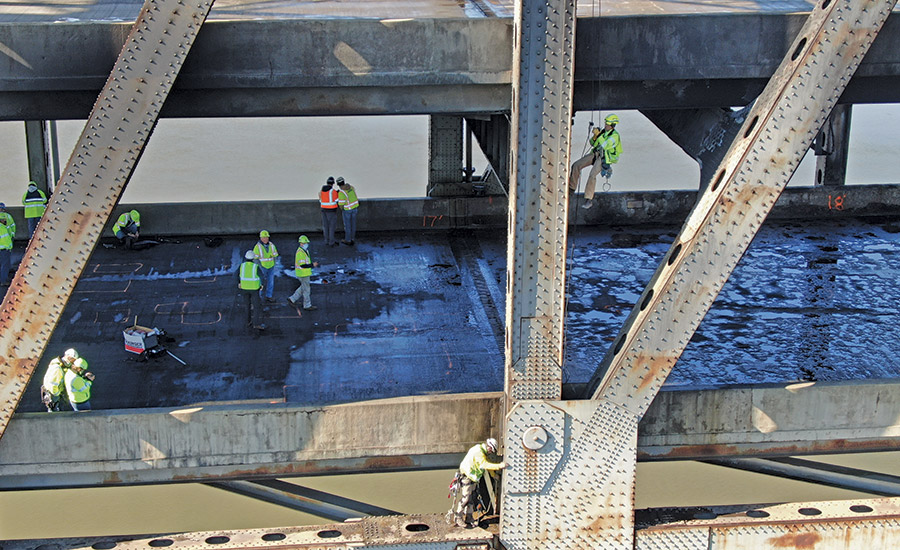 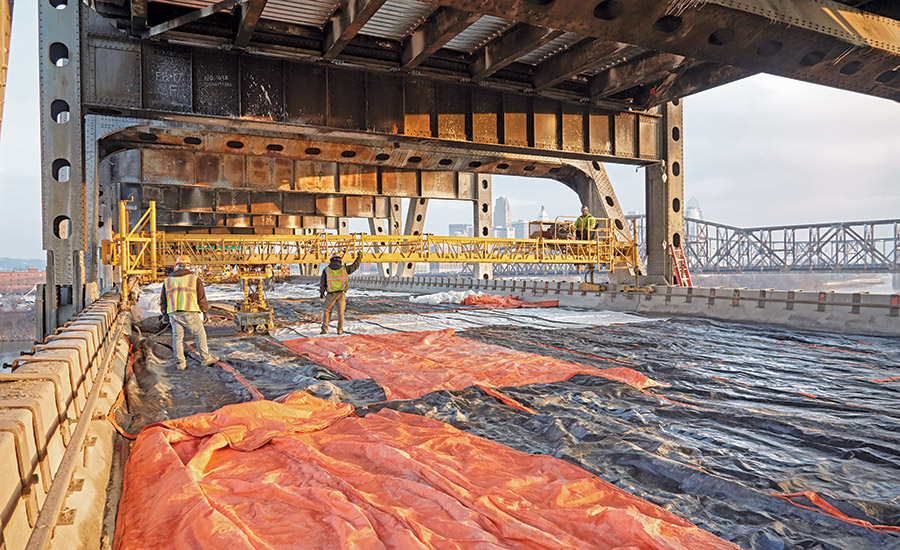