To deliver the AIRA Residences project in Kuala Lumpur, builders had to overcome the differing challenges of transforming an existing 17-story, 64-unit residential structure built more than 40 years ago into a near replica of the sparkling, brand-new 18-story “twin” they were constructing next to it.

For instance, the design for the new 18-story, 105-unit Tower A structure—which features a facade comprised of glazing with glass fiber-reinforced concrete and aluminum cladding—allowed only limited headroom for MEP installations to accommodate the taller ceiling heights of a luxury residential building.

As a result, the contractor early on switched the structural system from conventional reinforced concrete slabs to prestressed concrete elements, says Bojan Petkovic, construction project manager at Turner International. “Constant improvement of coordination between various trades” also was key to keeping construction on schedule, he adds. 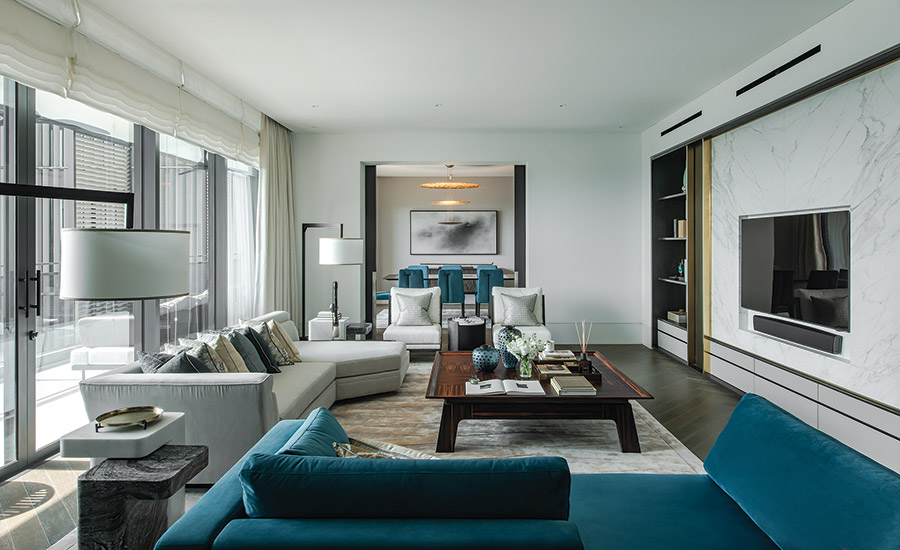 At the same time, transforming Tower B—the existing residential structure that was built in the 1970s—into the same modern style of Tower A would generate its own unique hurdles, including the need to match the older building’s exterior and interior details, such as ceiling heights, with that of the new structure. 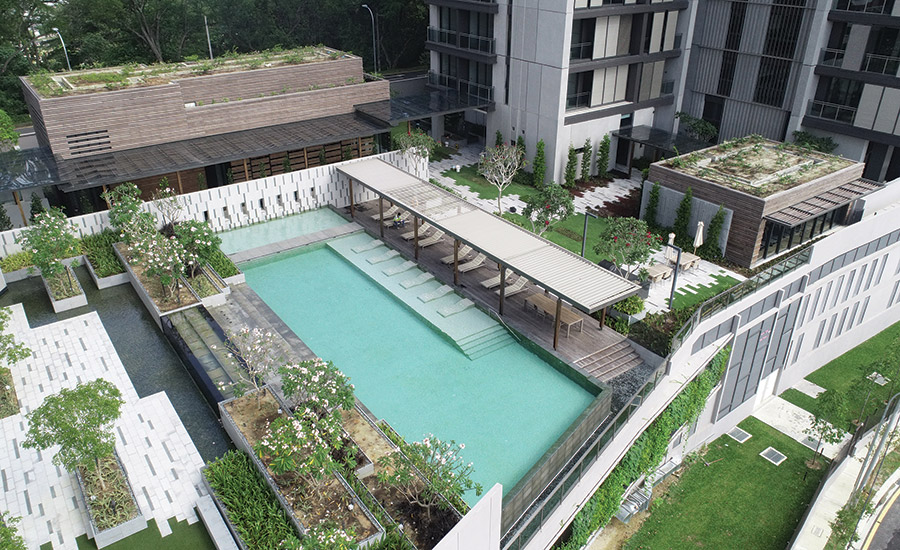 Also, contractors needed to strengthen beams while also reducing the depth of existing floors to achieve the designed ceiling heights that match those of the new tower.

Moreover, since Tower B originally featured more corners and angles than did the new building’s design, contractors extended the existing slab in certain areas to enable the older structure to more closely reflect the shape of its newly built twin.